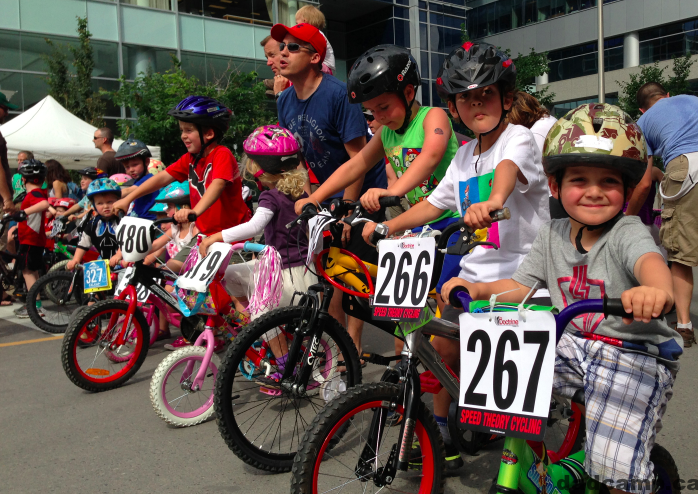 [twitter]Two weekends ago, Zacharie couldn’t ride a bike without training wheels, and Charlie insisted on riding a tricycle and being pushed. This weekend they were both riding in their first bike race.

Speed Theory has a great event before their downtown Criterium race. As they’re making the final preparations for the adults to do their ride, they open their course up for kids to take a lap. 3-6 yr olds, 7-10 yr olds, and 11-13 yr olds each line up and then blast around the course.

The Kids Crit is a free race where kids get a number for their bike, and a medal when they finish. It’s not timed, there are no standings, it’s just kids getting a chance to blast around a street course as fast as they can.

It’s a great way to get kids involved in competitive cycling, and a great carrot to dangle in front of a kid who has just learned to ride his bike. I told Zacharie about it when he was in Pedalheads, and he was determined to learn to ride a bike so he could race. 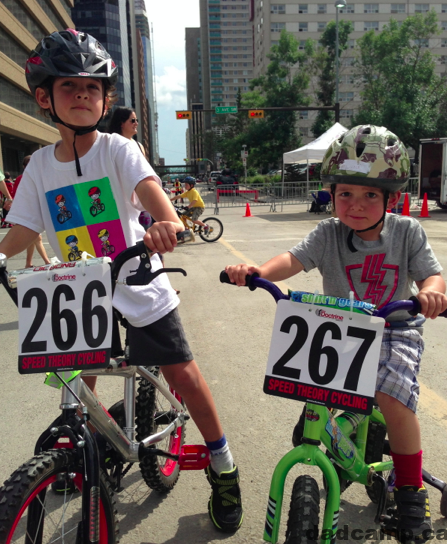 After his week at Pedalheads, Zacharie was raring to go, and Charlie was convinced that a bike with training wheels beat the stink out of a push trike. The boys are hooked on cycling, and this race has been circled on the calendar with anticipation. 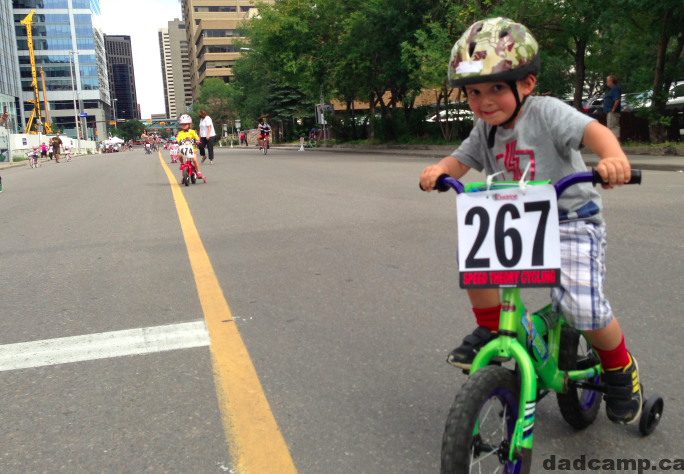 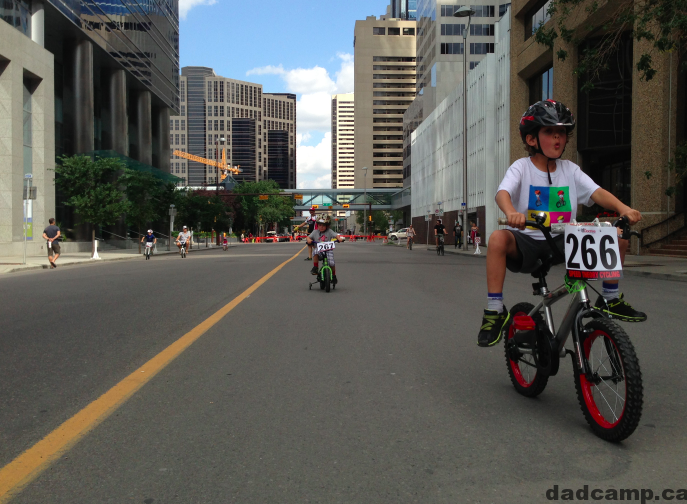 Z had a serious game face on for the ride, Charlie pedalled with glee, and the boys immediately asked to get back on their bikes the moment we got home.