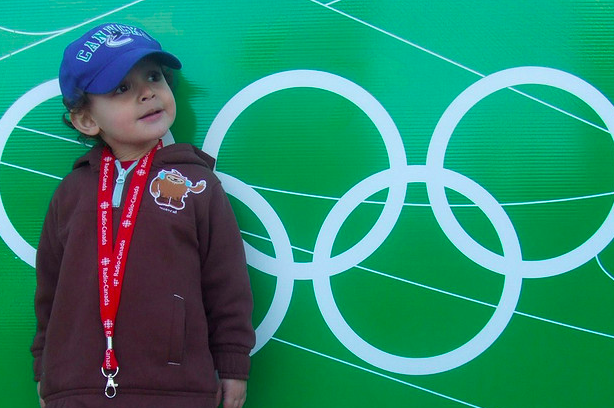 [twitter]I have long wrestled with which activities to put my kids in. We have over scheduled, underscheduled, and just regularly scheduled them.

Compared to the Mom/Dad Taxi service I see other social media people talk about, I think we’ve underscheduled our boys. As it stands now, they’re each in swimming lessons through the fall on Wednesday nights. That’s it.

We had talked about putting Zacharie in indoor soccer, but my wife balked at the Tuesday evening / Saturday morning scheduled declaring it “too much.”

“No,” I argued, “our friend who has 25+ hours a week with her daughter in gymnastics is too much. This is just kids getting active.”

I feel like I’m depriving my kids of activity and exposure to sport, but we are trying to balance cost and time commitments and family time. We have a membership to a rec centre with drop in swimming, skating, and rock climbing. So we get active that way.

Zacharie is only 6 and I still think a lot of my worry is misplaced. He’s still young and has lots of time to figure out what he likes and wants to pursue. So many parents are pushing for elite sporting streams so early, that I feel that pressure and project it upon my situation.

I’ve managed to resist buying in to it, but I still feel it and gnaws in the back of my head.

There is, however, one thing that I will push for – the Olympics. 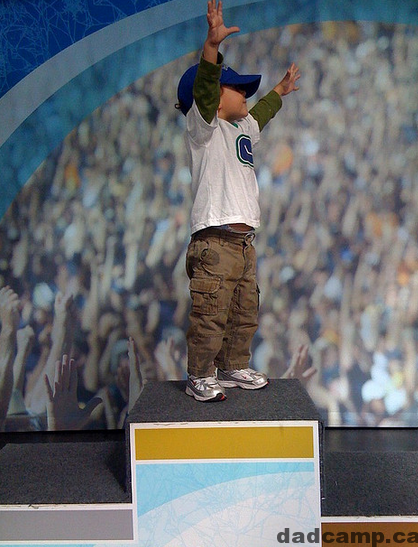 When Vancouver played host to the 2010 Olympics, we decided after watching the opening ceremony we would go and experience it for the day. We grossly overpaid for flights to get to Vancouver and spend 20 hours bathing in the Olympic Spirit, but we did it. 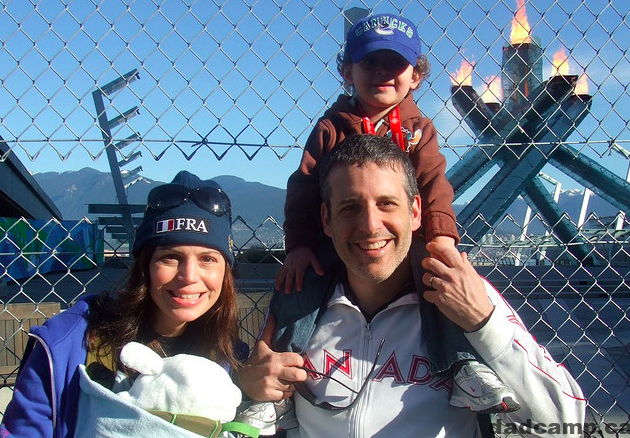 In Calgary, we live 4 blocks away from a ski jump tower. 5 blocks away from the top of a bobsleigh track. Calgary is an Olympic city and home to the headquarters and coaches for many of the national teams. In the winter, we’ll go and watch the World Cup circuits come through town and cheer on the elite amateur athletes. 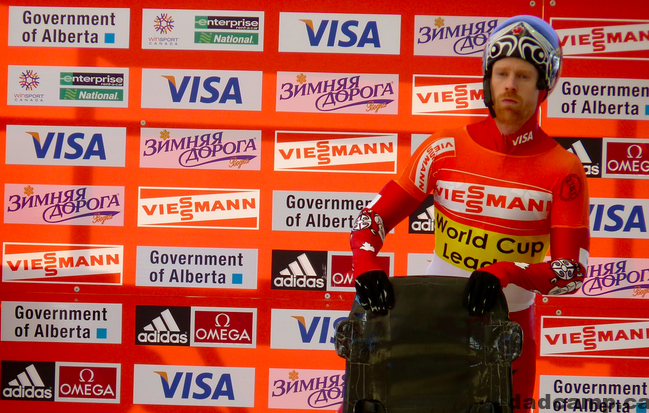 Zacharie’s first skating lessons were at the Olympic Oval in Calgary and I would get chills walking in to the arena. Some people get that tingle walking in to an historic church. For me, that rink is a holy place of sport. As Z took his tentative first steps on the inner ice, national teams would circle around the outside with logos from Japan, Russia, and Canada. It just felt right.

The picture of Zacharie sitting on Alex Bilodeau‘s lap holding his ‘gold medal’ is still one of my favourite pictures. 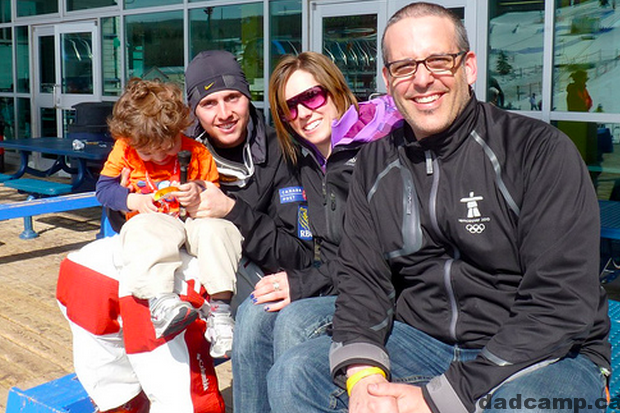 So I look at that luge track and stare at that ski jump and I say to myself “one day. One day Zacharie will try those sports.”

I have a great tool to get him thinking about it too. Lucy Tries Luge s the first book in a Kids Love Sports series from sports reporter and author Lisa Bowes. It’s great for young kids in kindergarten and Grade 1 (right in my boys’ wheelhouse). It’s a celebration of amateur sport and trying and .. luge. 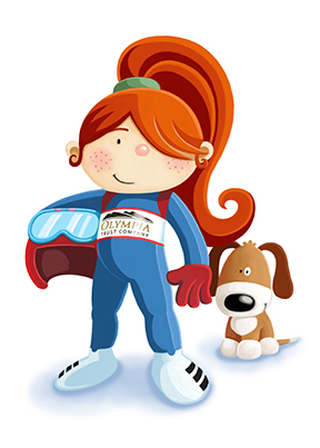 “My vision for “Lucy Tries Luge” was to create a series of books that will connect Canada’s Olympic role models with our nation’s youth,” said Bowes. “I chose luge as the first book in the series because sliding on our backs down snowy hills is one of the first recreational activities we all enjoy in the winter as children. And being a mom, I know how much kids love speed!”

With her parents support, the main character, Lucy, overcomes her fear of sliding when she jumps on her new sled for a speedy adventure. The book connects students to the national team and introduces them to a great new sport they already are likely pretty good at.

While Zacharie needs to be 8 before he can officially be recruited to the Luge Canada youth program, along with the book I’ve already started getting him ready to handle the speed by taking him down the best toboggan hill in Calgary.

I know we’re not supposed to be Dance Moms and pressure our kids to succeed where we failed. But we are the ones with the responsibility of exposing them to different sports and activities. I will choose to expose Zacharie to luge, once he’s old enough. If he loves it and he’s good at it, great. If not, well, there’s always the ski jump tower.