[twitter]If you have boys you know: size matters.

Already on the bucket list of my son’s short life we have paid a visit to The Biggest Truck In The World. Today, we had the excitement of seeing The Biggest Plane In The World, the Antonov An-225 take off from Calgary International Airport.

The Antonov An-225 was built in 1988 in the Ukraine as part of their space program. It was mothballed when the space program ended, but was brought back into service in 2001 as a commercial cargo plane.

Some of its missions have included delivering construction machinery to quake ravaged Haiti, it has also been contracted by both the Canadian and US governments to transport military supplies to the coalition forces in the Middle East.

Other missions have been record setters: 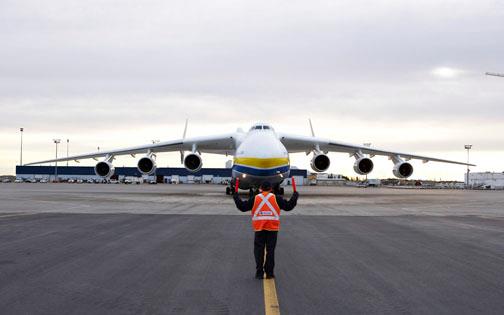 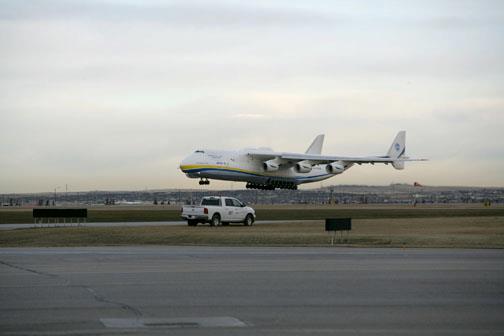 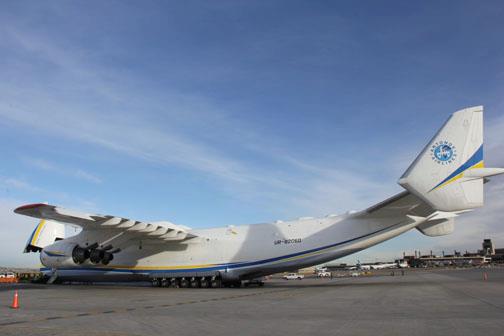 STATS
It’s debatable as to whether this is truly “the biggest” on earth, as the Hughes H-4 Hercules (The Spruce Goose) had a wider wingspan and was taller. But Howard Hughes‘ baby only flew once, making this beast the biggest plane in history to fly multiple times.

Here are the measurements of the AN-225:

For this visit to Calgary, the Antonov was paid $1M by Enerflex to deliver natural gas equipment to Nigeria via Bangor, Maine.

Up next? By request of my son, he wants to see The Biggest Boat In The World. He’s already seen the video of Oasis of the Seas on Megastructures, now he keeps pointing to Florida on the map asking for a visit.