There are Sutters, Tkachucks, Nylanders and Stastnys in the NHL this year. There are a lot of second generation NHL players in the league now.

Claude Lemieux and Louie Debrusk got to see their sons score in the big league as rookies this year.

It’s one thing for us to fulfill our own dreams and make something magical of our lives, but to have your child be so inspired by that path that they follow it?

Just look at Debrusk’s reaction again when his son pots one in the show.

I know that feeling. Well, a little bit anyway.

My sons have said they want to be everything from scientists to spider-man ninjas to professional soccer players to garbage men. They’re 7 and 10, I don’t expect them to have a full career plan formulated just yet, but every now and again their dream lines up a little bit with things I’ve done – and I smile.

Zacharie has been chewing on radio station microphones his whole life. 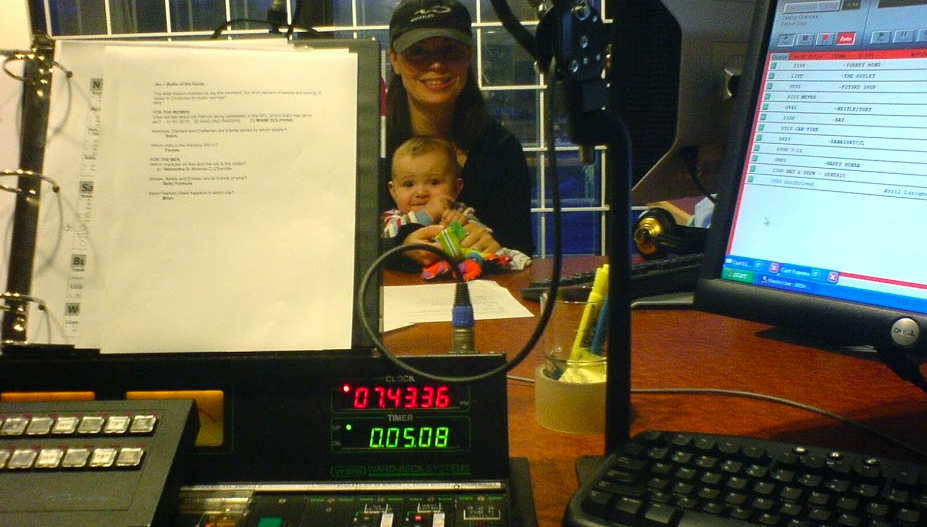 When he comes and spends a day with me at work, he likes to get on and introduce a song or say the call letters. I love it.

Charlie, on the other hand, is a little more shy. He hasn’t always been comfortable with a microphone or camera, and for the longest time didn’t speak up very much in class. He said his voice was “squeaky,” perhaps he had trouble being understood because of a strong lisp.

Whatever the issue was, it has disappeared. Charlie now has fun making YouTube videos and when I couldn’t attend a press event in Disneyland this fall, he went in my stead. 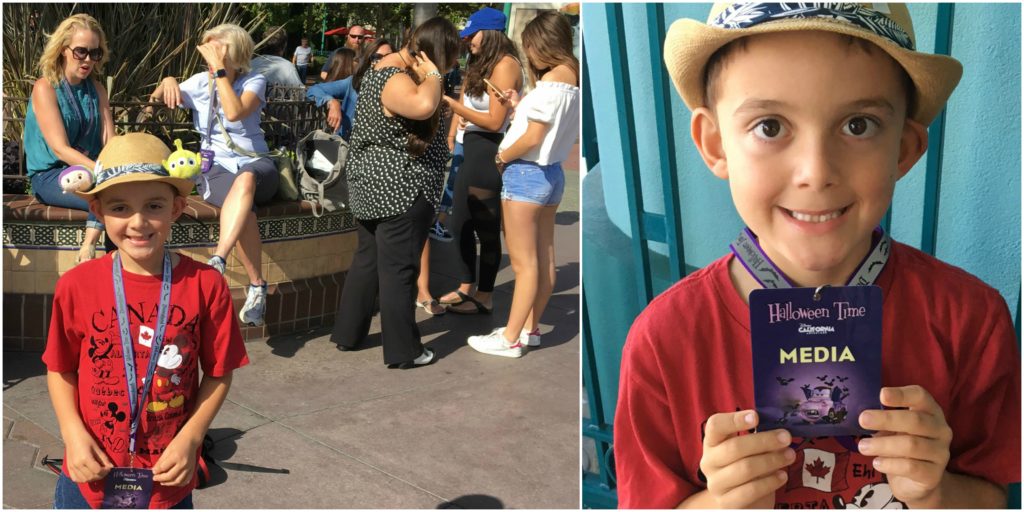 They had three stations set up at various place in Disney’s California Adventure where reporters and media types from around the world would stream through – speed dating style – getting clips for their various programming. And there, amongst all the seasoned pros, was 7 yr old Charlie getting his makeup done. 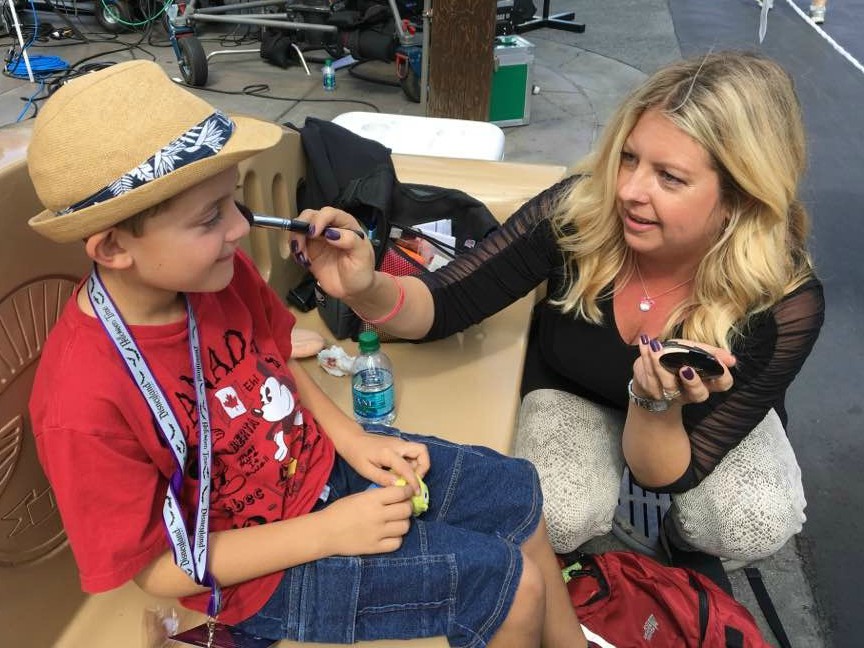 This wasn’t a rookie introduction to the world of on camera interviews. Disney’s California Adventure was open during this shoot. As he was saddling up next to the chef to talk about the special cookies Disney had for Dia De Los Muertos, hundreds of people were streaming by.

Some stopped and stared, some snapped pics, and the entire time Charlie was a pro conducting his interviews and doing his segments. 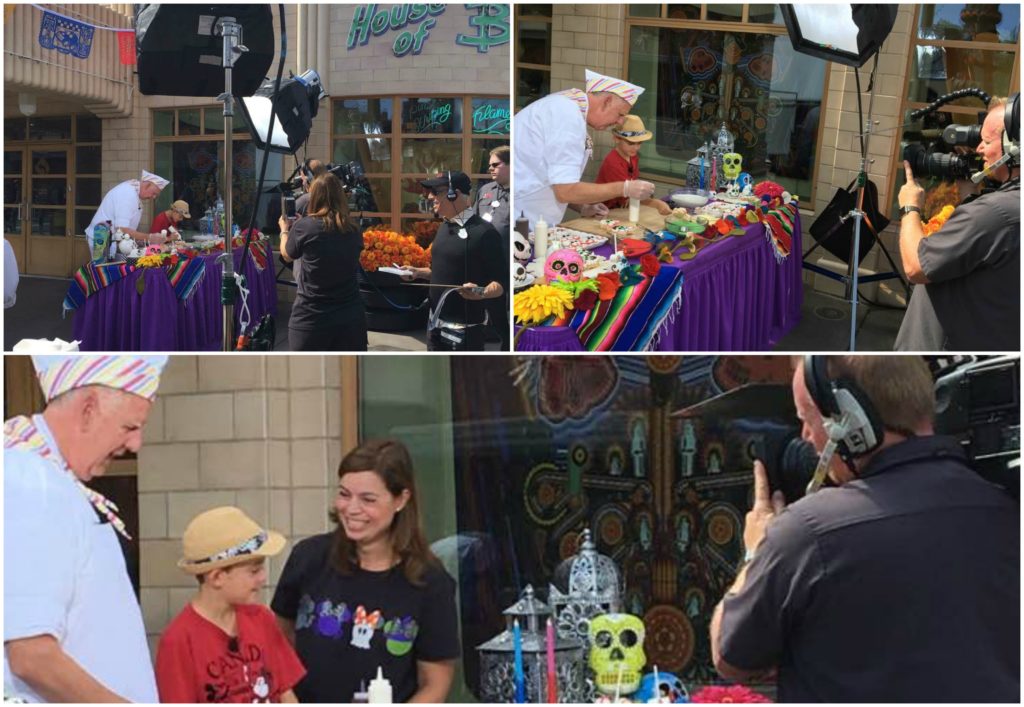 I mean it’s one thing to be a closed set with crew surrounding you, it’s another to be doing an on location shoot at a place like Disneyland with a massive audience .. and then you have to interview someone as famous as Mickey Mouse. 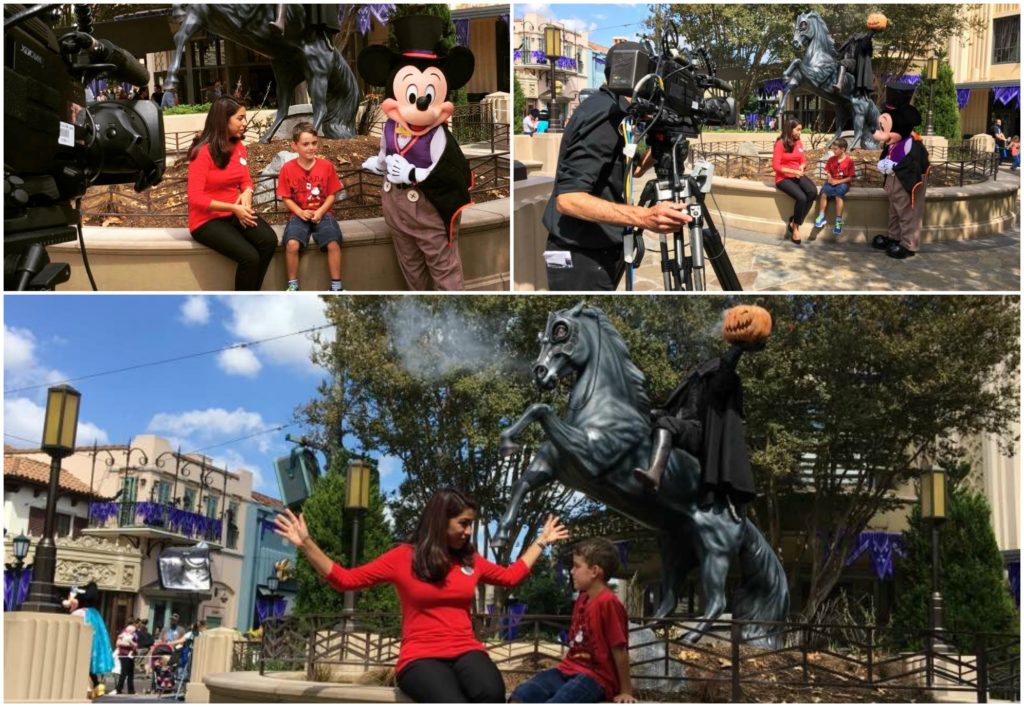 Just look at how close the camera gets!

It’s hard as a grown up to maintain focus and ask interesting questions and stay on topic in an interview, let alone a 7 yr old doing it for the first time ever. 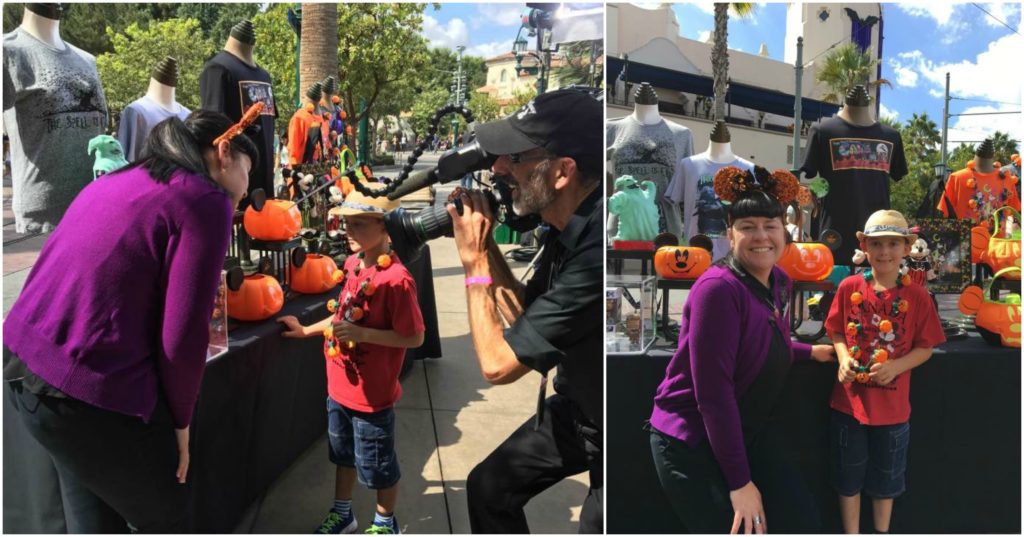 But Charlie was a pro. He ran through the segments with style learning about the cookies, all the Halloween decorations and the great lengths that Disney goes to for each holiday through the year to make it the most magical ever.

Here’s how his segments turned out:

And then at the end, Charlie realized the biggest perk of all about being a celebrity journalist. Just as daddy has collected autographs and photos with everyone from Gwen Stefani to Beyonce, Charlie grabbed one from the Big Cheese himself. 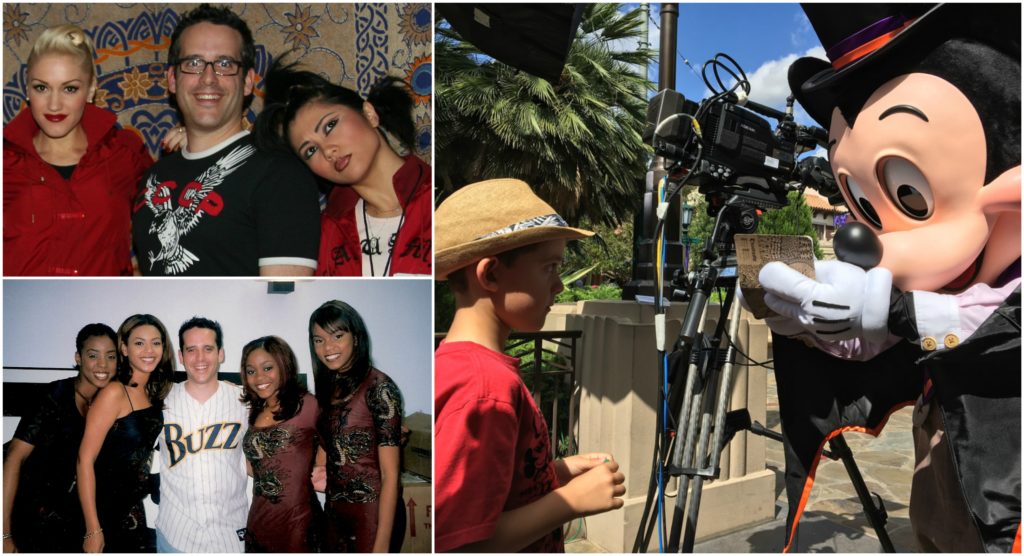 I don’t know if Charlie is going to go into a career in media, but for a day he filled in for me like a pro and I felt like he had just scored a goal in the big leagues.

Disclosure: a portion of our expenses for the trip to Disneyland were covered by Disney Canada.