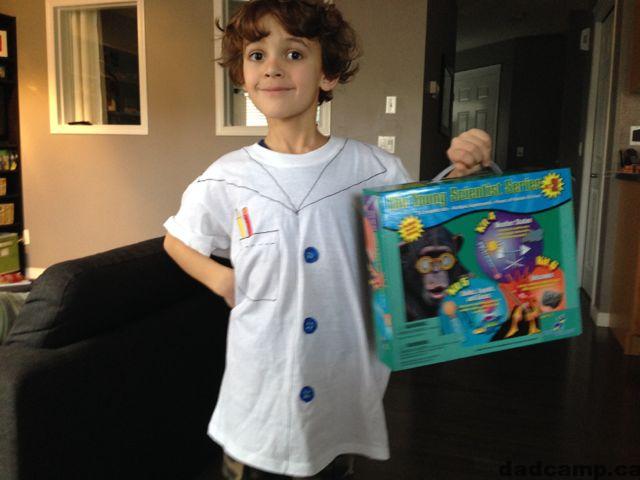 [twitter]There are many “activities in a box” you can subscribe to with activities for your kids. The boys each received a box from their uncle from The Young Scientist Club.

Each box contains 3 different experiments which has led to us creating “Science Sundays” where we work through one of the experiments.

Science Sunday #1 had us working with Kit 4 from Set 2 to build a weather station.

Winter has been nasty here this year, people. The temps have hit -30 to -40 at least 3 times, and we’ve had almost double the average snowfall through the first 2 months of winter (yes I know winter starts December 21, but the snow starts falling here around Halloween).

So a series of weather experiments was right up the boys’ alley. We were going to build a weather vane, a rain gauge, a barometer and thermometer.

First things first, we’re skipping the rain gauge. It’s snowing right now and we can measure that with just a ruler outside, it won’t rain again until May (if we’re lucky). 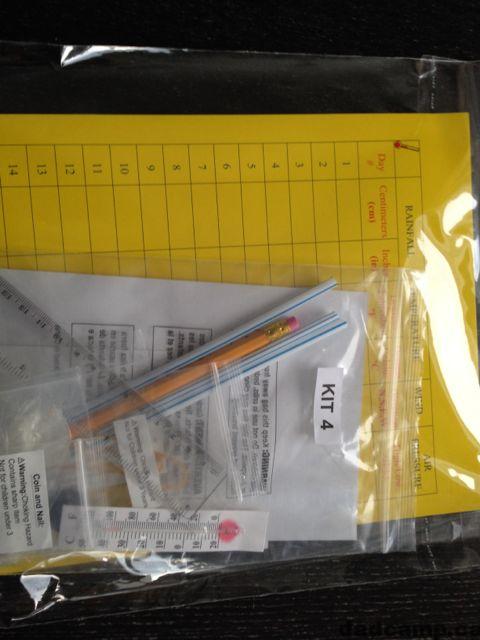 The thermometer gadget in the box was broken, so we weren’t able to do that experiment, and another one required a 2 litre or 500 ml pop bottle. Beer bottle? Got it. Wine? Got it. Soda? Don’t got it. This experiment is on the back burner making it also a good idea to crack the box and assemble instruments before promising the kids what you’re going to do.

Next up was a barometer to measure atmospheric pressure. It was easy, and it worked! You stretch a balloon over a jar and tape a straw to the middle. You draw a line on the cardboard where the straw is at rest and then watch it moved based on increased or decreased air pressure.

Over the course of the week we watched it moved up and down based on the temperature and cloud cover. The boys thought this was awesome.

The final experiment, to measure windspeed, was also a fail.  The idea it to build a weather vane out of cardboard, straws, and a pencil.  The card stock included in the kit was too heavy for the straws and it didn’t come together at all. Once we had it all built it easily fell apart, and didn’t spin in our 40km/h winds. 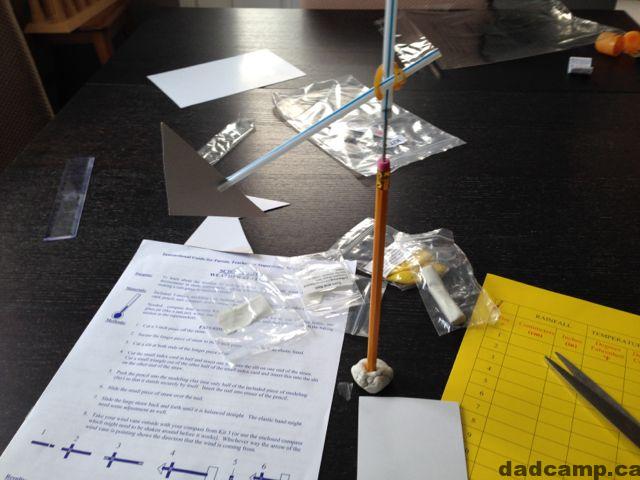 All in all, I am a fan of the concept of The Young Scientist Club kits. Still to come we are going to build volcanoes, test magnets, and other sciencey things over the next few weeks and I’d be interested in getting more kits on subscription. 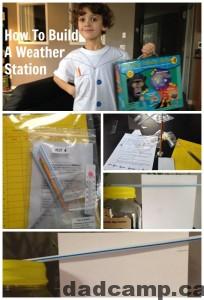