Sheera Frenkel is a reporter with the NYT who had a story land on the front page this week. TV news outlets got all up in her dms instantly requesting her for their programs. In the 24/7/365 news cycle, the beast must be fed every second the clock. When news breaks it breaks now, happens now, and is covered now.

They wanted her, and Frenkel felt the pressure to say yes. She frantically juggled her work and family life to make the tv appearance, but then took to twitter in a rant about what life is like as a “working mom.”

I’ve got many problems with what happened and her reaction.

Here’s a story about what it took for me to appear on MSNBC this morning for five minutes to talk about my front-page story in the NYT. Or: Why it is so hard for working moms to have it all. (Thread)

I woke up at 5AM to my 1-year-old melting down in her crib. When I got up to put her back to sleep, I saw 6 missed calls on my phone. A few TV networks were asking if I could come on air. Happenstance #1 – Had the kiddo not woken up, I would have never see these messages in time.

Most of the requests needed me in a TV studio by 6-7AM, which is pretty impossible for most working moms, unless they can afford live-in or round-the-clock help. Most daycares and nannies start between 8-9. So immediately, the morning shows were out.

I was lucky, my mom was in town and could swing over on short notice. I told the networks I could make a show by 8:30, but it would need to be a studio near my house. Pt #2 – Had my mom not been in town, and a trooper, i probably wouldn’t have been able to do any of the shows.

So now it is 7:30. Baby is nursed and dressed. Grandma is in place, and I’ve even managed to brush my teeth! MSNBC calls and tells me the studio is farther away then I thought, and my slot has been moved up from 8:30 to 8. I’m breaking the speed limit to get there.

I arrive in studio, and I get a miracle parking spot. (Pt #3) There is no makeup person, and even if there was, the makeup is all made for caucasians. The camerawoman sees my panic and buys me 2 minutes to slap on some of my own makeup. (Bless you camerawoman).

And I’m on! It’s a story about Russia and the midterms, two subjects I know a lot about. I’ve written about them extensively, for the NYT and others. But because I’m a mom to a (young) kiddo, I often have to watch (male) colleagues go on to discuss my work.

I’m not blaming the TV studios. They have slots to fill and the day’s news is often unpredictable. But this is just one example of how the system isn’t set up for moms, and why doing it all, at work and at home, is often a shitshow.

And here is the segment. Also, for those DMing me, yes I have a (great) husband. But he’s out of town and even if he wasn’t, heads to work every day at 7AM. https://t.co/ccQc40WyGZ

BEING IN THE NEWS CYCLE IS EXHAUSTING

I’ve gone viral with stories in the past. I know what it’s like to have your inbox filled with immediate request for comment. It’s intimidating, it’s suffocating, it’s stressful. You want to help, but the problem is everyone wants you NOW. It’s hard to do all the things.

I’m also in media, so I have been one of those people demanding time of people in the news cycle. We can be relentless and devoid of empathy in our requests. We know we have a 3 minute slot to fill, we know you’re in the news, we want you for our show. Media often treats viral guests as disposable; they get the story, and move on to the next shiny object.

It’s exhausting to be in the news cycle. It really is.

The immediate demands made of Frenkel weren’t completely fair. In an era of Facebook Live and FaceTime, having a guest come on a show live from anywhere in the world is possible – and acceptable.

Frenkel explained her scheduling issues and they should have let her come on remotely. We, as media, need to have empathy for our guests, appreciate how exhausting the news cycle is for them (not just for us) and make more efforts to make appearing on program easier for … working PARENTS!

IT’S NOT A WORKING MOM PROBLEM

Frenkel consistently genders her complaints by identifying what life is like for a working mom. She complains that networks aren’t accomodating to working moms, that being a working mom means waking up early with kids, and struggling to find care. Everything she talks about is through the lens of a “working mom.”

To be fair, that’s her reality: she’s a working mom. But it’s not a “working mom” problem, it’s a “working parent” problem.

We BOTH do that. When she was out of town for a week on business, and I had to be at the office for 4am for my radio show, I called on a friend to come to our house and sit until the boys woke up and then take them to daycamp.

I’m a working parent, and balance is a struggle sometimes. It just is. When you’re a parent, things change. I’ve even had to drag the kids to work with me on occasion, because sometimes that’s what being a working parent means. 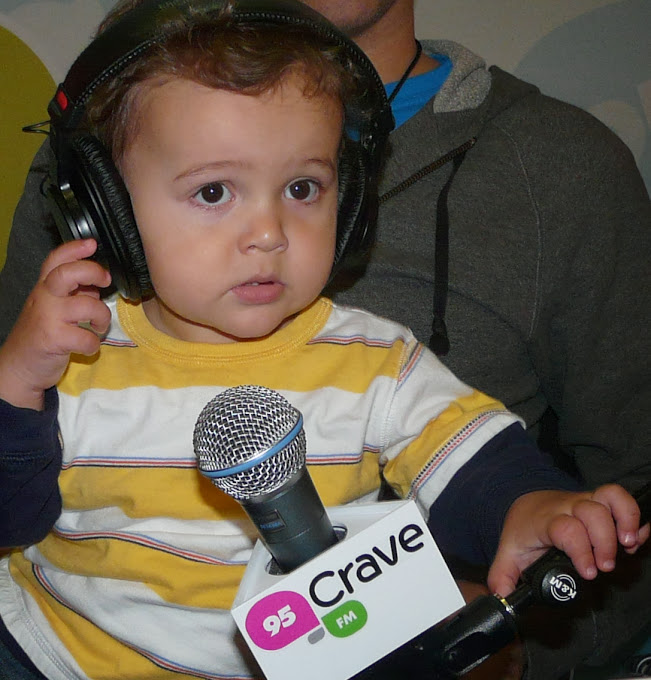 Today I was asked to host something important for my radio station but had to say no because it’s still summer vacation, the boys don’t have daycamp, we don’t have care, and I’m on duty to look after my sons this week.

It’s not a mom thing, it’s not a dad thing. IT’S A PARENTING THING.

To underline her issues as a women’s issue perpetuates misandrist and misogynist stereotypes that dads work and moms look after kids – that’s not reality.

The only solution to all this is to treat working parents equally. Josh Levs, author of All In, is working to break down the myths about moms and dads. So many workplace policies only focus on women as caregivers.

Check out his remarks here:

It sucks that Sheera Frenkel felt so stressed out by her media appearance requests. The networks should have been more accommodating. But Frenkel needs to step outside her gender bias and appreciate the struggle she experiences is one that men and women both feel. Shouting out that working parents don’t have it easy moves the ball farther down the field that complaining about what it’s like for working moms.

Dads are parents too.

Working dads need just as much (or more) support to be accepted as involved parents who juggle all the things as working moms do.