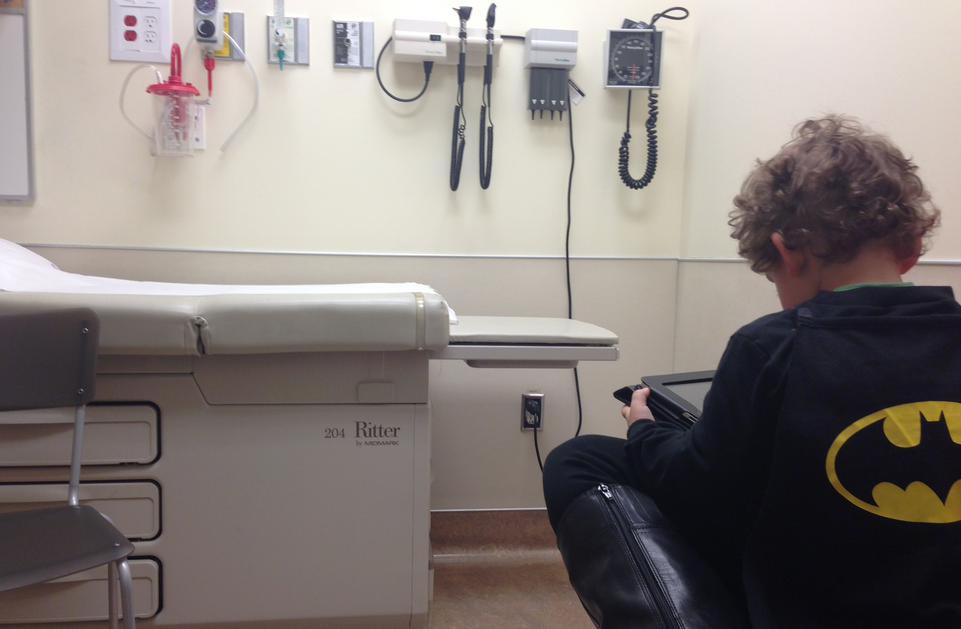 [twitter]We went to Alberta Children’s Hospital this week for a consultation with the surgeon.

Charlie loves the Alberta Children’s Hospital, it’s a huge building on a hillside that looks like it is made of Lego. Kids were involved in the design of the building, and it looks just like a building a kid would draw. Huge windows of different colors, as if it was made of Lego bricks. The only problem is once the kids get inside they discover it is not a Lego heaven, but rather a hospital.

Charlie has an inguinal hernia. The docs checked him out and confirmed he will need surgery. It will be a quick day surgery, it’s one of the most common surgeries they do at the hospital, but it’s still surgery.

Our baby will be under general anesthetic, and they will cut him open. It’s hard on his mom, but the Chooch is being quite a Super Hero about the whole thing.

UPDATE: Here’s a look at our day in the hospital for Charlie’s hernia surgery