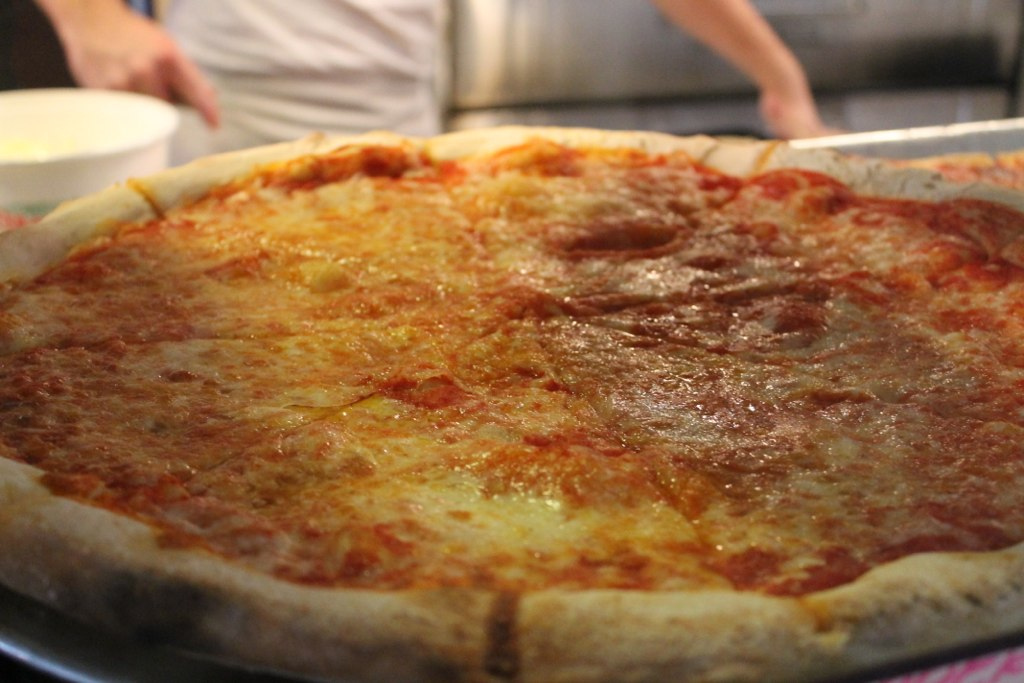 [twitter]It has finally happened. Zacharie has had pizza. And he liked it.

Zacharie is a picky eater. It’s noodles or rice pretty much every night for dinner alongside veggie dogs, or chicken strips. We’re lucky that he isn’t afraid of vegetables and will eat red peppers, carrots, and cucumbers without hesitation and corn, and peas with some pushing.

The closest he would get to pizza was the crust cut off slices we would eat, as long as there was no sauce or cheese lingering on the edges.

Even pizza lunch at his school, when all his ‘les amis’ get a treat, is something he gladly skips without hesitation or remorse.

Then, this weekend, at a bowling birthday party, a tray of cheese pizzas was brought into the party room. Zacharie politely asked for the crust to be cut off his pizza, and he inhaled the salty bread (as expected).

Then, as he tells the story, he was still hungry, and picked up a piece of the remaining centre of the pizza. Without hesitation he bit into it and — liked it. He liked it so much, that when we picked him up from the party he asked if he could take a slice for the car.

Now, I don’t know if I should be throwing a parade to celebrate that my son likes cheese pizza, but it is, at the very least, a step outside his picky eater comfort zone and a move towards a more varied diet.

This is, after all, the kid that used to throw tantrums at the mere sight of sauce touching his noodles.