Summer is Pride season in Canada when festivals happen and parades cross rainbow crosswalks across the country. Vancouver will have their party this August long weekend, Calgary’s will happen at the end of the month. I’ve had this post sitting in my queue since last fall and felt now was a good time to share it.

Those words actually came from the mouth of a kid my son plays with.

Zacharie had missed a tag during a game of football at recess and someone dropped a “why do you have to be so gay?” on him taunting him at his botched play.

Dusting himself off, Zacharie matter-of-factly responded with “there’s nothing wrong with being gay.”

“Being gay is bad,” came the disagreement from one of his classmates in the crowd.

And that’s the frustration that inspired this …

Zacharie is in Grade 5. His class is filled with kids who are 10 and 11. Some have older brothers and sisters and are exposed to different levels of media content than those who are the oldest themselves.

It happens. But does my blood ever boil when it happens.

I don’t know how the situation faded away and the game resumed, but the story was recounted to me later in the day by Zacharie when we walked home. A disappointed email was sent to the Principal, and conversations with kids were had the next day.

It’s the second time in the past year I’ve had to call in reinforcements to shake the foundation of my parenting peers. And it’s frustrating.

I am trying to raise boys who don’t see stereotypes, respect all people, believe in themselves, and show empathy to peers. Because of the proactive lessons and conversations we have shared with them since they were young, my wife and I have very kind, gentle sons who love the world freely with their whole heart.

The hardest part of parenting, however, is getting everyone on the same page.

Other parents aren’t as open. Their kids are exposed to stereotypes through media (or at home) and they just. don’t. get. it. the way Zacharie does.

So he’s met a wall. It’s that stereotypical jock wall put up by kids who play sports hard, play video games a lot, and watch movies far beyond their understanding. Some have older brothers, others just don’t have parents setting the same limits we set.

That’s all fine in the privacy of your own basement, but on the playground where all the parenting strategies mix and mingle, empathy is often shut down by headstrong ignorance.

So we had a conversation with the school admin where they appreciated the way we were raising our boys but explained that we were far ahead of the pack when it came to tackling issues of same sex relationships, gender fluidity, and just general empathy.

And it’s not like we’re thrusting the topics at my kids, we just bring them when they get brought up. When Zeke, a contestant on Survivor (a show our family loves) came out as transgendered, we hit pause on the show and talked about what it meant in words that a 9 and 6 yr old would understand.

Last week when we were camping I flipped on an episode of Comedians In Cars Getting Coffee with Jerry Seinfeld and Ellen Degeneres. A large portion of the show was talking about her coming out 20 years ago and how it affected her career. “Wait? Ellen is gay?,” asked Zacharie. I said yes, and Charlie immediately chimed in with “Good for her,” before reaching for another s’more and leaning in to watch the rest of the episode. 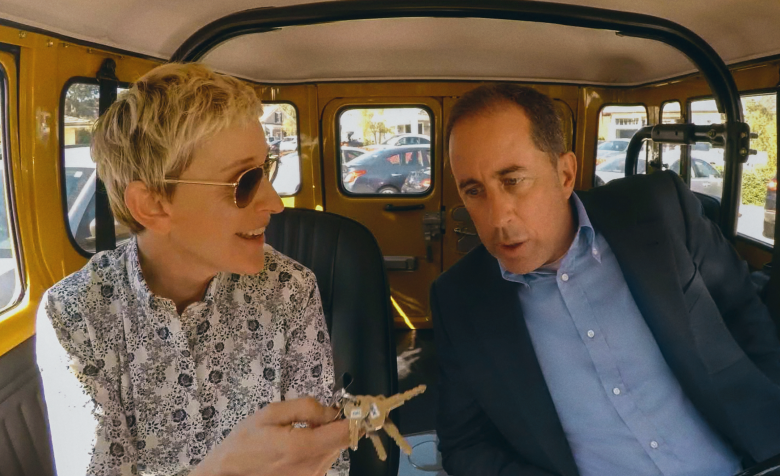 Last summer my boys met my cousin at a family reunion. When I explained to them this spring that they were transitioning and would now be known as Chris, again Charlie was first to completely understand and offer support. “Good for him!,” he cheered not remotely puzzled by which pronoun to use.

These discussions don’t phase my kids one bit. They’re not confusing nor complicated. They get it, they accept it, they move on. Those are the kind of kids I’m trying to raise. And, honestly, I wish other parents would make a little bit of an effort.

The lesson you need to teach your kids is simple: being gay is NOT bad.

Actually, you don’t even need to teach them that lesson. Kids are not born to hate. You have to actually teach them which things are bad because they’re so naive and eager to accept everything as good! When a child says “being gay is bad” to another friend they are exhibiting a learned behaviour and that crushes me.

I have a rainbow of love in my life.

That’s fine. You do you. I’m raising sons to have your back when you’re ready.

When the rainbow crosswalk in Vancouver was first painted, I made a point of visiting it with Z to explain to him the importance a symbol like that held. “It’s to tell us we can love anyone we want,” I told my then 6 yr old son. “That’s okay daddy, I already love everyone,” he smiled back.

Happy Pride, everyone. Love is love.