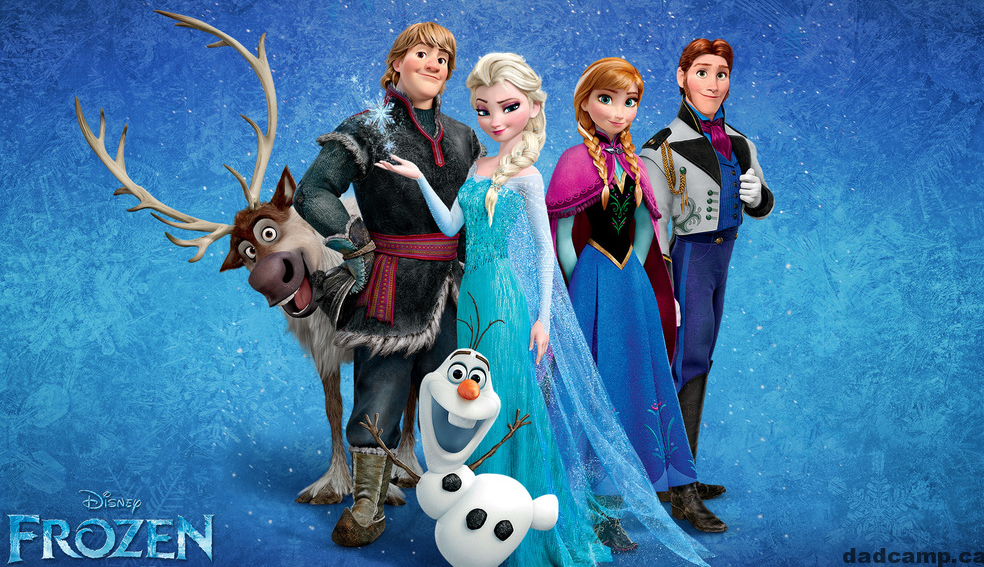 [twitter]I didn’t know. I mean, I should have known, but in the marketing push for the latest animated Disney offer I just saw “Disney’s Frozen” and it featured a goofy snowman, princesses with big eyes and rugged princes running up and down mountains. Seemed like your usual Disney royal fare, so we packed up and went this afternoon.

they started singing. Had I read even half of one review I would have known.

Had I seen that I would have sent Jen out to the movies on her own with the boys. But I didn’t.

Musicals drive me batty because of the phrasing. The songs aren’t structured the same way pop songs are, there’s much more narrative and the tone the performers use to sing is much more articulate and over the top. While I can handle some of the cast performances on Glee (Darren Criss’ version of Silly Love Songs is spectacular), Lea Michelle makes my ears bleed.

So it was I kept looking over at my wife through the first half of Disney’s Frozen with a painful “kill me now” sigh. I mean Kristen Bell‘s voice is wonderful, but it’s just .. so .. Broadway. The second half of the film has more plot and adventure, and less singing, so I started to enjoy it.

But really, is it about me? Here’s what the boys said:

Charlie  “Me thinked when the reindeer ate the snowman’s nose it was funny.”

Zacharie  “It was comme ci, comme ça. Well there was some funny parts, but there were some scary parts. I liked it when the bad guy got punched off the boat. And the other funny part was when she .. I forgot. But I remember the spooky part, when she got frozen solid.”

So they enjoyed it.

The climax is a little spooky for younger kids, if you’ve got them under 4 be warned that they might cry (a few in our showing did not like what happened and were upset until the scene was revolved).

All in all, it was a fun afternoon at the movies, but the singing.

SEE IT OR SKIP IT?
If you love musicals, see it. The kids will love it. If you don’t like musicals, then make this a one parent escort day and skip it.

I could put up with it again though, if it meant winning a trip to Norway with Cinplex’s Contest. Check the details here.