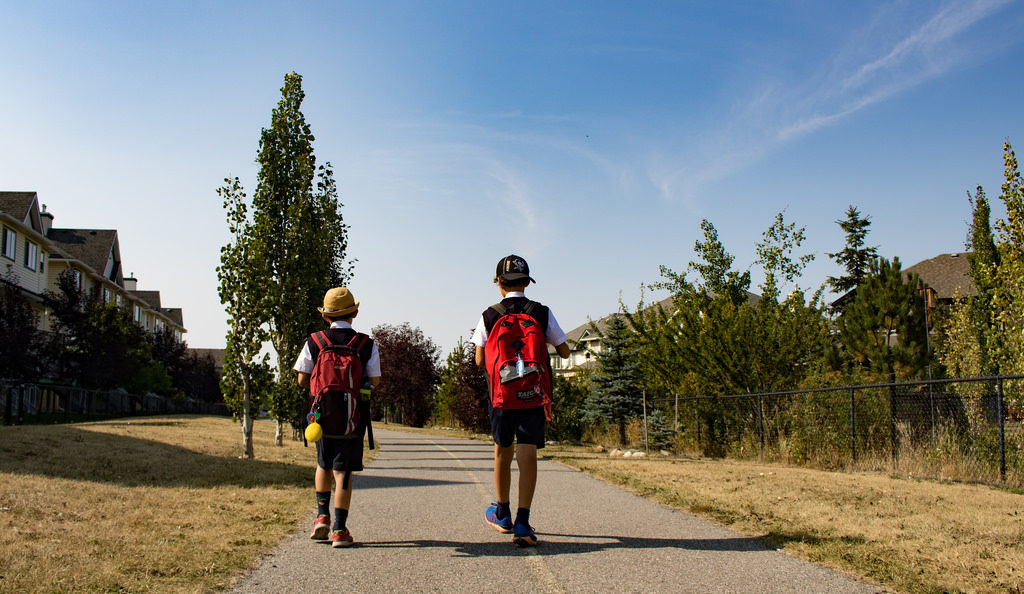 When is your kid old enough to walk to school alone?The answer is easy, really: use your gut.

You know your kids, you know the circumstances for their commute to school or the bus, you’ll know when they’re ready.

I know my kids are old enough, they’ve done it a handful of times already, but I’m not ready.

I still worry about the crazy crosswalk across from the school with people screaming through the playground zone, faces in their phone. Just yesterday I had a guy on a phone zoom past me in a crosswalk and then have the gall to get out of his car and challenge me when I called him on his distracted speeding driving.

I trust my kids to walk home safely, I don’t trust the adults in cars they would encounter along the way. That’s the first reason, the second reason? I actually like walking home with them. We live 3 blocks from school, so I get a few brisk blocks of fresh air on the way there, I get some time talking to teachers and other parents milling about after the final bell, and then I get some no-phone, no-iPad, no-tv time as we walk back to really talk about their days. It’s during those 20 minutes walking back from school that I get the best insight into what is going on in their school lives, and I wouldn’t trade it. 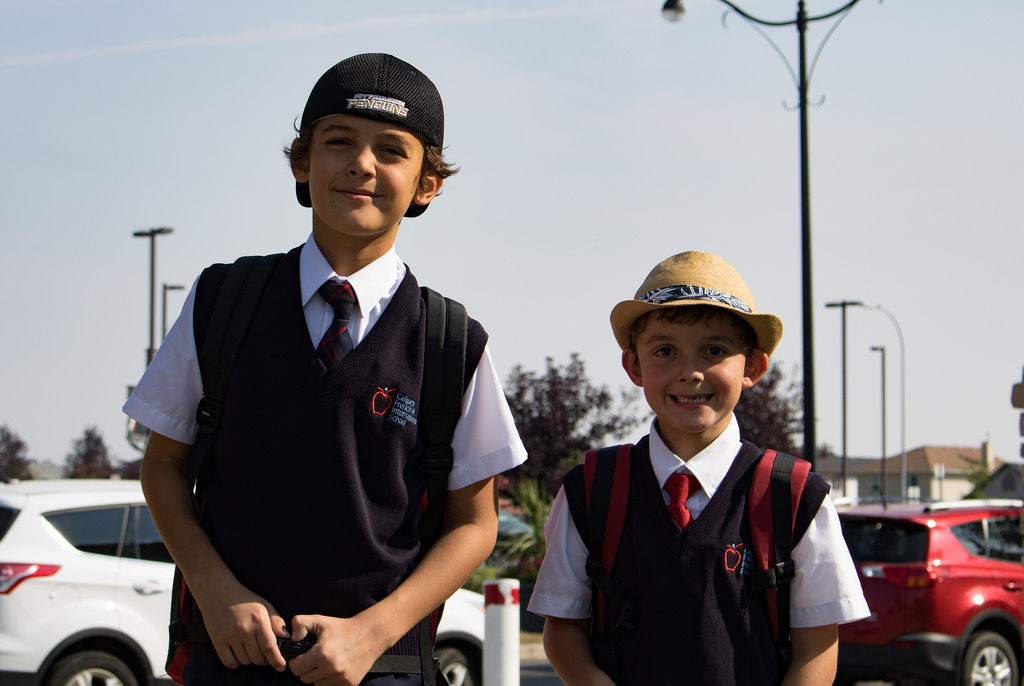 So I don’t let me kids walk home alone. Your circumstances might be different. I see kids of all ages in our community walking home alone from the bus stop after school.

I trust those parents did the calculations to measure safety figuring in walking distance and the fact the bus stops are on a quieter street away from the craziness of my sons’ school parking lot.  As I walk to pick up my boys, I see many of the kids walking alone, I say hello and keep going.

But what if I was bubble wrapped in fear and took exception to how these parents were letting their kids walk alone? What if I took my traffic precautions and projected it on their circumstances? What if I thought that 7 yr old I see off by himself was in danger?

What if I called child services and reported those parents? Someone did that to Adrian Crook.

He’s a single father of 5 kids and writes about living a minimalist lifestyle with kids in the city. They ride bikes or walk. If they need a car, they use a car share service. For the past 2 years he’s been training his kids to take the bus to their school near their mom’s house on their own.

And, as a blogger would do, he wrote about it. And then someone reported him. He was investigated by child services who noted he was a proactive parent that was doing everything right by training his kids and giving them the confidence to look after themselves.

And then they said if he did it again, his kids would be taken from him. Seriously.

His story has been widely reported, and Adrian has had a wildly successful crowdfunding campaign to hire lawyers to challenge the BC Ministry, but in the meantime his kids have lost their independence. If they so much as cross the street to 7-11 alone to get milk, he’s in trouble.

So when are kids old enough to walk to school alone? Perhaps the answer isn’t trust your gut, but it’s trust your neighbour’s gut and hope they don’t call the government on you if they’re a little uptight.

Oh, and stop speeding through school zones staring at your phone and being an ass in the school parking lot. While I do love the walking to school time with my kids, I wouldn’t mind giving them some independence and just meet them halfway at a park.