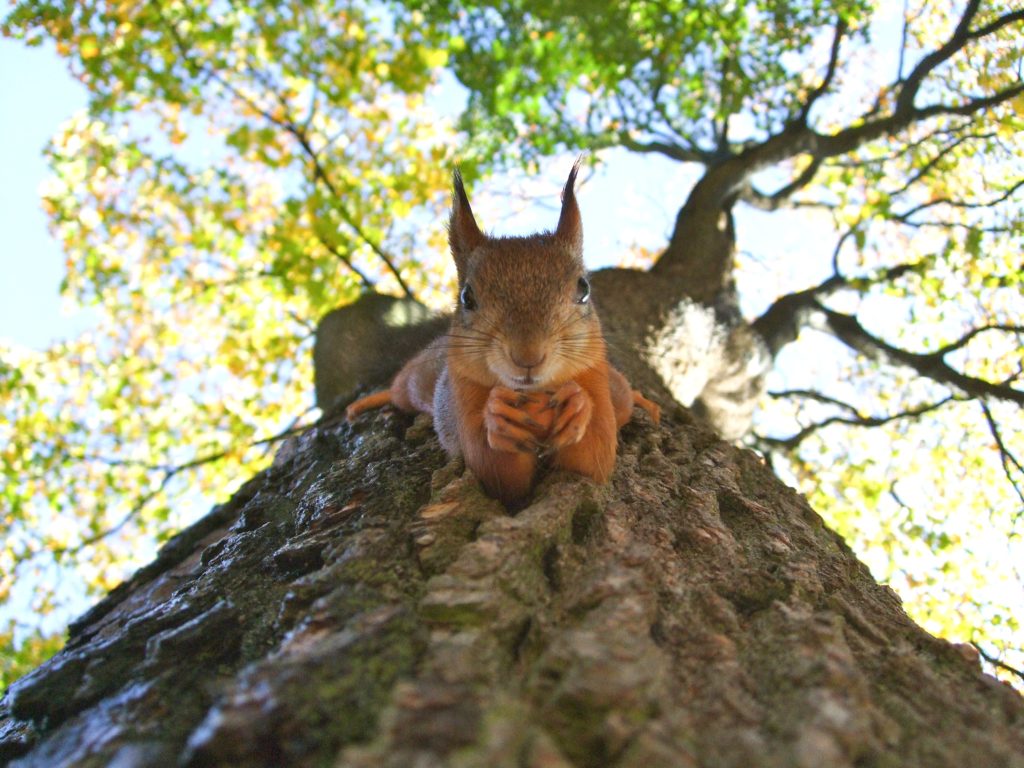 “Bye Skid Mark!!” my 7-year-old son Zacharie screamed at the squirrel he’d been chasing as it scrambled up a tree on our walk home. “That’s a good name for a squirrel,” he beamed confidently to himself.

I didn’t even have time to laugh. I immediately whipped out my phone, thumbed over to Tweetbot and quickly began to type in his quote. Yes, we are supposed to live in the moment, be present parents, and not have our faces in our phones … but when my kids say things like this, I tweet them. Immediately.

Or like, “I’m going to have five kids when I grow up. Otto, Iso, Fab, Sing, and Jerry,” my 4-year-old Charlie explained out of nowhere one night.

Then there was the time my wife and I gossiped at the dinner table about a friend whose daughter was headed off to law school, and my 5-year-old son Charlie, interrupted with, “Mama. I want to go to lost school.”

“Law school, bunny,” She corrected, “Law school is where you go to be a lawyer and learn about rules. You could do that if you want to.”

“No mama, I want to go to LOST school,” he corrected. “It’s a school that you don’t know where it is and you meet strangers.”

I immediately got up from my seat and got my cell, breaking our no-phones-during-family-time rule. I mean come on, I had to tweet that.

But I don’t tweet these crazy, creative, silly sayings on my Twitter account, no, I do it on my kids’. My sons have had Twitter accounts since they could talk. In fact, Charlie has had his since before he was even born.

Just as I use my personal blog to archive the fun memories of life with my kids, their Twitter accounts are an on-the-go way for me to save that non sequitur genius that only young kids learning language seem to be capable of.

At first I grabbed the Twitter accounts for my kids as a sort of land grab, just as I grabbed their dot com domains. This world is a digital one after all, and squatting on a cool handle is the modern equivalent of buying an acre on the edge of town in the ’50s. My oldest, @zacharie, has had that handle since August 2008, when he was barely 14 months old. @CharlieChooch would get one before he was even born in 2010, too far into Twitter’s popularity to have his name as a handle.

Right now, they’re private accounts. I use them for my own amusement, for my wife’s laughs, and to share the silly things they say with their grandparents and our friends. They’re the perfect way to archive the absolutely brilliant, random, and genius quips that only kids seem to say.

Having their own Twitter accounts lets you create a perfect noiseless timeline of their interests, passions, and more.

Why Twitter? Well, for one, getting account is easy and free. And since it stores everything online, you don’t have to worry about a computer crash or hard drive failure. There’s also a way for you to download the entire Twitter archive so you can put those sayings in a scrapbook and remember the silliness of childhood forever. Just remember to make it a private account and invite only family and friends to follow.

People often blame social media for creating distance between people, but when used like this, I actually think it’s making us closer.