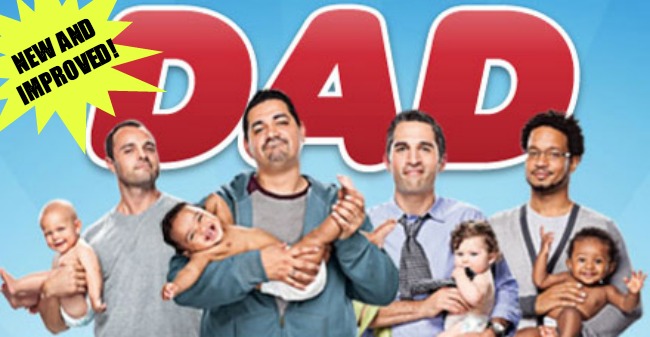 [twitter]According to most media, you’d think all Dads are doofuses.

It’s a common theme in modern advertising, and one that men have railed against.

Recently, Huggies canvassed Dads about the tone their advertising should take before they even produced the commercial.

Terry O’Reilly is a Canadian marketer and radio host with a fantastic show on advertising. A few years ago he did an episode on how brands follow, and sometimes lead, public opinion on social issues.

Everything from societal attitudes on drinking and driving to gay marriage has had its story told by advertises. Now the role of Dads in the family, and the home, is being retold.

“It’s time to stop treating Dads like idiots,” cries Aaron Gouveia. “Despite the fact that most first-time moms are just as clueless and confused as first-time dads, it’s chic to make fun of the dads, while moms are assumed to know absolutely everything.”

“Dads are now an important shopper,” Rec Room’s Rebecca Brown told the Toronto Star. “It’s not good business to make them the punch line. So as we get ready for another round of dads in ads with the arrival of Father’s Day, instead of complaining about how brands are getting it wrong, let’s celebrate the brands that get it right with 15 of the best TV dads in ads.

See the commercials at Babble.com