The imagination of a child is a fantastic thing to witness. Things like physics are non-existent in the mind of a child. If they dream it, it can become reality.

Such is the mind of Charlie. He just turned 9, and is at a tipping point in his life. His mind is still racing to unbound by the notion of impossible, but he realizes he’s surrounded by non-believers and so he keeps some of his dreams a little close to his chest.

Like the one where he wants to build a 20 foot high robot that he can climb inside and control. 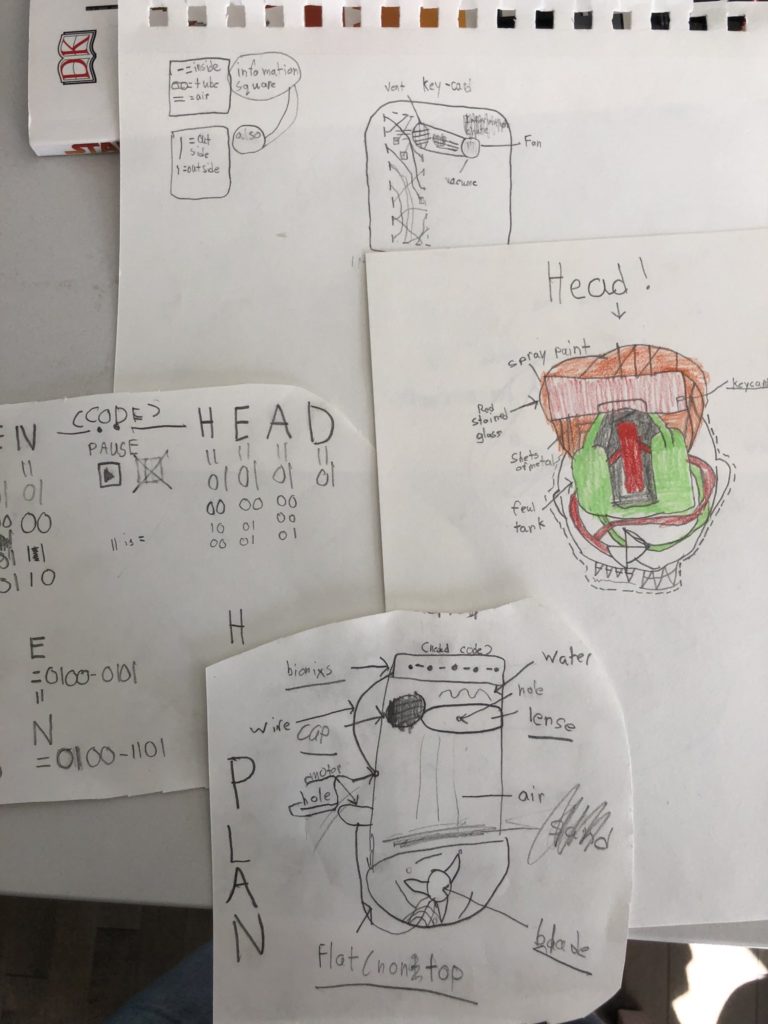 He’s had a sketch of Scraptor sitting on his desk for a year now. He’s dreamed of scavenging junkyards for parts and welding his dream together. I admit I have poured a bit of water on his dream, mostly because of my lack of ability to help him build such a device, but I’ve been trying to find ways to make it happen.

My brother got him a soldering kit for his birthday. I’ve enrolled him in coding classes and engineering camps in Calgary. I’ve encouraged him to share his ideas with the teams he’s on, but he’s worried people will tell him it’s impossible.

That’s a hard thing for him to reconcile because there is no impossible in Charlie’s world. The outside world has the impossible, and his struggle is to live in both worlds at the same time. 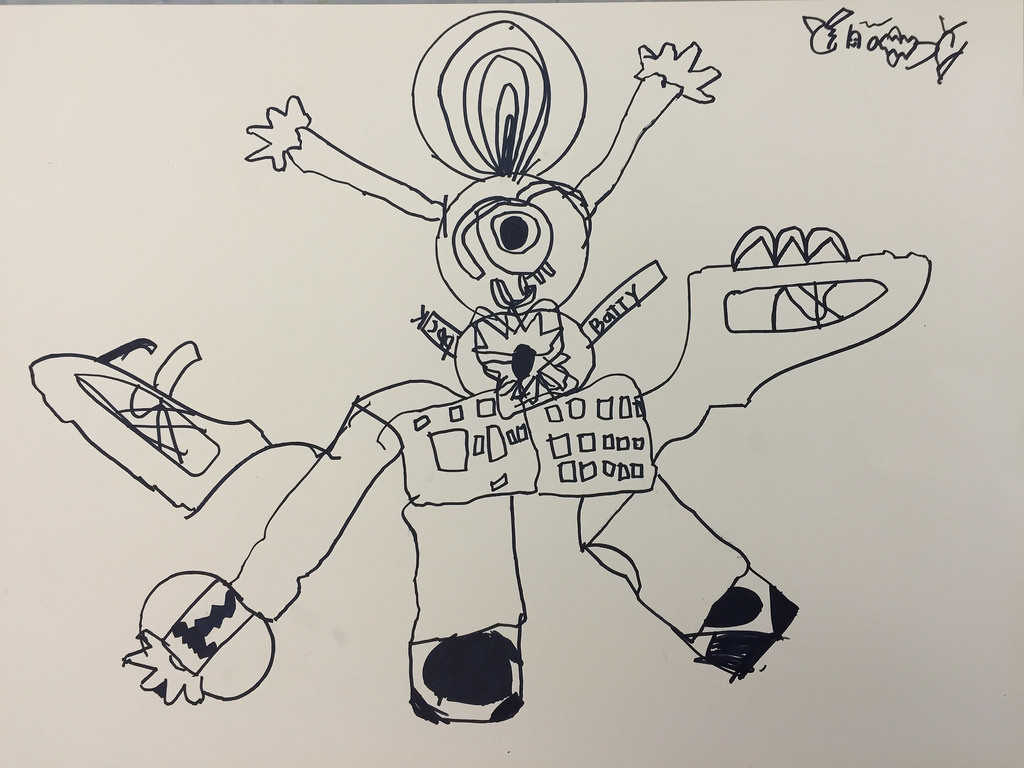 It’s my job as a parent to encourage and help where I can and just get out of the way of his imagination. I have to nurture his desire to push boundaries rather than temper his enthusiasm.

It’s a tough balance, but I’m working on it. After all, after he builds that robot, I want to make sure I’m still on Charlie’s side so I get a ride 😉

Encouraging your child’s imagination can be as simple as putting an ‘impossible’ task in front of them and watching them work out ways to solve it without any boundaries.

Once again, I’ll be a judge (with Charlie’s help) sorting through hundreds of entries from kids who have been tasked with designing the car of their dreams. It’s as open-ended as that, which leads to entries covering a wonderfully creative range of flying, swimming, walking, talking, and eating contraptions.

Here are some of the 2018 Canadian winners:

Each Toyota distributor around the world conducts a ‘local’ contest (in our case, Canada for the 7th year!), and the panel of judges select the top nine designs (three in each age category of under eight, 8-11, and 12-15) to move onto the World Contest where their designs compete against others from all across the Globe.

Prizes for the nine Canadian winners include a $250 Etsy Gift Card, along with an entry as one of Canada’s representatives in the global contest.

The Global Contest will give Gold, Silver, Bronze, Encouragement Award, President’s Award, Engineering Inspiration Award, Makes Me Smile! Award (33 total awards) as well as an invitation to the award ceremony trip to Japan in August 2019 (Award winners and a parent/legal guardian for each winner).

To learn more and to enter the contest, please visit: www.toyota.ca/dreamcarartcontest and keep the belief in the impossible alive!

Submissions can be created with any type of medium, such as paint, markers or crayons, but cannot be created digitally.

Entries can be submitted until February 18, 2019. Toyota’s Dream Car Art contest is open to all residents of Canada up to the age of 15.