The end of school year box of assignments arrived home last week and we’ve been working our way through assorted projects on seals, random tests, and art pieces.

Most of them were enjoyable to look at, but were quickly pushed to the side. As we worked our way through the pile, Charlie wanted to know if we had read his story yet. Jen flipped through the papers and found The Tinman.

It’s a 600 word story that shows off his ability to use foreshadowing, character development, and mystery in his Grade 3 writing. Sure, it rambles in places – he is only 8, after all – but this story just has us beaming with humblebragging pride.

My goal as a parent is to raise empathetic, creative, confident boys. This story from Charlie shows he is blazing down that track while at the same time showing a peculiar imagination. Not dark in a disturbing way, but there are notes of Westworld or Black Mirror or Twilight Zone in this story that ends with a surprising smile.

I can’t wait to read more about this Lab Master and his Tinman. 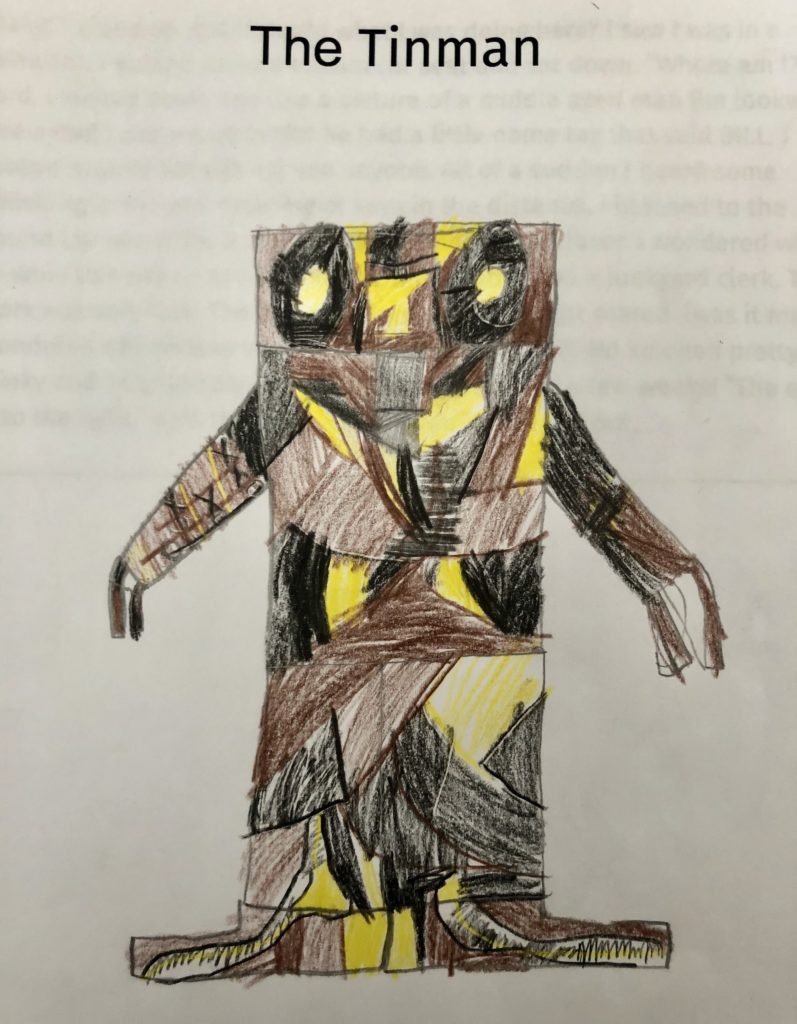 I stood up and thought ‘what am I doing here?’

I saw I was in a junkyard. I walked up to a broken car seat and sat down

I looked down and saw a picture of a middle-aged man (he looked like a dad) and a small child. He had a little named tag that said BILL. I looked around but did not see anyone.

All of a sudden I heard some whistling and the clanging of keys in the distance. I listened to the sound for a moment and it came a little closer. I wondered who or what this was … I sprinted to the thing and it was a junkyard clerk.

The clerk was very thin. The thing man looked up and got scared. (was it me?) I wondered why he was scared. I wanted to help him.

He smelled pretty stinky and he probably had not had a shower for a few weeks! “The exit is the right,” said the clerk. “Thank you,” I said, and got out. 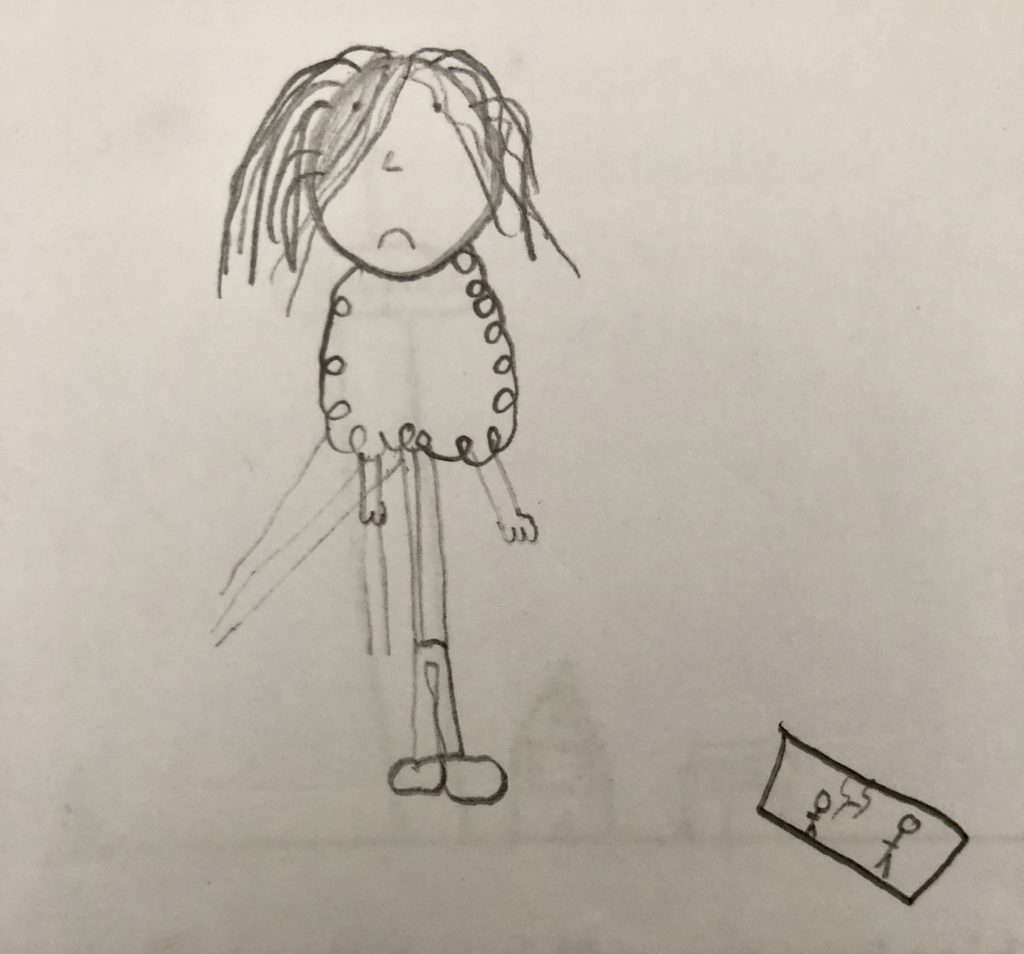 I finally got out!

Now I hope I was to go Elppainim. I took a cab there. When I got there I saw a normal man on the sidewalk. Suddenly he jumped and held on me. I thought he wanted a piggy back. I tried to shake him off, but he did not move.

I wondered why he was attacking me.

Now he’s on my head.

I grabbed him and threw him on the ground. I was holding him until he said he did not want to hurt me and his name was Bill. (At that moment I remembered Bill was the small child in the picture, it was probably in the 1900s.)

We started a walk to a coffee shop. I ordered a coffee and cookies and Bill ordered a lemon tart with some water. 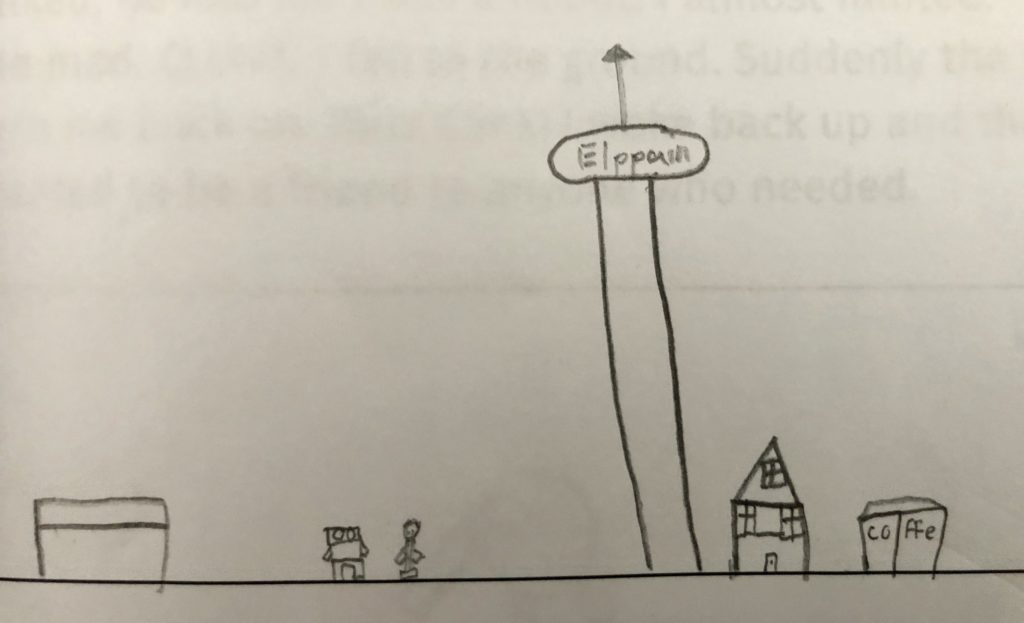 I spit my coffee out and said “human, like you.”

Me and Bill were howling with laughter for 10 minutes. After I ordered another coffee. “Wow that was expensive,” said Bill. When I was walking to a bench I reserved a hotel on my bananaphone. When I got to the hotel, I went to the bed and lay down.

“Hel-llo,” I said softly.  “Hi Buddy,” Bill said. Me and Bill had a loooooooong chat.

The next day I woke up and yawned. KNOCK! KNOCK! KNOCK! (It was probably Bill). I opened the door and it was him. Quickly I had my coffee (I really like coffee) and I went out the door with Bill. We walked along the street and got to a bus stop.

All of a sudden, this building appeared. I felt really nervous. I decided to go inside and check it out. There was a welcome sign on the door. I walked inside and found the front desk when all of a sudden a man popped up from behind the desk.

The man standing in front of me was the man in the picture!

“Ahh, finally we meet,” said the man. “My name is Lab Master and you must be the Tinman.”

“You are one of my creations,” said the Lab Master.

At that moment I thought to myself, ‘what am I?’ As Lab Master continued to talk, he told me I was a robot. I almost fainted.

“Lights out!,” shouted the man.

CLUNK! I fell to the ground.

Suddenly the Lab Master decided to turn me back on. Blizz Clink! I woke back up and the Lab Master said I was created to be a friend to anyone who needed. 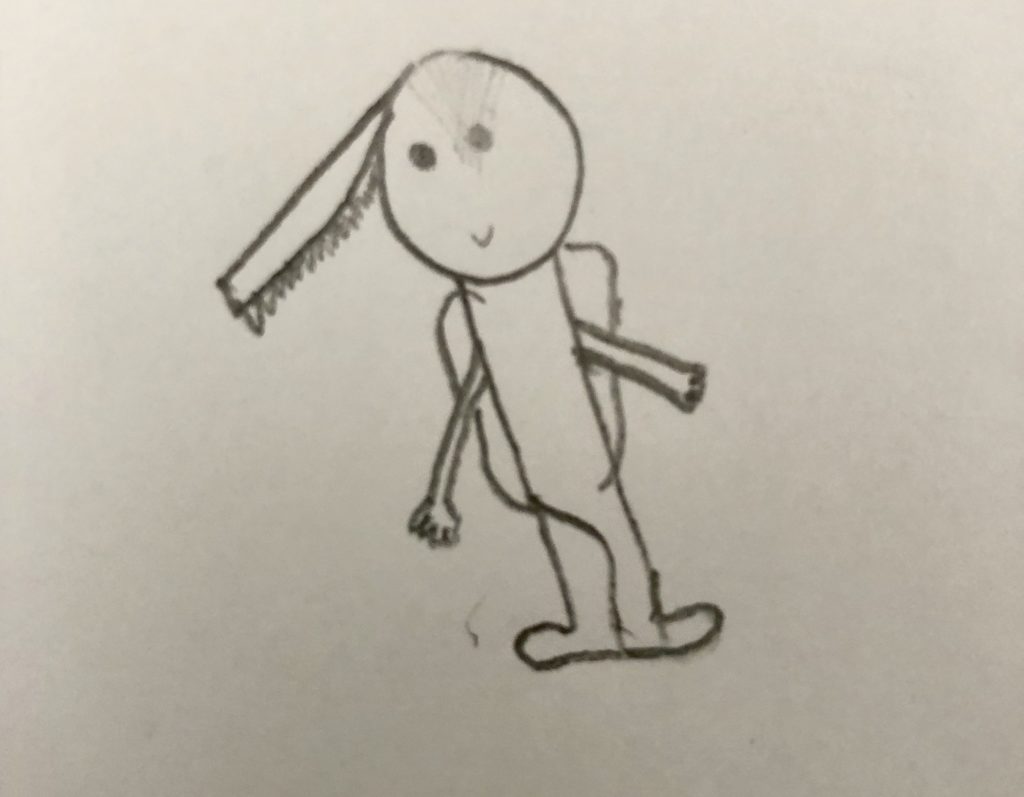