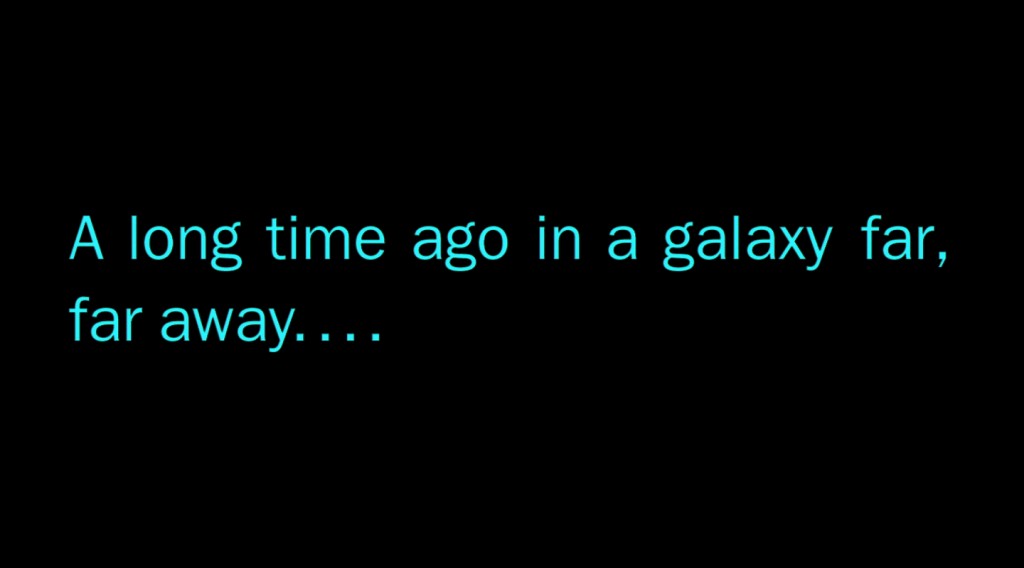 Last summer, when we vacationed in Montana, Spike just happened to be running the original trilogy every night before my boys’ bedtime, and I wished to share that generational moment with my sons.

I’m sure if my wife had had 2 daughters, she would have wished for Grease, or Dirty Dancing to have been on, but she had boys so Star Wars it is.

My son has been asking for weeks to watch Star Wars. He was re-exposed to it by friends, Lego boxes, underwear, t-shirts, and the marketing of the characters everywhere he turned. I am trying to raise character kids without characters, but this will be an exception to that rule. I’m also wary of exposing my kids to violent imagery too soon.

One boy in my son’s class is so obsessed with Star Wars, that violent play was introduced into the class and extra teachers had to be brought in. So we talked about it. We agreed it was too scary a movie for our younger son, so we would watch it together when we go camping.