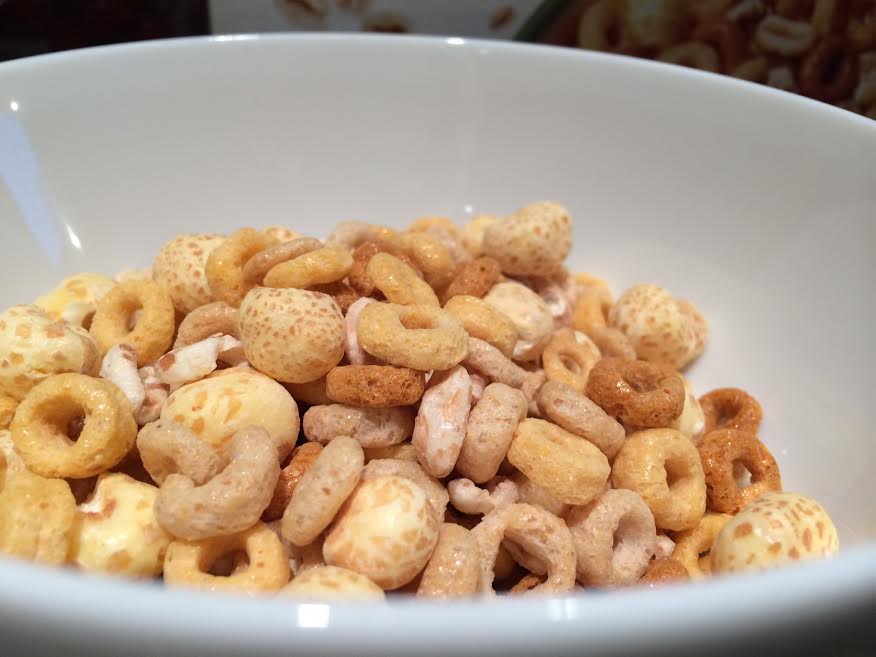 When I grew up the craziest the cereal selection got was those mini cereal boxes that only resided at my grandmother’s house. The joy of finding Corn Pops, Sugar Smacks, and Froot Loops a half dozen times a year was immeasurable.

My mom and dad pretty much kept us on a diet of Shreddies, and Cheerios. To see anything more cartoony than the Honey Nut Cheerios Bee sent my brother, sister and I into fits of anticipation.

We’d do groceries and see Frankenberry, Count Chocula, and Trix in the aisle and beg for our mom to at least toss some Apple Jacks into the cart every now and again, but it would never happen.

That breakfast discipline has followed me to my parenting years as the wildest option my boys get is Chocolate Cheerios every now and again.

I saw a friend tossing some Froot Loops at her son on the weekend. It got me thinking…

Do you buy the sugary stuff on a regular basis? Do you have a box on hand just for treats? Would hell have to freeze over and the devil make you pick a favorite child before you bought a box of that sugary stuff?