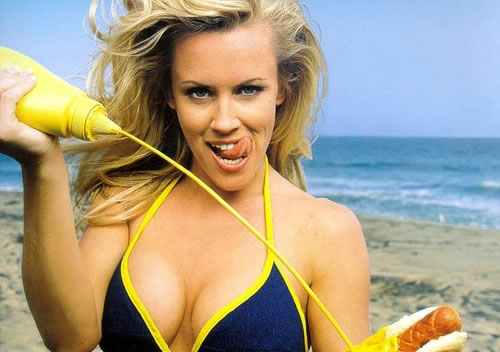 Second only to the furor over breastfeeding is to discuss vaccines in a group of parents.

Try offering up this gem at your next pow-wow: “I can’t meet you for coffee, I’m taking [insert child’s name] to Dr What’s-her-name for MMR shots tomorrow.”

Immediately the tin hats will be folded, the conspiracy theories will come out, and a knock-down-name-calling-tin-hat-wearing-skeptical-cynical-afraid-of-science-government-sympathizing-brawl ensues.

Some people choose to vaccinate, others don’t. They cite fears of autism (or mental retardation) and wonder aloud why they would prick their children with poison to prevent disease. A still third group prefers “natural” vaccination by holding pox parties to infect their children with chicken pox from lollipops.

The Facebook group is called “Find a Pox Party in Your Area.” According to the group’s page, it is geared toward “parents who want their children to obtain natural immunity for the chicken pox.”

On the page, parents post where they live and ask if anyone with a child who has the chicken pox would be willing to send saliva, infected lollipops or clothing through the mail.

Parents also use the page to set up play dates with children who currently have chicken pox. [KPHO]

Call me a lemming, but I think vaccines make sense. We got rid of polio (in North America) and small pox because we vaccinated the population.

Jenny McCarthy thrust the risks associated with vaccinations into the spotlight in 2005 when she blamed a scheduled MMR vaccine on her son developing autism.

“The MMR scare was based not on bad science but on a deliberate fraud.” … such “clear evidence of falsification of data should now close the door on this damaging vaccine scare.” [Daily Telegraph]

Now, because of Team Jenny, the vaccination rate is slipping – letting disease slip back into our population pool. Oh, and don’t forget Michelle Bachmann‘s “mental retardation” links to the HPV vaccine.

You know when you get a prescription and the doc says finish all of it? You feel better 3/4 of the way through the bottle, but you need to finish the bottle to completely cure yourself. If you stop the meds partway through and you don’t finish it off. That’s what we’re doing; an incomplete vaccination of the population is not killing off preventible disease. Disease we’ve found a “cure” for.

The non-vaccinating movement has gained such momentum that Australia this week mandated that families either vaccinate their children or forego government benefits.

PARENTS failing to ensure their children undergo the full six-stage immunisation risk losing up to $2100 as part of an expanded scheme that replaces a small carrot with a big stick to increase vaccination rates.
From next July, the government is axing the $258 ”maternity immunisation allowance” paid irrespective of income to families of fully immunised children aged up to five. Instead the government will require parents have their children fully immunised or forgo three payments of $726 available under the family tax benefit A end of year supplement. [SMH]

To be honest, I don’t know how comfortable I am with mandated vaccination. It’s true that some will have allergies associated with the ingredient found in the vaccine. Iit should be a discussion between patient and physican when it comes to vaccinating kids. That said, for the vast majority of our population, outright dismissal of vaccines as drug company propaganda and profiteering is nonsense. Vaccinating your kids is common sense.

We wear a seatbelt in the car. We wear a helmet on our bike. We vaccinate our kids.