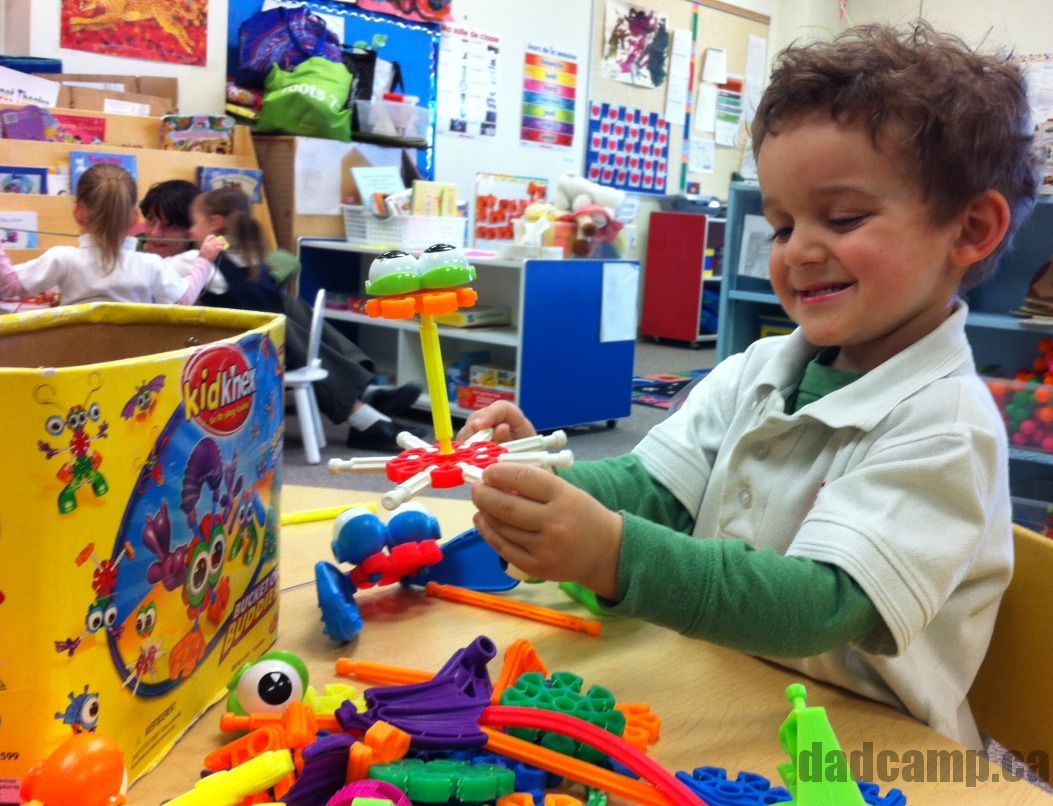 [twitter]Alberta is one of a few Canadian Provinces that doesnt have mandatory full day kindergarten across the board. The Premier had promised to bring it in for fall 2013, but that promise has been watered down.

Every one of Alberta’s littlest learners will be provided the option of full-day kindergarten someday, but the education minister says it’s unlikely the program will be made mandatory.

Thomas Lukaszuk said full-day programs will be phased in across the province starting in fall 2013, but facility and staffing issues could get in the way of it being made mandatory provincewide.

Speculation has suggested a $200-million price tag attached to the implementation of the program may have created a hurdle too high to clear.
[Metro]

Ontario started phasing in full day kindergarten in 2010 and is now buckling under the weight of $500M in start up costs, and an estimated $1.5B annual bill once the roll out is complete.

Economist Don Drummond’s report will warn this week that without these types of tough measures, the province’s deficit could balloon to $30 billion in 2017-18 — the year the government hopes to balance the books, he said.

The government will not, despite Drummond’s recommendation, drop full-day kindergarten, he said.
[Sun]

Ontario won’t chop the program because it gets vulnerable kids in the system earlier.

“We can’t afford not to do it,” argues Charles Pascal, the [Ontario] Premier’s early learning adviser. Twenty-eight per cent of kids who enter Grade 1 are “vulnerable,” meaning they arrive with learning, social or behavioural problems. Without an early learning boost, they’ll never catch up.
[Globe and Mail]

Kids who would otherwise be neglected instead of nurtured at home, have a chance to build some good habits. But it’s not just the bottom rungs of our society that are helped, the middle ones benefit too.

No longer are we seeing single income families, where home-schooling for 5 years was easy and the norm. Dads are working, moms are working, and, in many cases, the children are finding them in daycare facilities starting at 11 mos old.

My son is 4. He’s in “junior kindergarten” now for 5 half days a week. Last year, in preschool, his teacher said he was ready for full days. Of course he is, he was spending 6 hours a day at a daycare facility before we moved to Alberta. A daycare that was staffed by Early Childhood Educators that featured crafts, reading, circle time, songs, gross motor play, and more. It was school. At 11 months old.

So, by the age of 4, one would expect he’s used to the system and able to handle the structure. Junior Kindergarten is not offered in the school system, private preschools exist, but those are still just a couple of half days a week. So we have sent him to a private school, at the cost of nearly $7 000 a year.

Next year, because there is no full day kindergarten in our area, he will have to attend the private school again. This time at a cost of nearly $10 000. Toss in the money we spent for the pre-school and you’re looking at $20 000 over 3 years we spent on education for ages 3-5. Full day kindergarten would have at least taken $10 000 out of that mix and allowed us to pay down our mortgage, or family debt – the sort of things the government needs Canadians to do to keep the economy healthy.

Still, not all are on board with full day kindergarten.

Margaret Wente of the Globe and Mail says the ‘helping vulnerable kids’ angle doesn’t work. She cites a US program called “Head Start” that has spent $100B and achieved no greater good for kids by grade 1.

But the vulnerable kids is just a part of the equation, and even Wente acknowledges the greater good for the middle that full day kindergarten provides.

the benefits of early childhood education have been vastly overstated. It’s not a magic bullet. Which isn’t to say that all-day K has no value. It’s fabulous for working parents, and a whole lot cheaper than daycare. Mothers who might otherwise stay home may choose to work, and it creates extra jobs for teachers. But they aren’t the benefits we’ve been sold. And in a world of excruciatingly tough choices, that matters.
[Globe and Mail]

I’d like Alberta to institute the program province-wide, and quickly. I have a second son who turned 2 last month. Next January he’ll be in pre-school. Fall 2013, he’ll be in junior kindergarten and, if full-day kindergarten isn’t installed by the fall of 2014, another $10 000 will fly out of our family budget because the government couldn’t provide.

What’s your take on all day kindergarten? What kind of school are your kids attending and how old were they when they started?