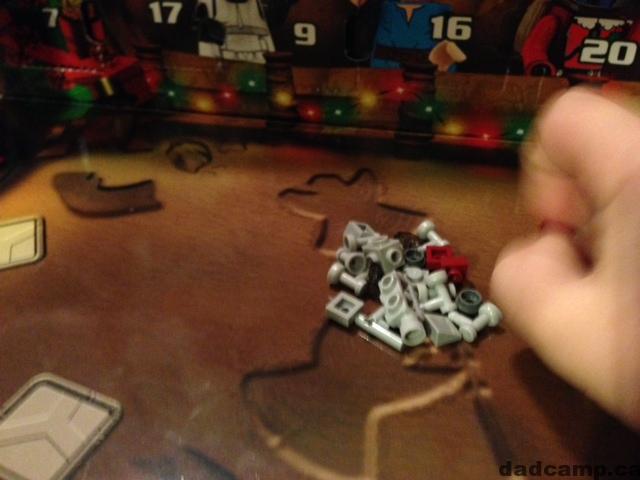 [twitter]Lots of tiny pieces were behind door #11 for today’s offering from the Star Wars LEGO Advent Calendar.

The boys’ favorite episode from the Star Wars saga is Empire. They absolutely love Hoth. From the AT-ATs to the Snow Speeders, to the Tauntauns, to the Wampum, they love it all.

This morning they built an AT-TE and I didn’t have the heart to tell them it wasn’t a mini AT-AT.

From Star Wars Wikia:
“The All Terrain Tactical Enforcer (AT-TE), sometimes called tanks by clone troopers, was an all terrain assault walker developed for the Grand Army of the Republic (GAR) during the Clone Wars. The walker was used for numerous tasks including, but not limited to, transporting platoons of clone troopers on the battlefield and attacking enemy installations. AT-TE’s rear compartment contained computer hologram communication devices and space for troopers to stand during transportation. On the back end of the machine was a large door that allowed for quick deployment of troopers in a battle. Some versions of the walker were able to scale vertical cliffs, as evidenced in the Battle of Teth. The typical arsenal of an AT-TE included a mass-driver cannon on top along with six other laser cannons placed strategically around the outside of the vehicle.” 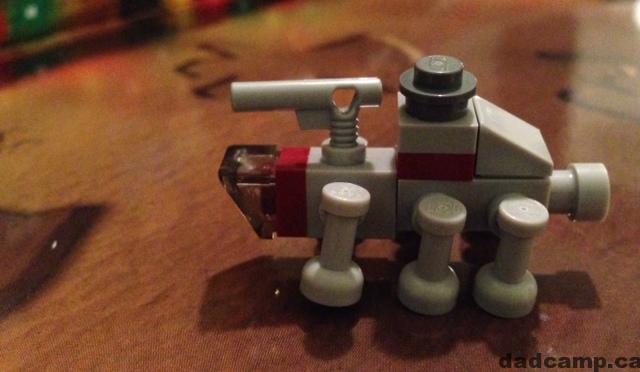