[twitter]There’s a certain amount of ego that gets inflated when you’re a blogger.

Most of what we write is opinion. We sculpt ourselves as experts in a field we are hobbyists, or passionate about, and start writing with conviction. If we’re lucky, we gather an audience that look to us as leader and rely upon our teaching to guide them. The ego gets fed further.

Once the audience grows, the echo chamber starts reverberating. If your writings have a certain slant, you’re likely to gain a following among like minds. Those who have differing opinions will likely find a tribe they can follow where they’re welcome, else they’ll try to rattle your cage and be branded an anonymous troll.

Once these ideological tribes get created in social media, they gain momentum and try to branch out and feed on trolls. They shout down dissenting opinion to keep the beliefs strong.

Two scenarios in the past month have me scared for what is happening in the parenting blog world. Social media moms are turning into Mean Girls. The kind that bullies those who are different, don’t share ideology and choose a different path. Instead of enlightening each other in different methods of parenting, the blogs are being divided along stringent party lines.

There are lactivists trumpeting breast feeding and shouting down anyone who dare place a synthetic nipple within sniffing distance of an infant. Now there are intactivists threatening to protest a little boy’s funeral because he died shortly after circumcision.

The story of Joshua is tragic, the circumcision had nothing to do with his passing, yet it has become a rallying cry for a protest group. It has become a mantle for them to hold high as proof to the world that their cause is just. It started as a group trying to stop what they determine to be genital mutilation and became outright bullying.

I am circumcised. I snipped both my boys. It wasn’t a tough decision, but it wasn’t necessarily an easy one either.

Two weeks ago, I snipped myself again. ( Scissors seem to be everywhere in this family lately).

Does it make me less of a parent because a few centimetres of foreskin are missing from all the males in this house?

Is my wife less loving a mother because we switched to formula when breast feeding became too difficult?

We blog about parenting because we’re passionate parents. We’re trying to find out what’s best for our kids and we want to act as beacons to help other parents find their way.

But there are different paths. Not every one is right, nor is any one particularly wrong.

Shouting down someone else because they parent a little differently than you is no different than the bullying that has grabbed headlines across the continent this month.

Cmon, we’re parents. We know better. Let’s show our kids it gets better when you get older. 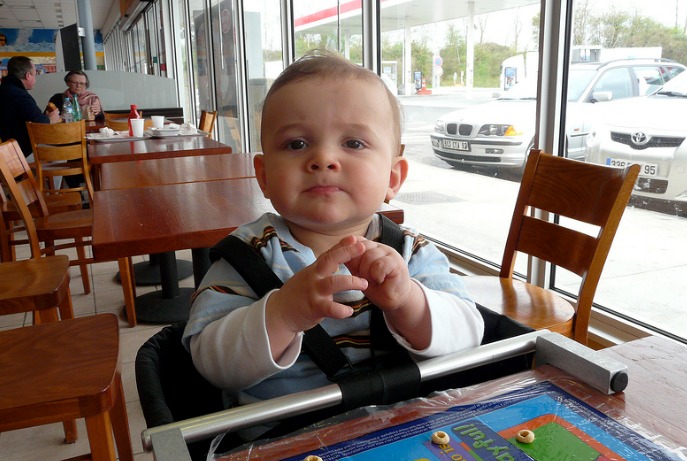