[twitter]I was stressed about finding the right activity for my kids. I thought that if they weren’t in it by 3 or 4, they would fall behind. Trust me, there’s time.

Zacharie had his own personal triathlon as this week, for the first time, we entered the world of activity ladened parents.

Until now, we’ve kept the boys in activities, but we paced ourselves. Suddenly, though, after being against it when suggested in the fall, Jen registered the boys in indoor soccer. For Charlie, that would be once a week, manageable with his once a week swimming lessons. For Zacharie, however, soccer would be twice a week – a little more on the plate. This week it was the full meal deal as our Community Association had a ski night for kids.

We got to his soccer night 10 minutes early. While the kid next to me fiddled with his dad’s phone, Zacharie jumped on the floor and started doing windsprints – just because. He grabbed a ball and chased it around the huge open gym.  He was flattened after an hour. 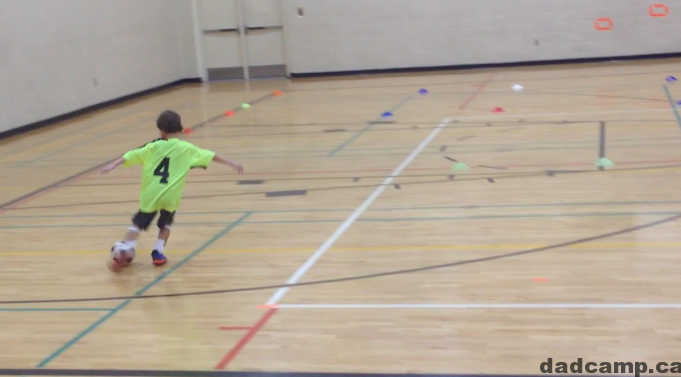 Wednesday’s swim nights are what they are. It’s something he’s been doing for 4 years through the school year so that’s an easy routine to drop into.

Last night’s ski lesson was different. Last year Zacharie had the chance to try skiing with his kindergarten class. He loved it. I’m scared of getting the kids hooked on skiing, it’s a hobby more expensive than golf, but with a bunny hill just 3 blocks from our house, we’ll take baby steps to get the kids interested. For $20, Zacharie would get lessons, rentals, and a lift ticket. He was thrilled. 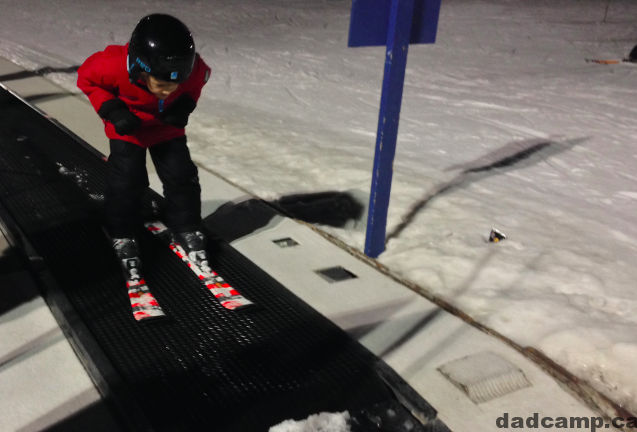 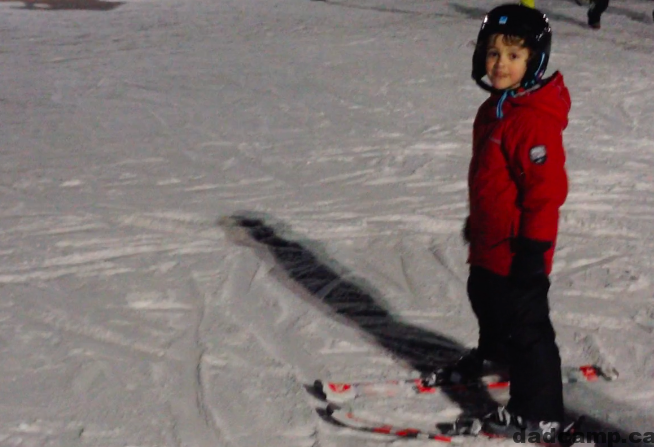 We’ll go again in February, and if he keeps progressing, he’ll get his wish of trying out snowboarding in March, or maybe heading to a big hill in the Rocky Mountains with daddy.

I have long worried about activities with the kids and how to know when to put them in which class. I’ve discovered the answer is not found when they are 2 or 3 or 4. There is so much anticipation and angst about those preschool ages. You see some hardcore parents ploughing their kids into 3 days a week of hockey, or gymnastics, or whichever activity and you feel like you’re letting your kid down. At least I did.

But I’ve discovered there is absolutely no rush. Sport is supposed to be about fun, and camaraderie. If your kid is good, they will be good and rise to the top, even if they don’t learn to skate until they’re 12.

Our job is to try and provide them with a variety of opportunity to help them find out and discover what interests them. Set them up with different experiences so they can make a choice.  Zacharie has tried snowshoeing, golf, gymnastics, rock climbing, karate, and skating over the past year and has been interested in all of them.

Without trying to push, he’ll find his path – eventually.