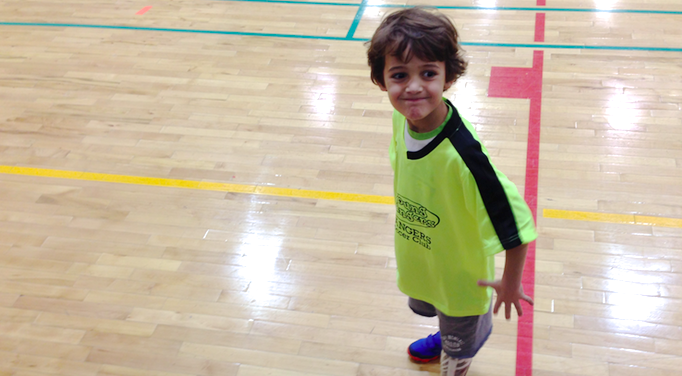 [twitter]He smiled for an hour. Non-stop. Ear to ear.

We registered Zacharie in soccer when he was 3, but it was outdoors in the spring. It was windy, cold, early in the morning, and he never really got into it. Now, 3 years later, we’re trying it again, and both boys have dove in full tilt.

Indoor soccer in Calgary is big with kids because, well, Calgary. With snow falling in October and likely staying until May, there isn’t much time for soccer outside. The outdoor season lasts barely 8-9 weeks in May and June as everything shuts down for summer vacations.

So indoor winter soccer it is, and it is a huge hit. Zacharie ran, dribbled, played freeze tag (Aside – I totally forgot the rules to freeze tag and nostalgically smiled when they unfroze each other by squeezing between legs). 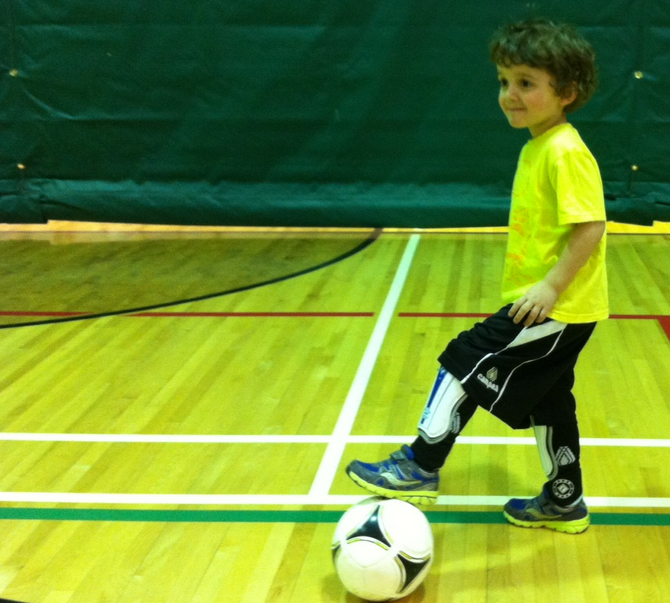 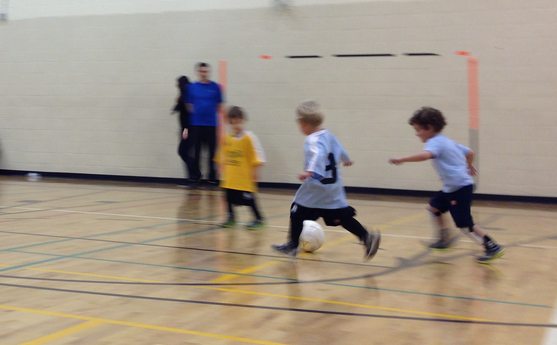 Charlie steamrolled his teammates. While The Chooch is young compared to his classmates at school, he’s the head of the class on the soccer team. With a January 5 birthday he’s the oldest of everyone on his U4 team and was an absolute force amongst the hair pulling, crying, and sitting on the ball that is this age group’s tendency.

The best part about this fun, skills focussed session of soccer is the team names. The kids come up with them based on the uniforms they wear.

The first practice is also a brainstorming session to come up with a name. Zacharie’s bright green team is Fast Lightning. Charlie’s a striker for Tiger Pumpkins. Because of course. 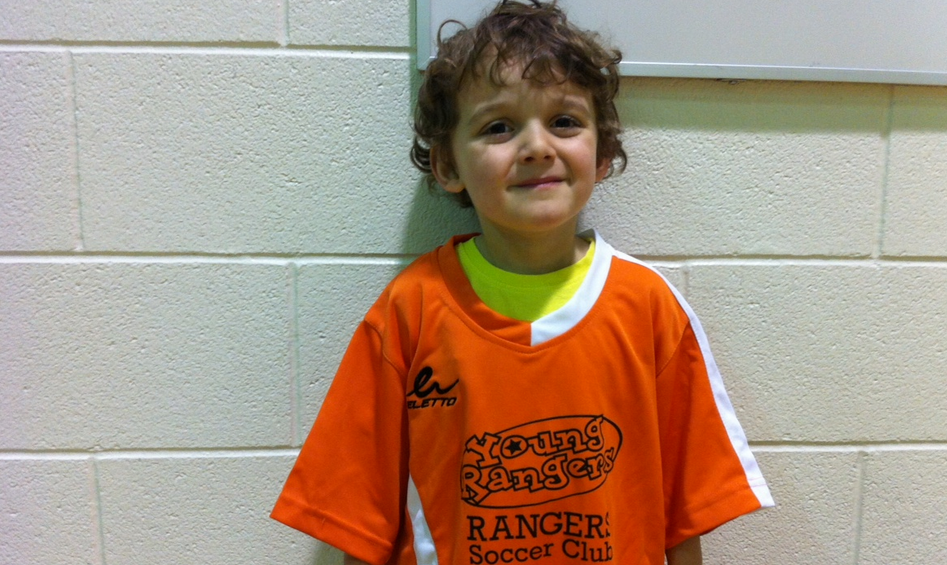 I love being a soccer mom ferrying the boys to practices and sessions, cheering them on from the stands, and small talking to the other parents about small talk parent things.

It’s been a long wait for the boys to get interested in team sports, but I’m glad it’s here.