[twitter]Our school board has cut back on the number of report cards we get each year. There are only 2 now, but there are still many chances to get in to the classroom and see what our oldest is up to. In addition to the report cards, we have two parent teacher nights, and two ‘sharing nights.’

These sharing nights are wonderful ways to truly get a grasp of what’s going on in the classroom. The children act as escorts taking you around the room showing off the different centres where they learn and the projects they’ve been working on.

The best part is how Zacharie instantly switches languages the moment we enter the building. French is only allowed in his classroom, and while he will sometimes ask me questions en francais at home, he really goes for it when he’s in school and talking to his teacher. It’s so wonderful to watch.

On this sharing night Z performed some math tricks on the Smart Board, and showed off a plant in a closet to his brother that is growing without any light. Then we went to his desk and he presented the project he has been hard at work on – stories. They have to do a full story board plan, getting help to form the sentences from their teacher, then they copy it out and draw images for each panel.

The first Once upon a time.. tale had Zacharie getting captured by evil knights, throwing him in jail, and stealing his candy. Which is odd, because Z doesn’t really like candy. 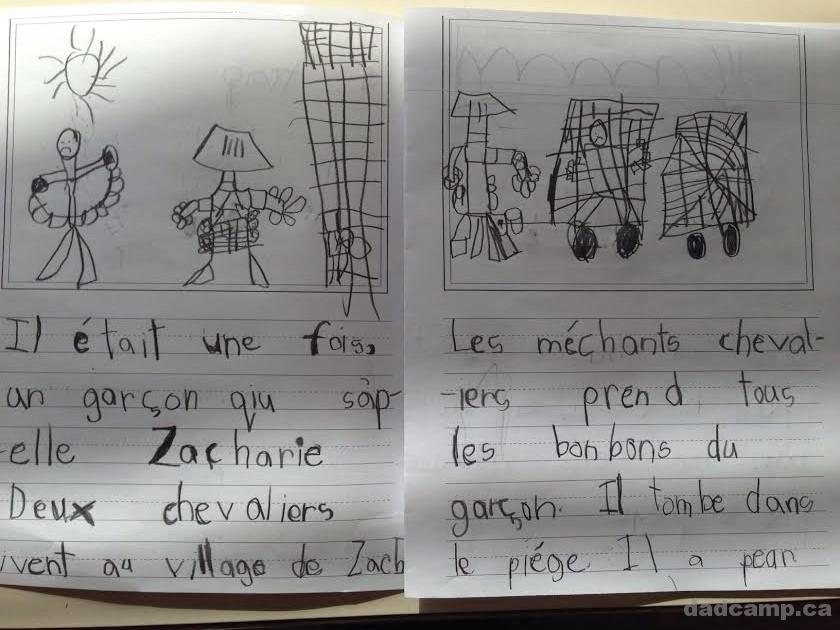 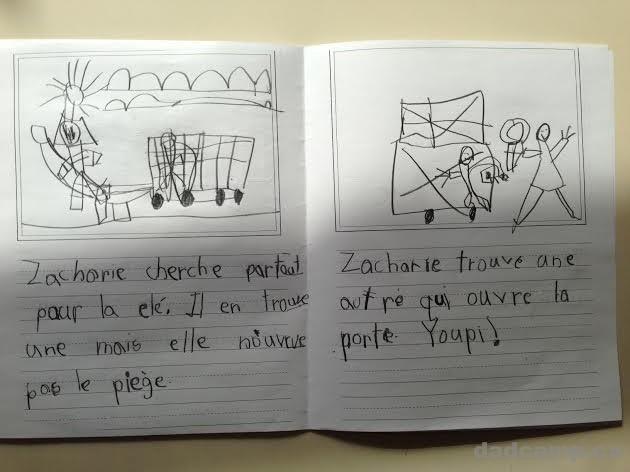 Unfortunately he didn’t finish off the part of the story where he got after the bad knights. 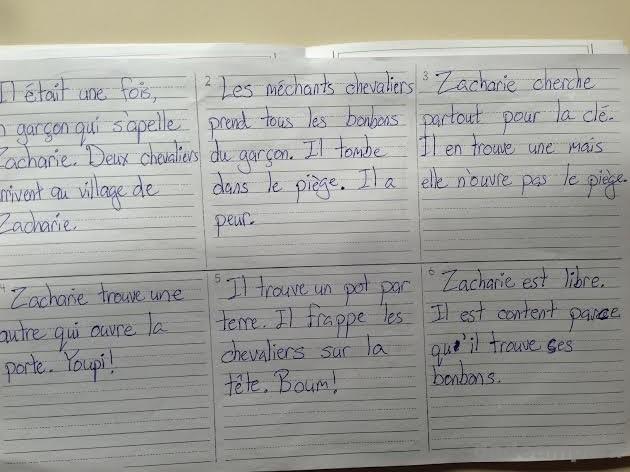 The next story was about his little brother, a dragon, and some cookies which really made my heart smile despite the fact the story didn’t really match his plan and I can’t decipher the grammar. 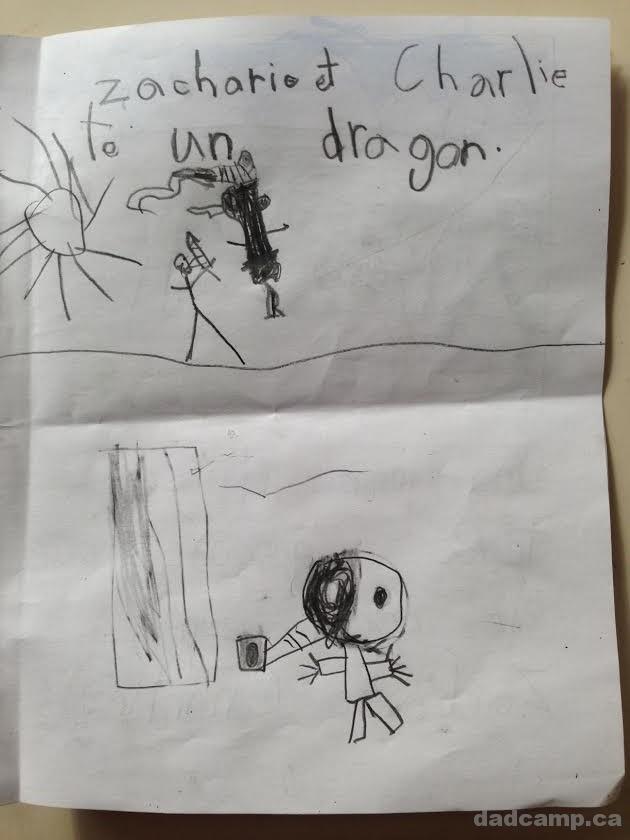 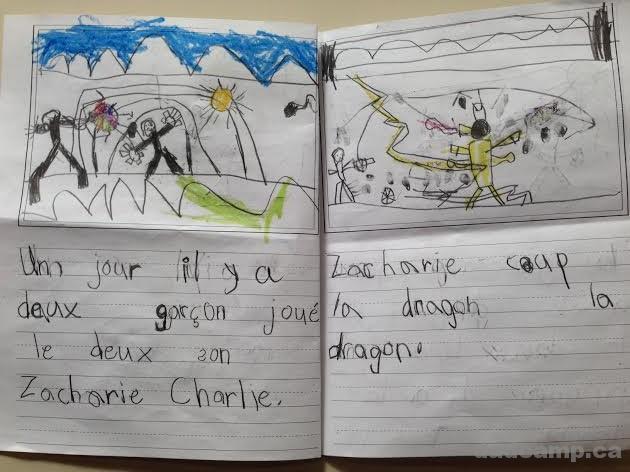 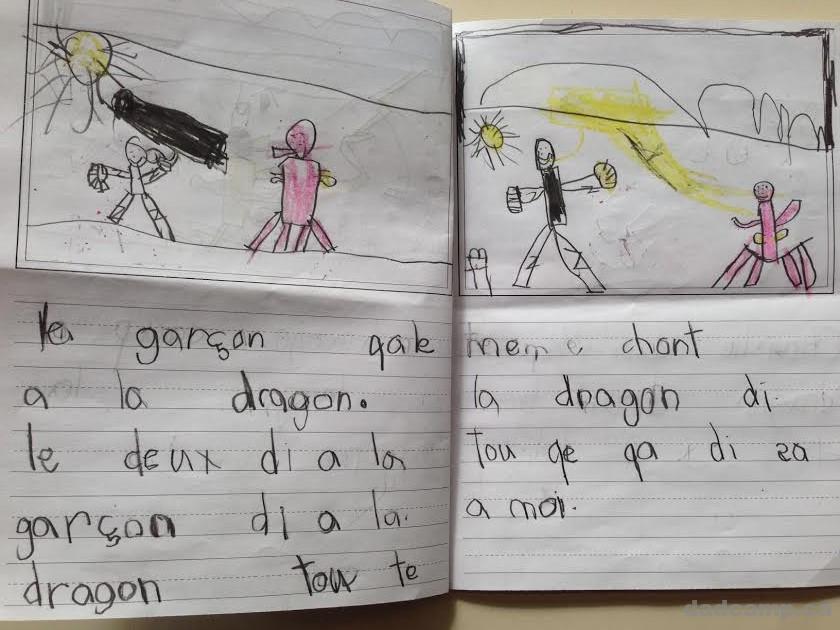 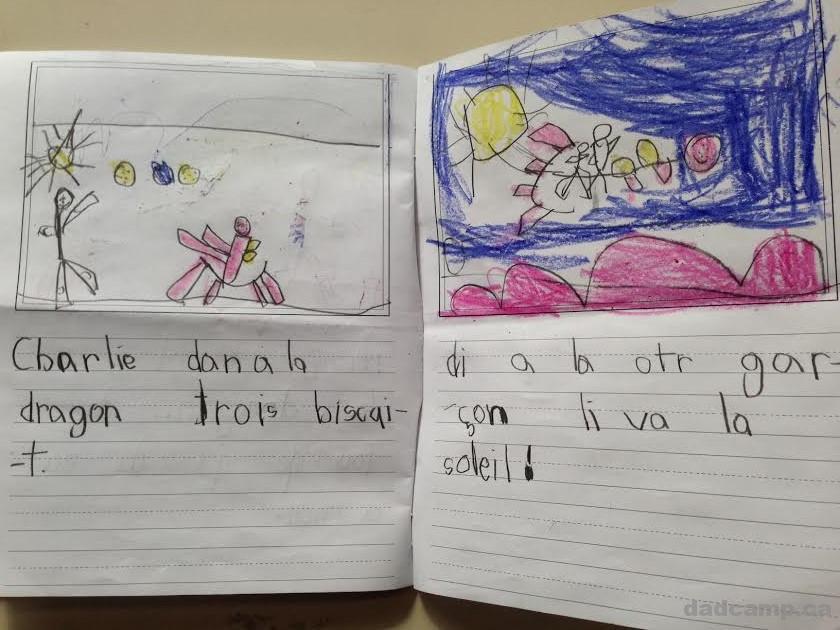 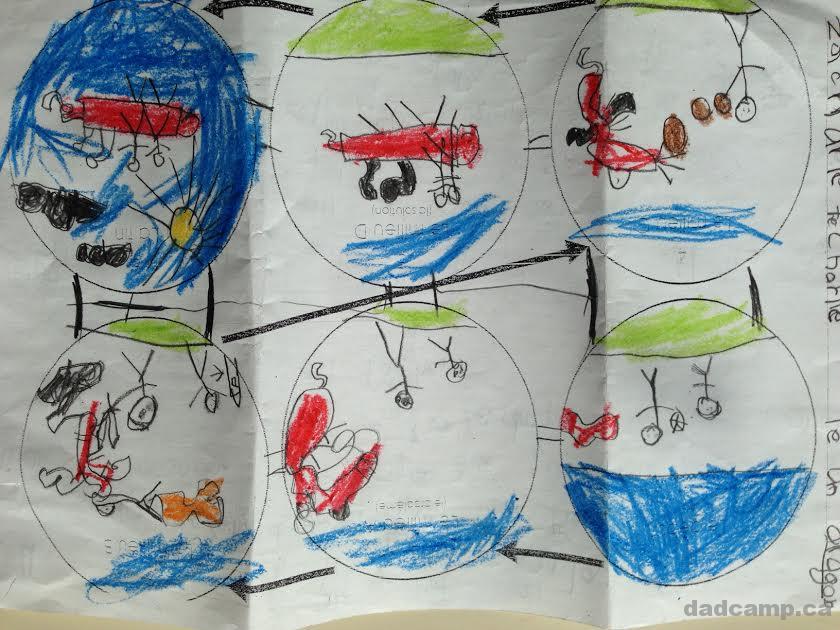 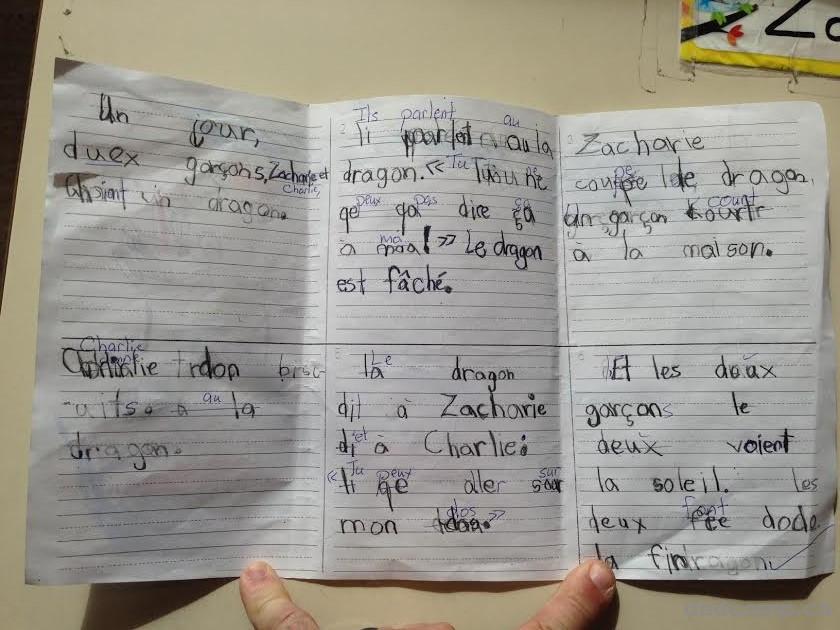 Report cards don’t show you this stuff. A parent-teacher interview can’t really explain what happens in the classroom. A backpack stuffed with art projects and stories gets a cursory glance in the rush of home life.

However, when you have a sharing night where you wander thoughtfully from station to station, as you would in, say, a museum, you get a chance to linger over each page. The teacher is there to translate your child’s eager, proud explanation, and you truly have a realization of “Wow, my kid is learning. His imagination is alive. He’s capable of big things.”