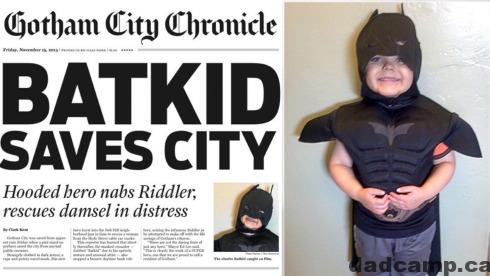 [twitter]Thank you Miles.  Thank you San Francisco. Thank you Make A Wish Foundation.

Today you reminded us all why we love being parents.  It’s always about the kids. Always.

The unconditional belief in the impossible becoming possible is what makes kids so awesome.

Having the chance to see the world through the eyes of our children renews our hope and faith in the world. That is, simply, what makes parenting worth it.

Today the entire of San Francisco made it happen. You all did that today through a simple, selfless act of impossible.

Last week I wrote about Miles becoming Batkid and shared the story of Keian’s family and what these Make A Wish days mean to them.

Scroll through to see the #SFBatkid saves city pics and then read the rest of the piece on Babble.com

You’ve saved her, #SFBatkid! The citizens of Gotham thank you!!!! pic.twitter.com/Y5HBhVO7u0

Read the rest of the piece on Babble.com