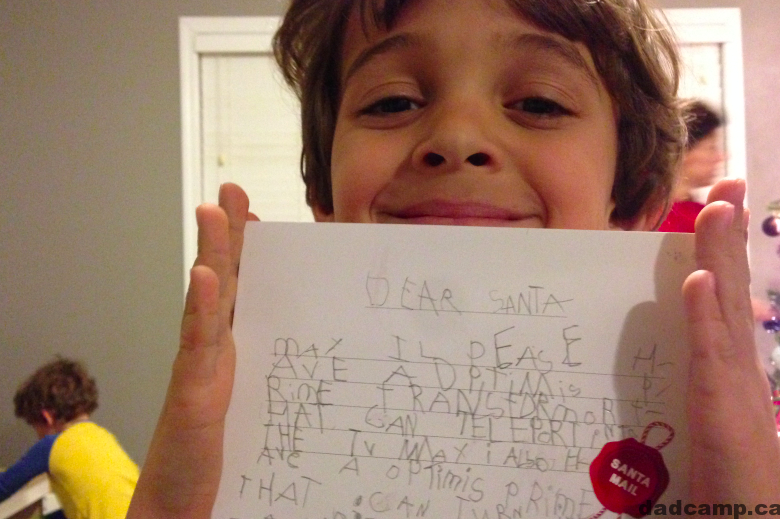 You can poo-poo the Santa thing all you want, but it continues to bring magic to our family. From the incredibly joyous reactions to seeing Santa say their name, to the morning race around to find our Elf on the Shelf, to the charity for others, to the letter writing – Santa is nothing but a win in my world.

Lately, I’ve been really loving the letters to Santa part of it. Zacharie really wants a goofy camera thing he saw a commercial for. We’re not getting it. He’s got an iPad to take silly pictures if he wants to, but the camera has him motivated.

On the weekend he asked if our Elf on the Shelf, George, could bring a letter to Santa. So he sat down and wrote one and left it by the fireplace.

The next morning Santa had written a reply and Zacharie just about lost his mind. ABSOLUTELY LOST HIS MIND.

Zacharie has a pen pal and now every morning he’s asking to write another letter to Santa trying to negotiate for this camera thing and other gifts that he randomly decides he wants. He won’t get the camera thing, but he will get some much needed homework practice.