We visited the Chinook Centre Santa this weekend to get the annual letter in to the big guy, and maybe pose for a picture. More than a school photo, I like the annual Santa picture as a way to maybe get a picture of my kids.

I say “maybe” because, well, Charlie doesn’t do well with the old elf. Never has.

We waited nearly an hour in line. But the boys were relaxed. There was LEGO, colouring, big bean bag chairs with Polar Express playing. Mrs Claus was wandering around, half a dozen elves were interacting with the kids. All while I waited in line.

It was perfectly set up. The boys were relaxed and ready.

Then the moment came. 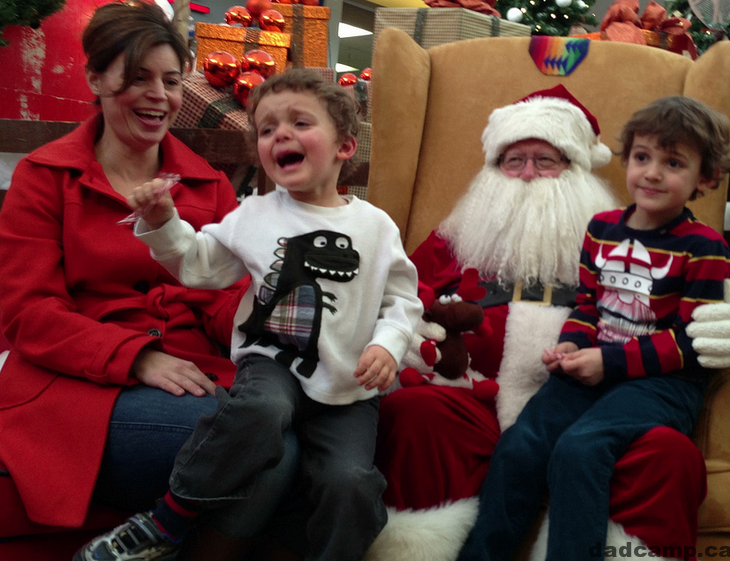 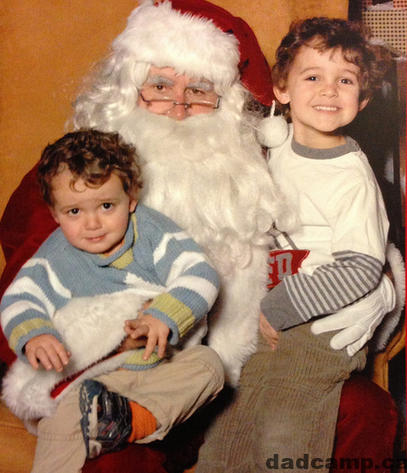 This year? He ran .. ran straight for that sled and bounced into the big man’s belly with a smile. Zacharie sashayed up behind him like a seasoned veteran, and the two boys beamed in the big sled.

The set-up in genius. It looks like a sled with a mountain of toys in behind, and a tv screen straight in front of the kids. On the screen is a projection of reindeer. It’s about as virtual reality as you can get and the kids are put in a trance.

“Dude, I’m on Santa’s lap, in a sleigh, and there’s reindeer in front!”

It’s about as real as any 4 year old could hope for.

After getting comfortable with the situation and having a chat with the Jolly old Elf, it’s picture time. The photographer has a huge array of noise makers, toys, stuffies, and the like to capture the perfect smile from the kids.

2 takes is all it took and we landed the absolute greatest photo of our boys ever. I mean, they’re cute and they always look great to us, but this photo has absolute synchronicity. Both natural. Both happy. Both just absolutely perfect.

There really is a Santa Claus. 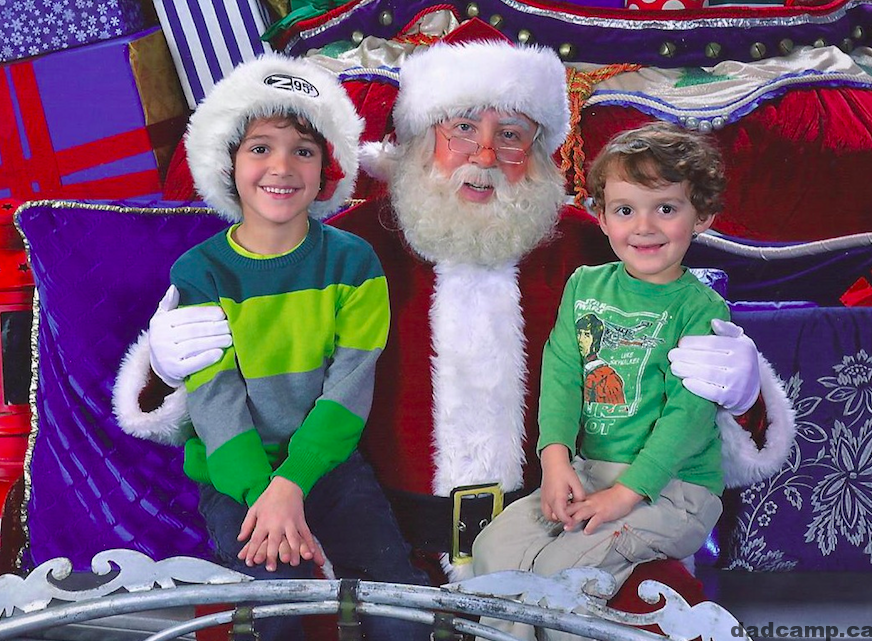