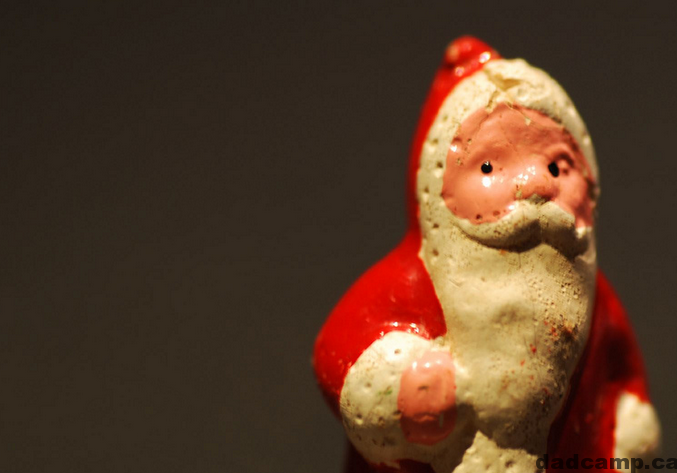 “That’s not the real Santa, Daddy,” Zacharie confidently announced last weekend as we watched the Santa Claus Parade on TV.

We’ve long been honest with our boys about the existence of “many Santas” and that often the one in the mall is just a helper elf who takes lists and brings them to the very busy chief at the North Pole. But as Zacharie approaches 7 years old, his powers of deduction are strong, and his noticing of smaller details more specific.

This Santa on TV didn’t have glasses, his eyebrows were too dark, and his hair and beard too short, my son declared.

“The real Santa is the one I talk to on the internet,” Daddy.

Ah, now it all makes sense. We pull out all the stops for believability when it comes to manufacturing the myth of Christmas at our house. We have a “listening elf” that sits on our bookcase all year long. It’s a cute fuzzy wool figure we bought in Iceland that has no eyes, but huge ears. This elf let’s Santa listen to what happens in our house all year long. 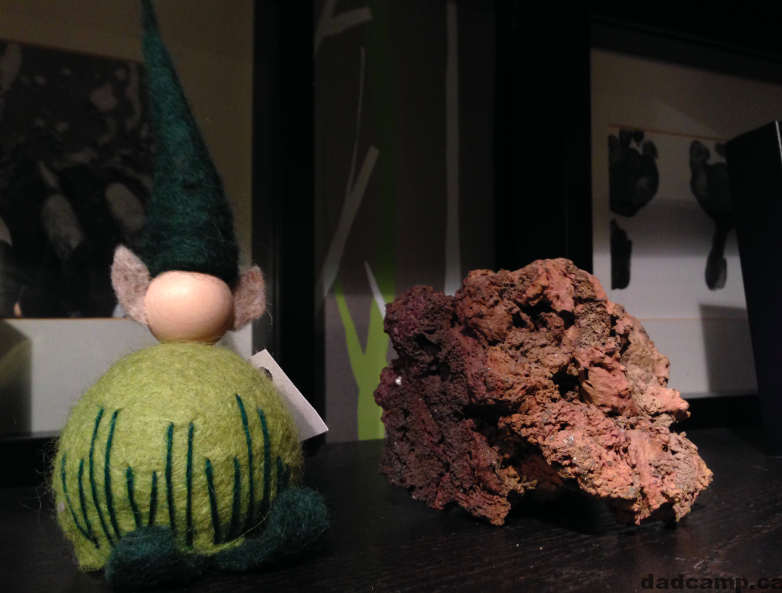 Then we have George, the Elf on the Shelf, who came to visit us this weekend after we put up our Christmas Tree. We run him just like the rules say. He pops around from place to place in our house and then reports back to Santa each night.

Finally we have the Portable North Pole app. This is the one where parents can log in and give details about their children and, magically, a personalized video arrives in your email where Santa – the real Santa – calls out your child by name, flips through a book with photos of your child, and reveals other details that prove he knows and he’s real.

We’ve had the phone ring with a call from Santa, we’ve had videos arrive for each boy, and all of them help lay the foundation with our kids that this magical man from the North Pole is real and all other incarnations of him are sad impostors.

Want to get in on the magic? Here’s the roster of apps and web tools from the Portable North Pole you can use this season:

Portable North Pole’s standard Santa’s Video, Free
A FREE personalized video message from Santa Claus filled with magic and exciting discoveries for your loved ones. Includes a brand new story for 2013 and a sneak peek at never-before-seen North Pole locations! This is a great way for families with multiple children to share the experience together!

Check out the boys’ reaction as they watched Zacharie’s video and revealed whether or not he’s on the nice list: 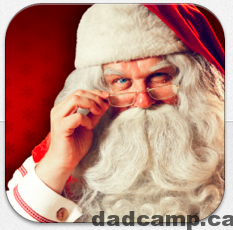 Portable North Pole’s Mobile App 2013
$3.99 for iOS and Android
· Five credits to generate Premium videos as seen on the web, or to receive personalized calls from Santa.
· An Advent Calendar game, where users can unveil a new surprise from Santa every day in the countdown to Christmas!
· A Christmas Radar game to see where you are located in relation to Santa’s Village and to discover other PNP fans from around the world.
· A Countdown game to keep track of how many “sleeps” are left before the big day!
· Access to Your PNP Account to manage, modify or view your PNP personalized video from any device. 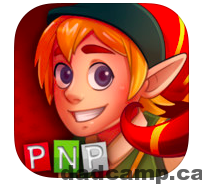 Portable North Pole Santa Sprint $2.99 iOS
This new app has been a favorite of the boys to play before bed.
Winter has breached into Santa’s Workshop, Library and Stable!  Items have been scattered throughout the environments and must be collected by a young Elf to help Santa. Sprint through mazes collecting items but be aware of the frosty creatures that await…

Portable North Pole’s Downloadable Santa’s Premium Video, $6.99
Santa has your children on his good list and he has taken the time to send a message of holiday greetings! Little ones will delight in their direct, personalized premium video messages from Santa Claus, featuring their own photos and personal details. Premium downloadable videos include more than five minutes of Christmas magic, a clip of Santa’s riding on his sleigh and even a personalized Christmas carol!

Portable North Pole’s Santa’s Phone Call, Retail $3.99 for one call or $6.99 for three calls
Santa has a very important message for your loved one! He will pick up the phone and call directly to deliver his personalized message. Santa’s call will last approximately two minutes and you can choose between 14 message options.

Personalized Items From Santa
So the videos are a great way to keep the kids on the toes, and you’ll note our boys are “not quite on the nice list yet.” I can go in and update and make a new video for them right before Christmas and then just wait until they get their official NICE LIST CERTIFICATES.