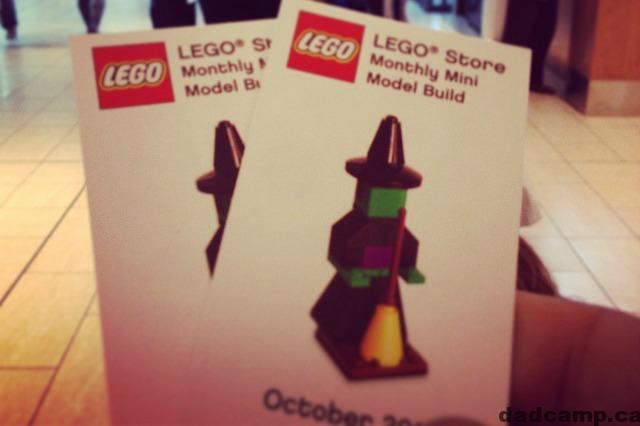 At 5p on the first Tuesday of the month, you just show up and you get to build a miniature LEGO thing. Well, that’s the idea anyway. If you show up at 5 oclock, you’ll be waiting in line for nearly an hour and risk not getting a chance to have the Free LEGO Mini Build at all as there is a limited supply. And when “free” and “limited supply” is involved, so is a long line of eager beavers.

Free LEGO Mini Build Night is very popular at Calgary’s Chinook Mall LEGO store. I swear the Moms just pick the kids up from school and head right to the mall to camp out for 2 hours until the Mini Build starts at 5p.

When we do LEGO Mini Build Night, I head down after work and wait in line for about an hour beforehand while Jen heads home, feeds the boys a snack and then meets me at the front of the line at 5 o’clock. The kids don’t get antsy waiting, and I have no problem reading Twitter for an hour and playing Dots in the lineup.

Other parents have different ideas. It’s FREE LEGO and they attack that line with the sort of planning that would make you think it was a lifetime supply of bricks and not a $5 toy was being handed out.

Yesterday, when I arrived at the mall an hour ahead of time, there was already more than 50 people in line. Moms and their flock were all sitting nicely on the floor pecking at iPhones, doing homework, or having a picnic. Seriously.

The mom in front of me had a blanket, snacks, juice boxes, fruit, cutting board, and knife to feed the 8 kids surrounding her. 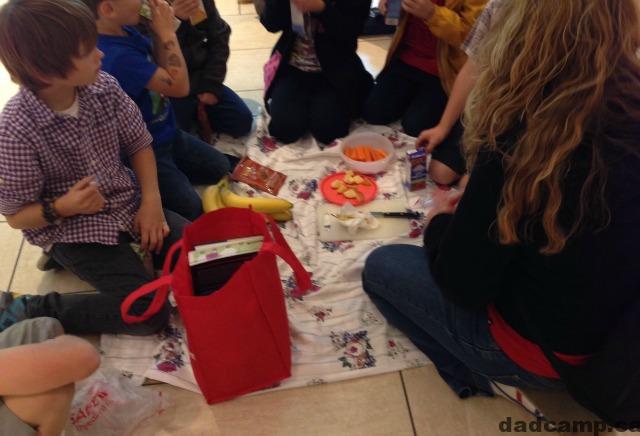 I didn’t know whether or not to be scared or impressed. The resourcefulness of the SAHM is at an entirely different level, friends.