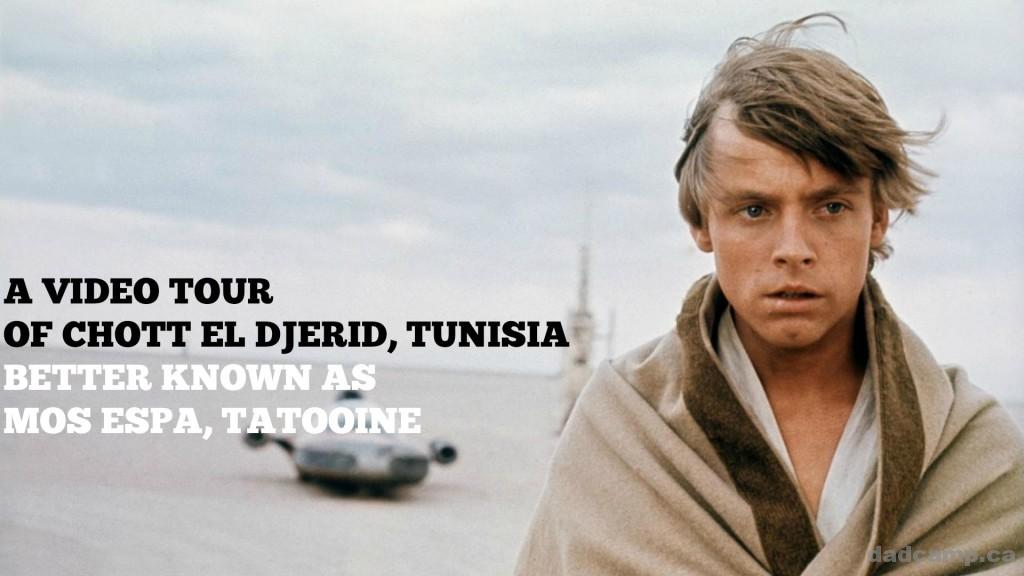 What better way to celebrate #MayThe4thBeWithYou, Star Wars Day, than to take a tour of the original Lars Homestead on Tatooine. The sets of the Epiosde IV of Star Wars still exist in the remote deserts of Tunisia.

They were rediscovered last summer when photographer Ra Di Martino decided she could find the old sets using Google Maps. She then traveled ventured out from the town of  Tozeur, Tunisia to search for the abandoned sets.

She found them, and published a series of photographs of the sets called No More Stars. Now others are setting out on their own journeys of discovery.

One of the bloggers in the Dad Bloggers group, Dork Daddy, took a ride out to the Tunisian desert to go looking for the place where Luke first discovered he could use the force and this is what he found:

What I did with my day yesterday: pic.twitter.com/OWcOdcsQm8

This is what he saw as he drove around the Lars Homestead and took video of the original Star Wars sets in Tunisia posing as Tatooine.

Can you imagine walking into the actual home of Luke Skywalker?

They also made a visit to Mos Espa, the home of Anakin Skywalker, and went inside the building.

Then there is the valley where Luke Skywalker first met Obi-Wan Kenobi while Jawas and Sand People lurked nearby.

These desert mysteries will likely be less mysterious in the future as Tunisia is looking at Star Wars Tourism to boost the number of visitors coming to the country. With the new cast being announced this week, and Episode VII coming out in December 2015, it just might work.

I would love to see the looks on the locals’ faces as mini Darth Vader strolls in to town to inspect the troops.