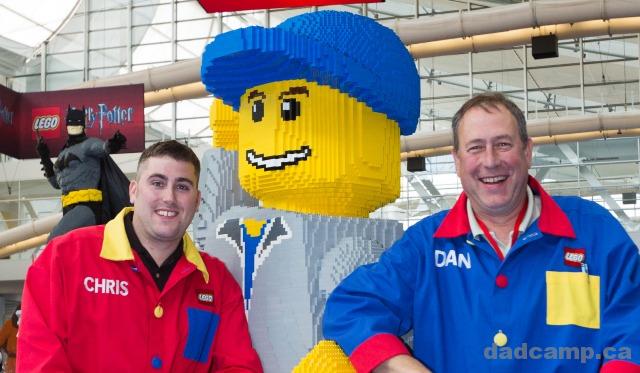 The LEGO KidsFest arrives in Calgary May 16-18. I took some time to chat with Chris Steininger about what it means to be a LEGO Master Builder, how he followed his father’s path, and the magic that is LEGO.

[twitter]“They actually pay me to play with LEGO® for a living,” Chris Steininger laughs when I ask him what exactly it means to be one of only 7 LEGO Master Builders in North America. LEGO Master Builders are responsible for designing and creating the life sized-models and then travel around the globe to on site events and do more building in front of the public. So yeah, Chris plays with LEGO.

And it was because of Chris’s love of LEGO as a 7 yr old that his father, Dan,  sought out a job with the company. It eventually would come full circle to see the younger Steininger complete the father-son tandem on the exclusive roster of LEGO Master Builders. “I got my father involved in it,” he explains. “We’d get down on the carpet and make cars and stuff. He had a friend that worked at LEGO, and he rose through the ranks and became a Master Builder.”

It was a risk for the elder Steininger, leaving a sales job to go and play with LEGO because he saw how much joy it brought to 7 year old Chris.

“I had four kids at the time, a mortgage, and when I told my wife that I wanted to leave a job where I made twice as much to build Lego for a living she was like “You want to do what exactly?”‘ he told MailOnline. “I wish I could explain it, but I think there’s something in snapping those bricks together that’s so satisfying.”

In love with LEGO, Chris would follow his dad to work and as a teen started working in the model shop doing all the odd jobs and mundane tasks the Master Builders didn’t want to do. After high school he left LEGO and took jobs in carpentry and furniture making. Then, 7 years ago, the North American LEGO Headquarters in Connecticut called again and he’s been on board ever since.

The Steiningers’ family story overlapping on itself has so many layers that flow right back to the birth of the company. LEGO’s founder, Ole Kirk Christiansen, started out as a carpenter and wood worker. He had a working man’s ethic, and that’s the pride of craftsmanship that those years spent away from the factory gave Chris.

As a LEGO Master Builder, Chris is involved in designing and creating life sized models that travel around the world at various festivals and events (like LEGO KidsFest). “We’re there to inspire the kids to build their own cool creations,” he says. “As we show off the cool things we can build we try to push the limits to show kids what they can build.”

The LEGO limits were pushed just last week as Chris’ dad set a World Record at a LEGO event in Australia for #StarWarsDay. Dan Steininger crafted more than 250 000 pieces into the largest Darth Vader and Yoda displays ever seen. Despite being 58, he expressed the same youthful excitement I see in my kids when they conquer a build. Fist in the air, screaming for the masses as if he had just scored the run in The World Series. 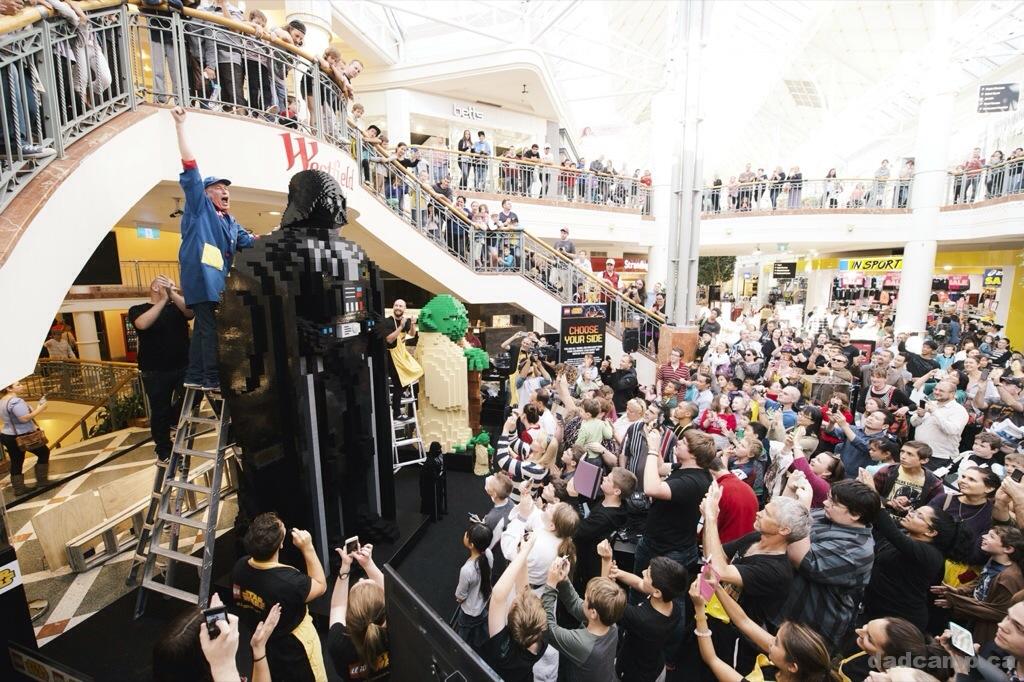 The styles and models have changed so much since I spent hours in my bedroom building spaceships with simple grey, black, and white Space LEGO pieces. There are more than 8000 bricks in the LEGO catalog, or what Steininger refers to as “elements.”

“LEGO has evolved as the pieces have gotten more intricate, but the best part is the pieces you have in your collection and the new pieces still work together,” he explains. “The sets have evolved and gotten more complex, but you know, really, it comes down to what type of models we’re trying to create – sometimes you can’t do it with new elements.”

There were some dark days for LEGO in the late 90s, but as my generation grew up and had kids, we came back to LEGO, just as Chris and his Dad have done. Flush with new licensing agreements, and a hit movie, LEGO is riding an unprecedented wave of popularity.

“The popularity, more than anything, is from the parents who grew up with LEGO and loved it, and passed it on to their kids,” says the younger Steininger. 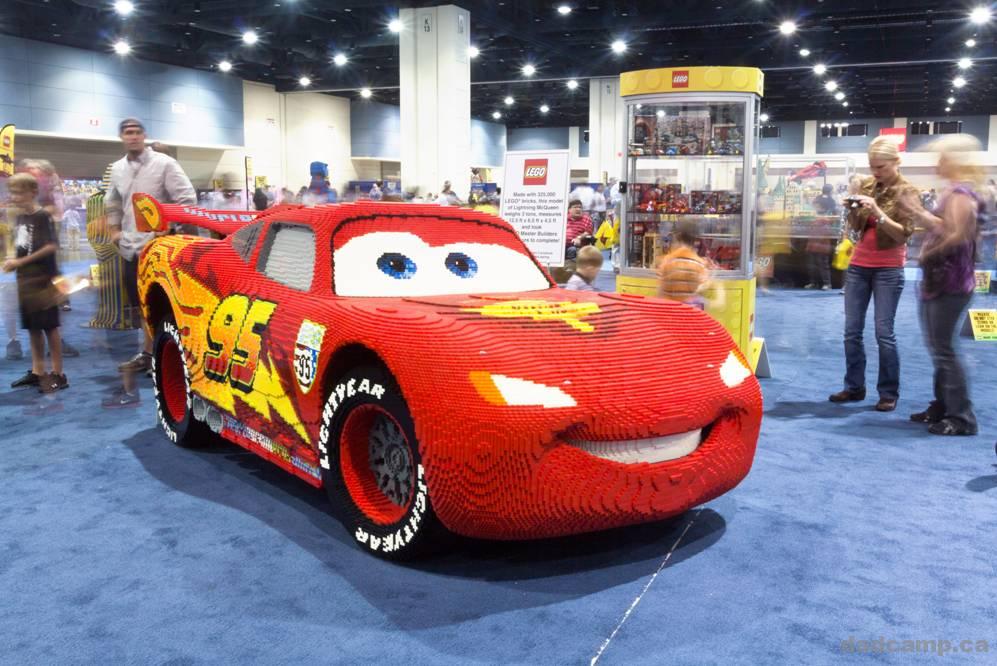 Favourite LEGO Build as a Master Builder: Lightning McQueen, a life size car (took 1800 hours, weighs just under 1 ton, took 360 000 pieces to build) and, yes, they use the kragl (actually a glue they make) to keep it together.