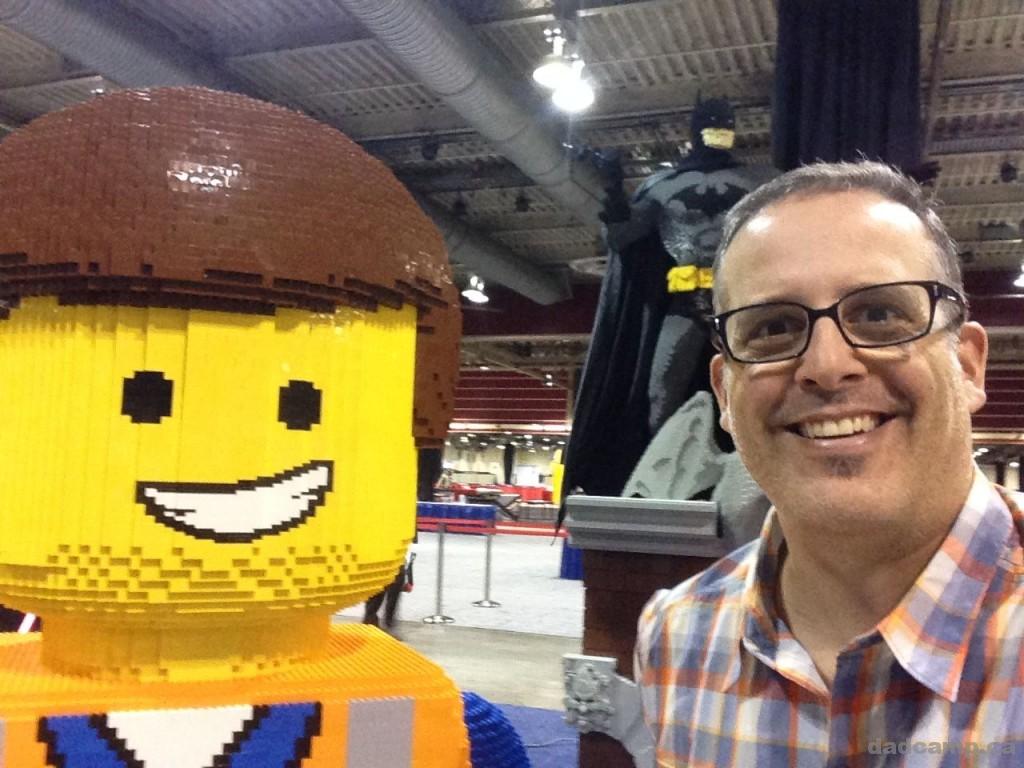 [twitter]Put more than two thousand kids under the age of 8 on one convention floor and meltdowns will happen. Mix in some LEGO®  and it hits a new level.

As the LEGO KidsFest hits Calgary this weekend, be prepared for meltdowns. We heard screaming from every corner of the BMO Centre over our 3 hours playing with the bricks in the various zones. One time it was even coming from my own arms.

Charlie was heavily invested in LEGO Chima. Jen and I were hungry and tired and needed a halftime break. We dragged them to the food tables and unwrapped a picnic lunch snack. Charlie lost it. Screaming, tears, crying, gibberish coming from his mouth.

I motioned him over to my side of the table, sat him on my lap, talked him down and asked him what was wrong.

“I’m just so excited,” he whimpered. “So excited.”

And that’s it, really.  The LEGO Kidsfest is a 2 acre assault on the imagination of children so intense that they just break down.  It was bound to happen.

Thankfully after the halftime break, Charlie got his emotions under control, Jen and I got a second wind, and we just let them be our guide as we toured the other half of the floor.

The LEGO Kidsfest is a genius marketing idea. They charge people $25 a head to come and play with LEGO. That’s really what it is.  They can play LEGO Chima, LEGO Superheroes, LEGO Star Wars, LEGO Heroes, LEGO City, LEGO Friends, LEGO Disney Princess, LEGO Mixels, you get the idea. It’s like Bubba Gump expanded into little bricks – everything is covered. Everything is awesome.

Before the doors were opened, Zacharie and Charlie were invited to be part of a Very Important Kid tour of the show. They met a real LEGO Master Builder (Chris Steininger) and learned about building techniques. Charlie’s task was to build a balanced spaceship, and Chris approved! 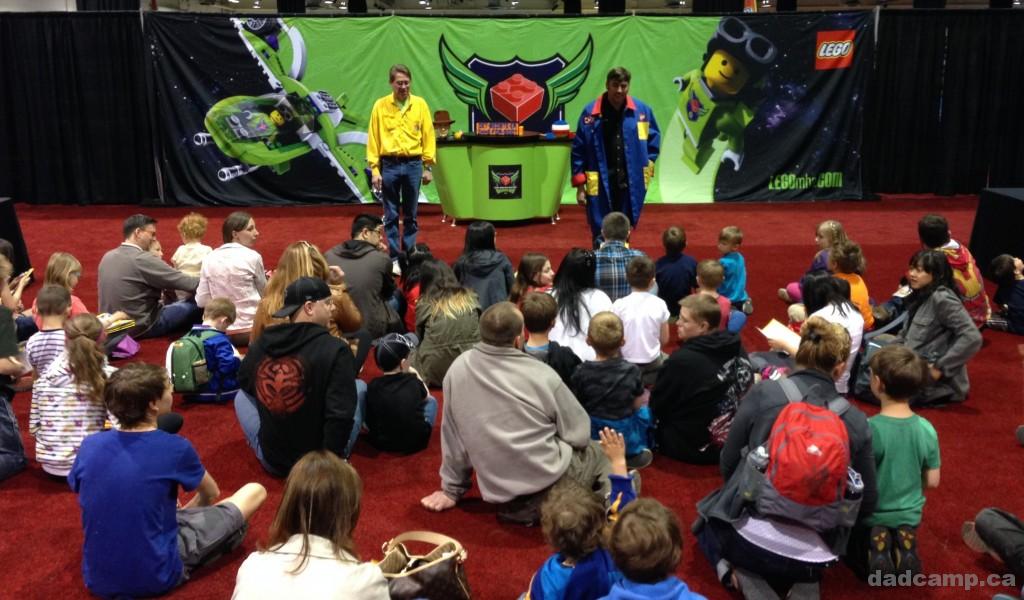 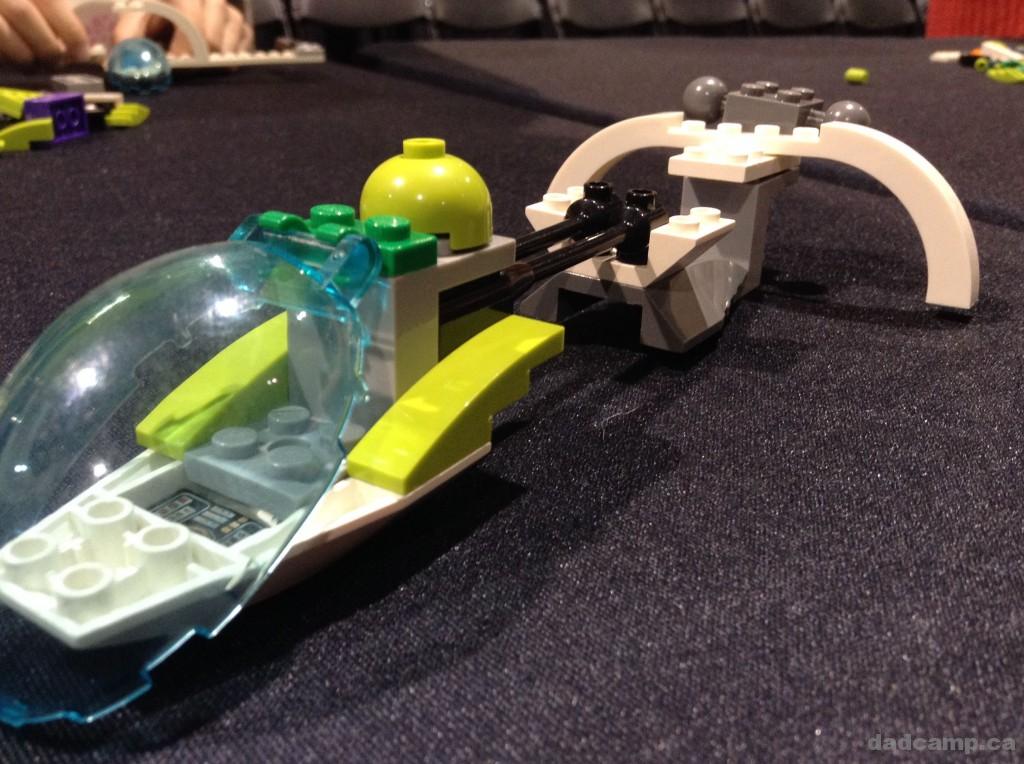 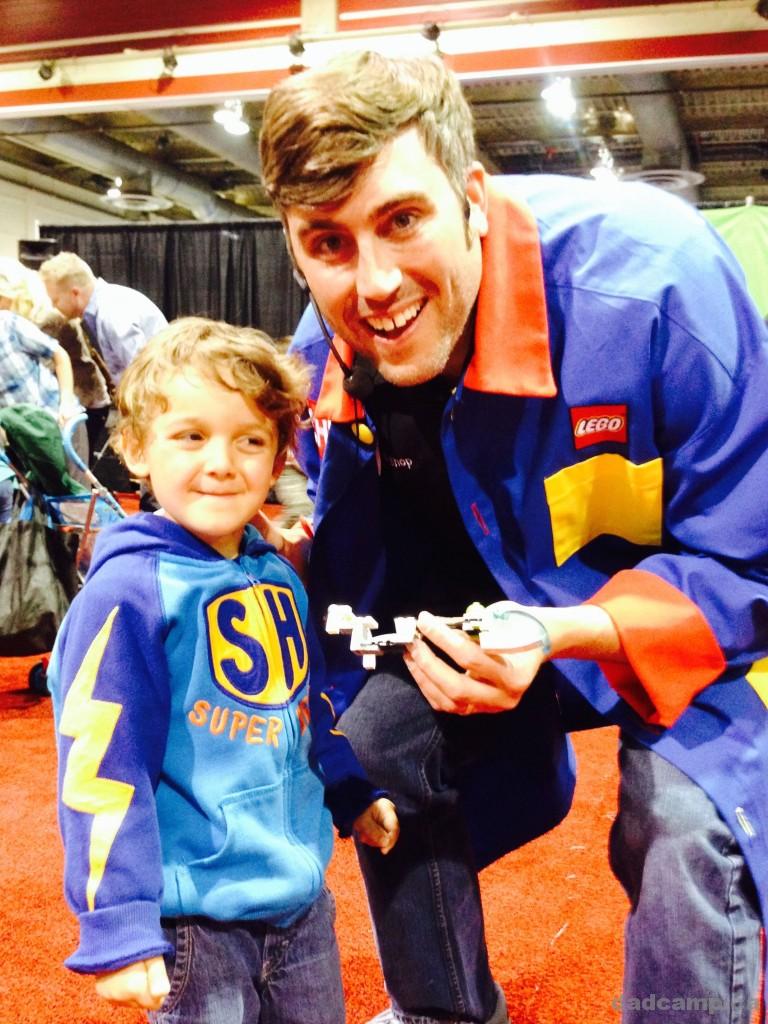 Then it was over to another section where they would build their own special pieces to be placed on a HUGE LEGO build representing the Canadian flag at the end of the weekend. 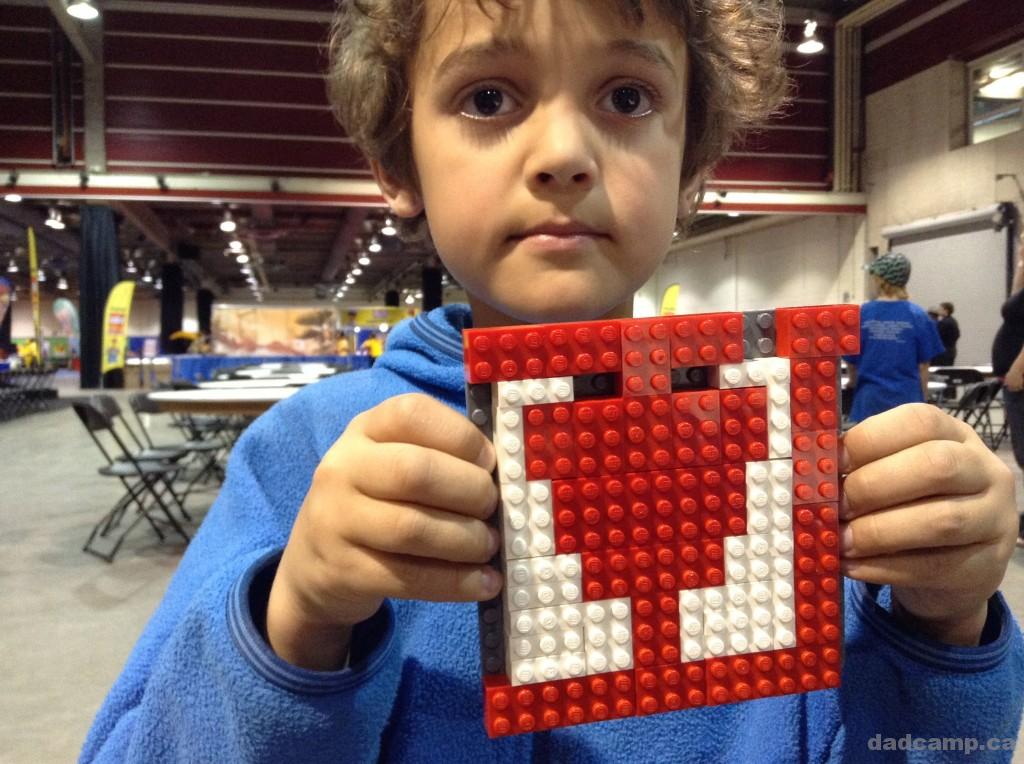 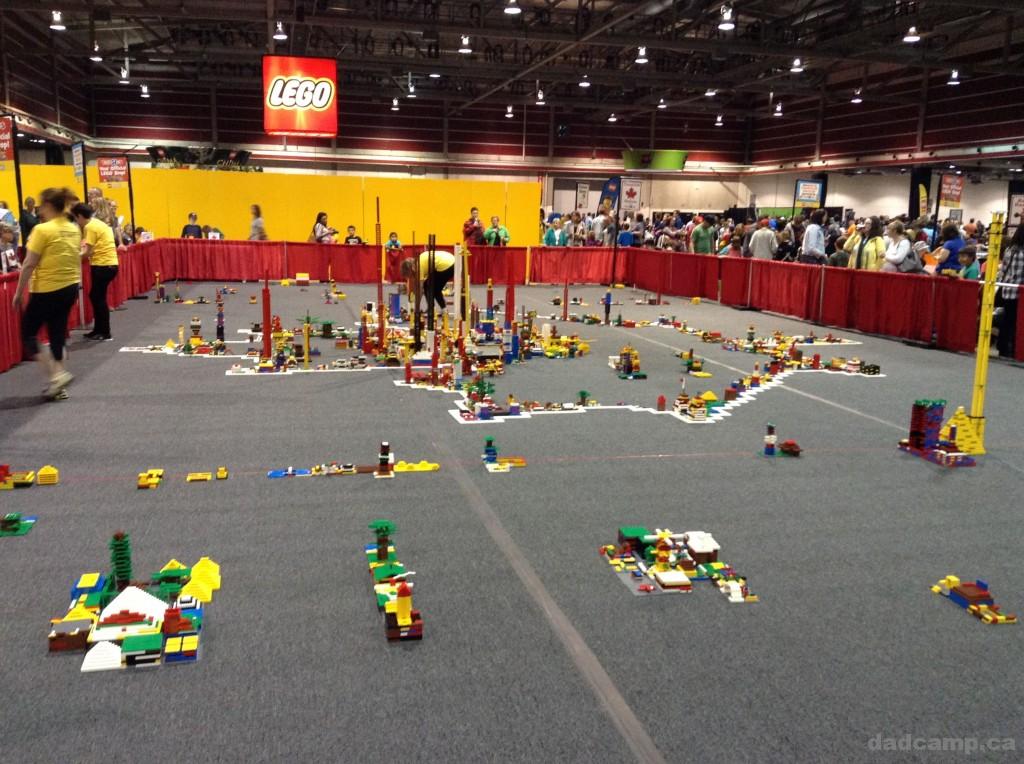 Then we wandered over to the LEGO race car section where Zacharie invented a very cool hot rod racer to hit the ramps. 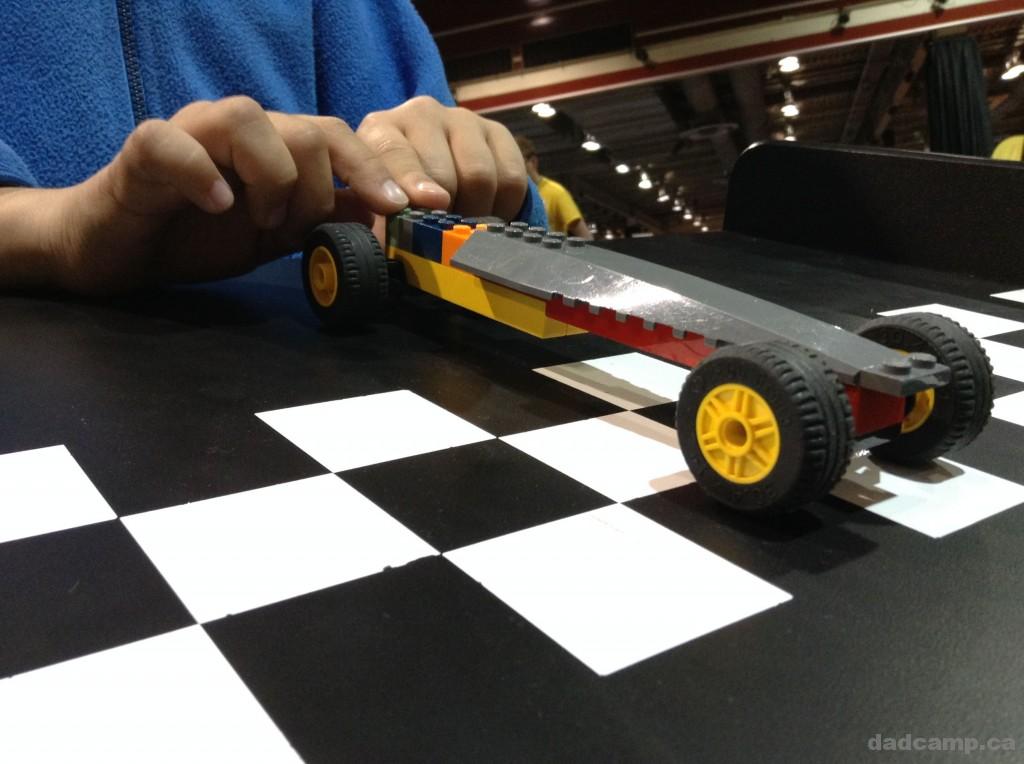 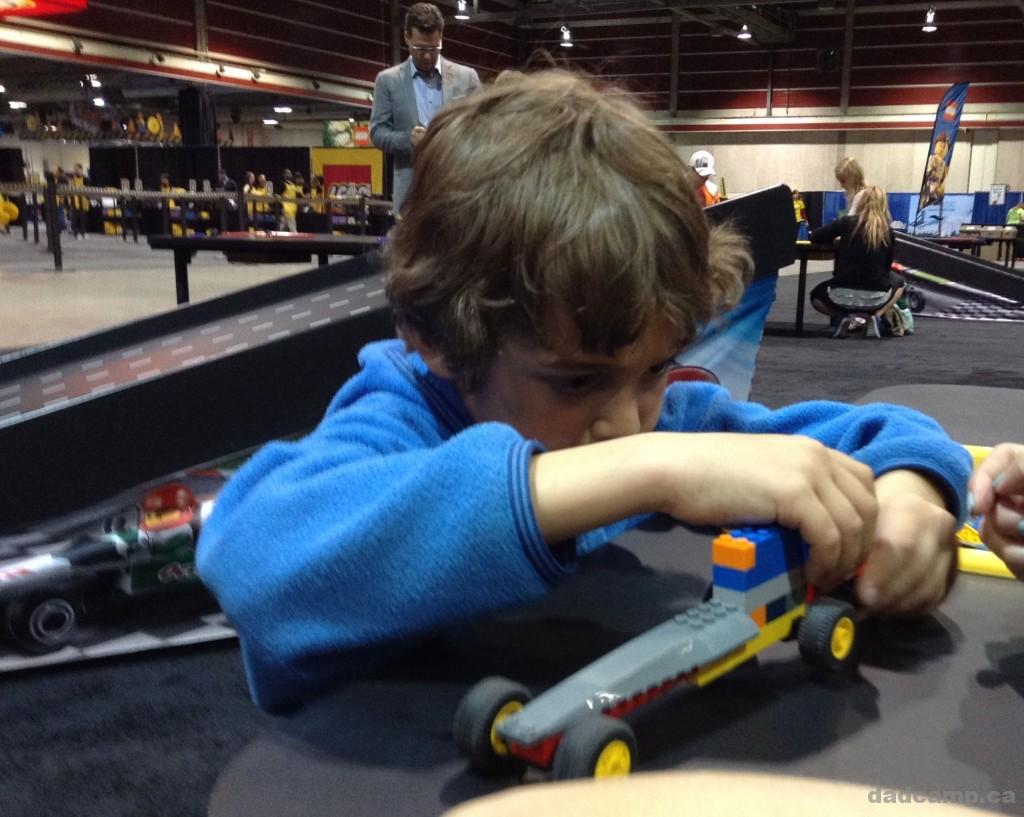 We dove into the absolute biggest pile of LEGO you’ve ever seen, diving into it like it was a pile of sand and getting buried. 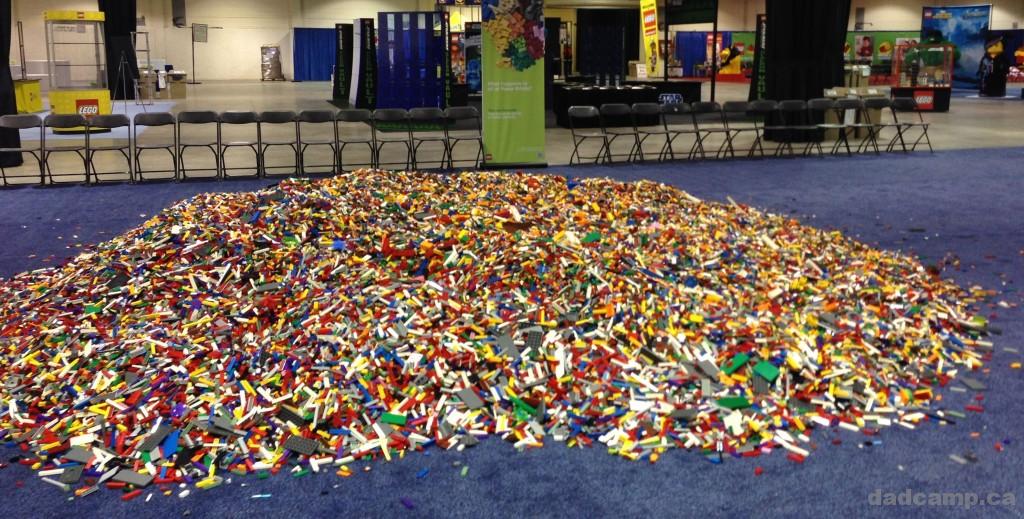 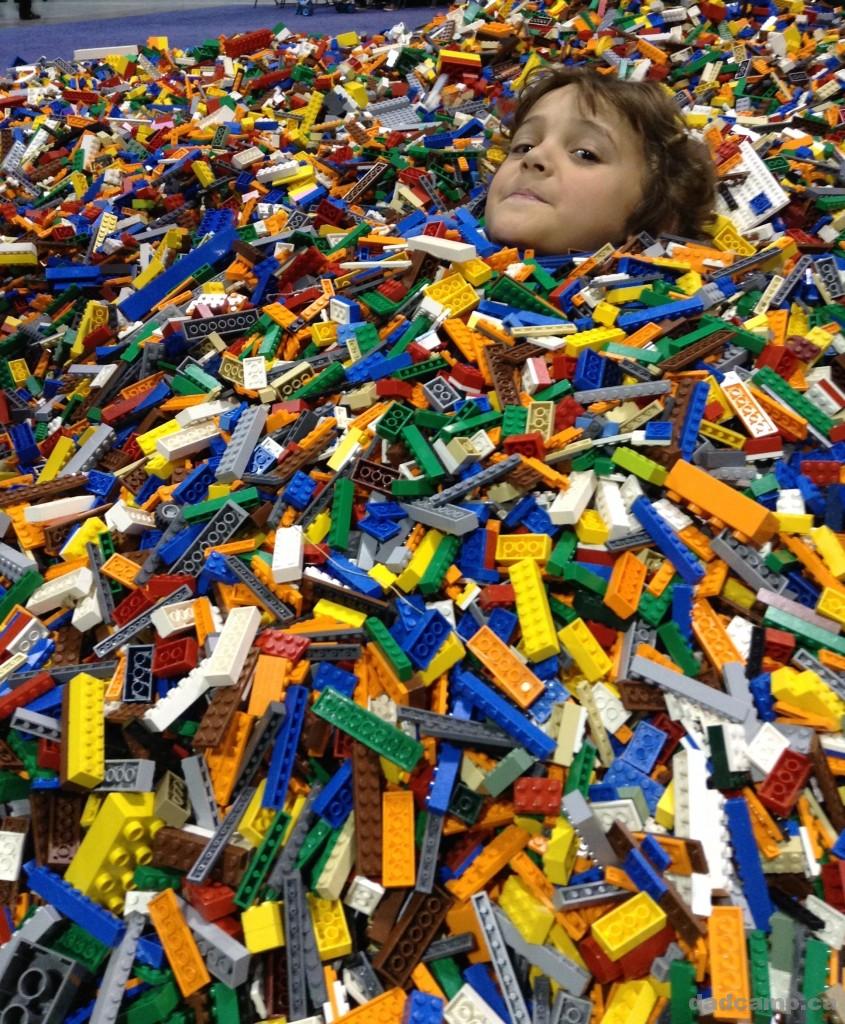 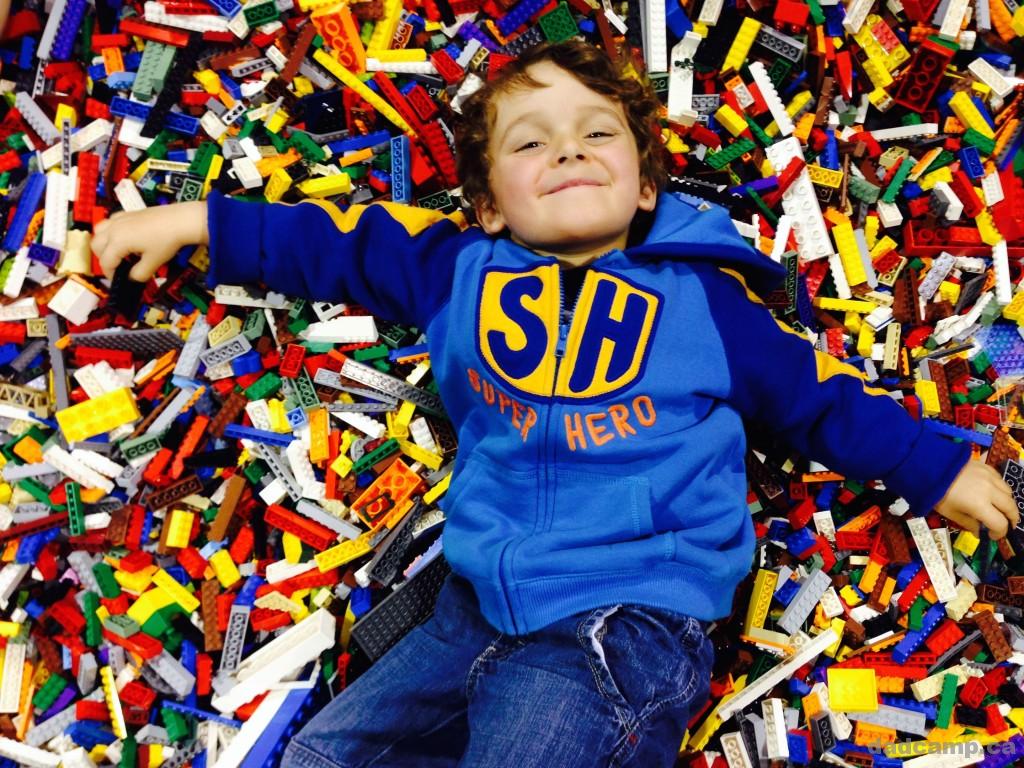 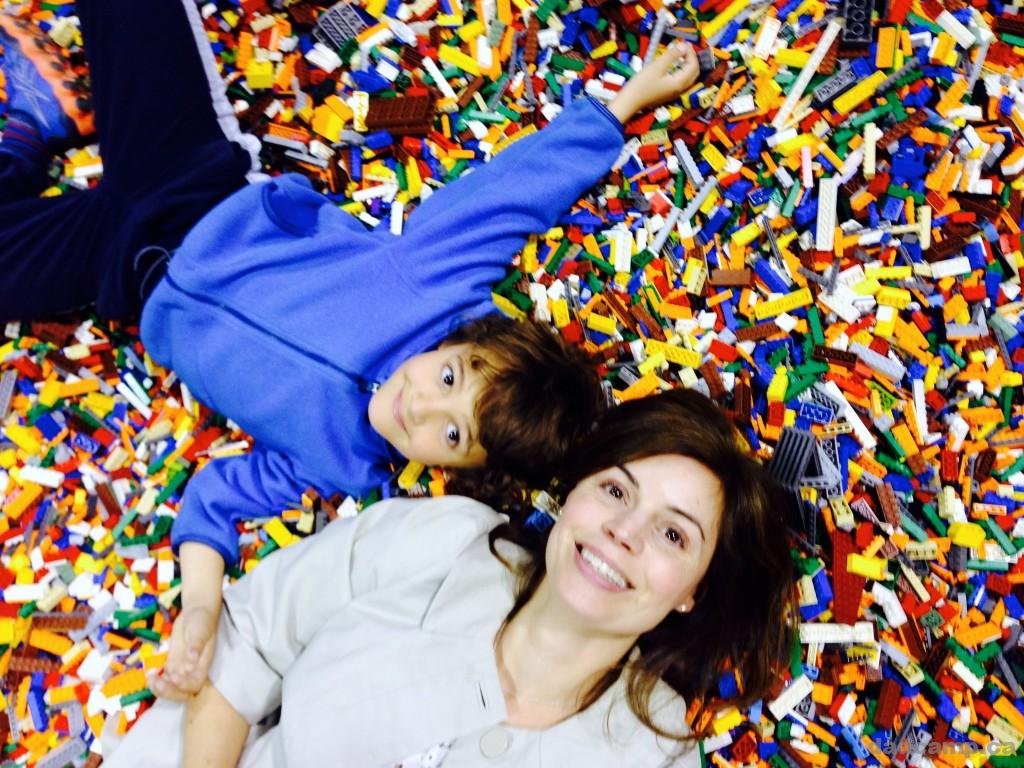 We checked out the models built by the LEGO Master Builders, having our pictures taken with Emmet and Wild Style, Darth Vader, Superman, Ninja Turtles, and more. 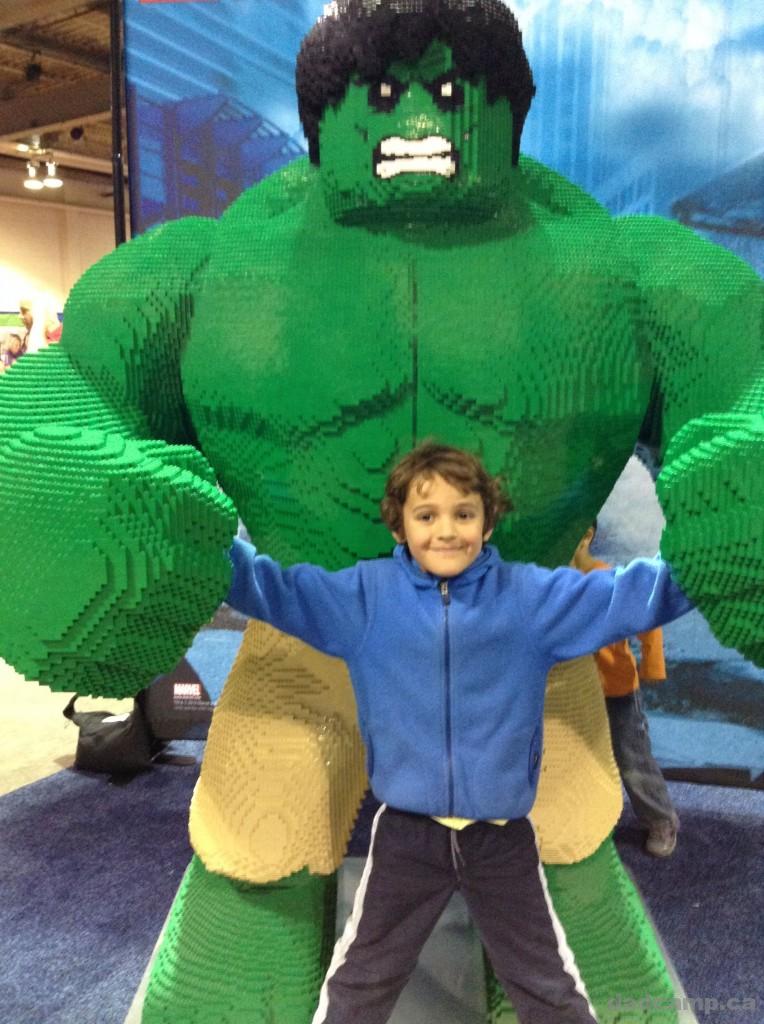 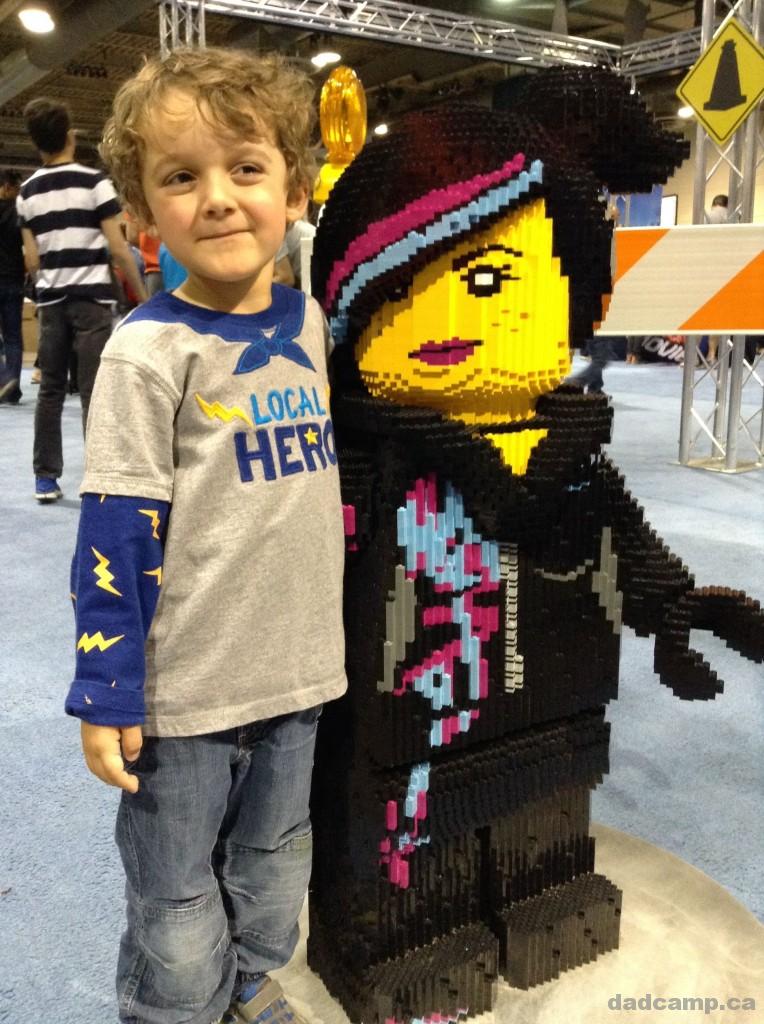 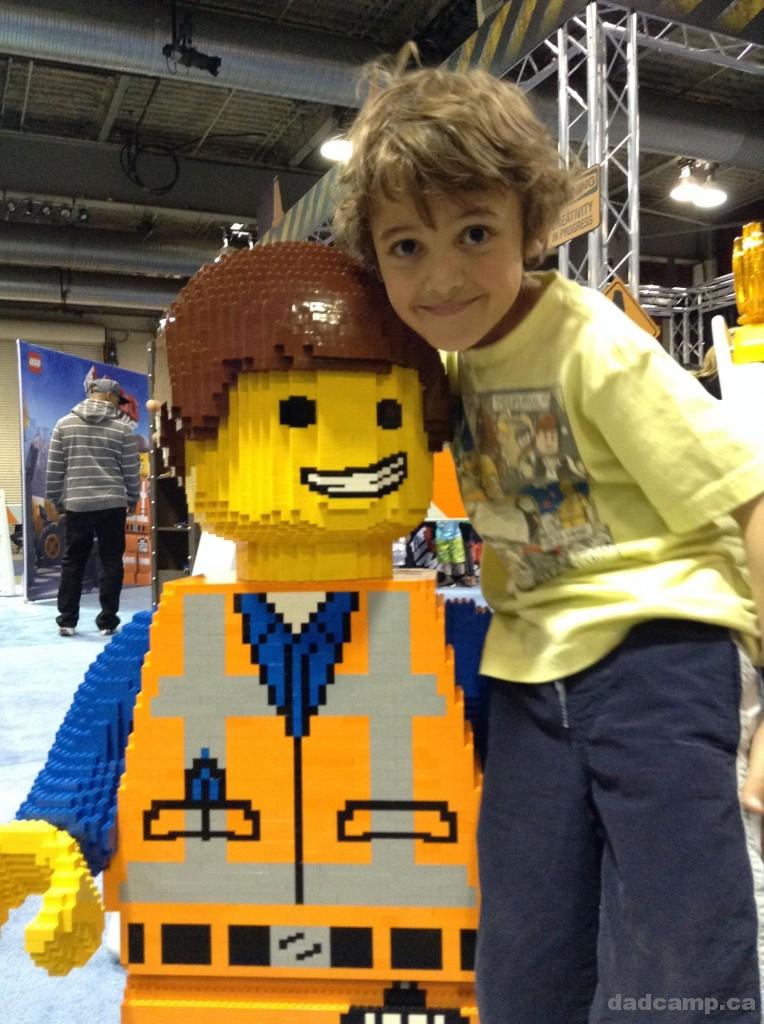 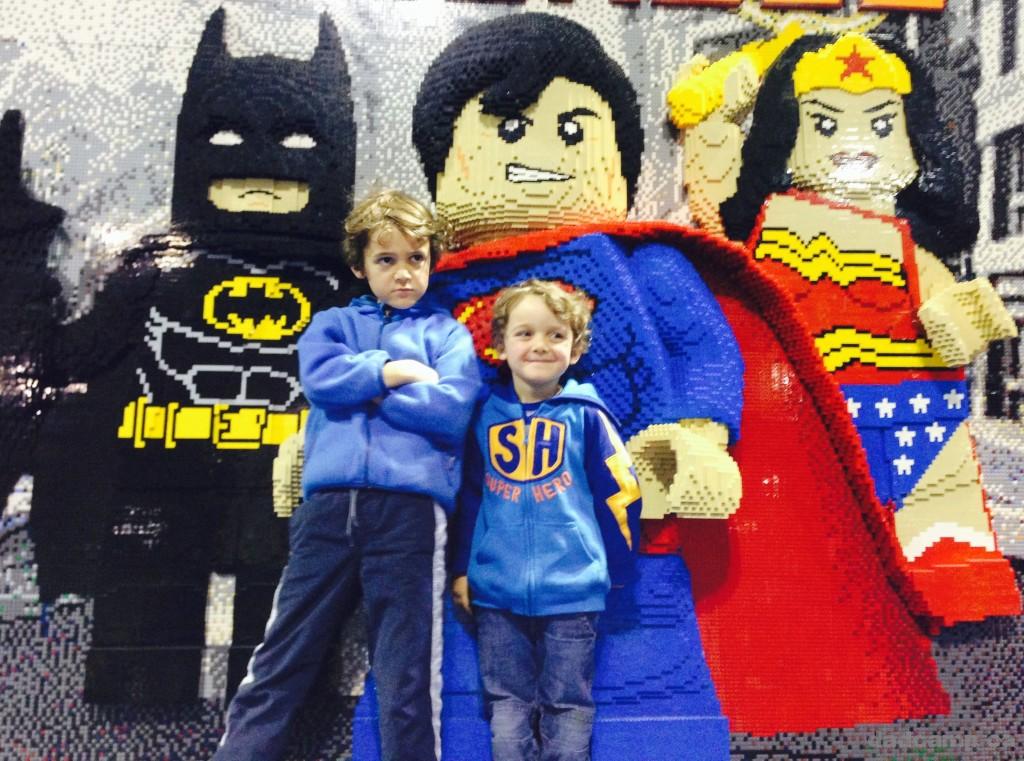 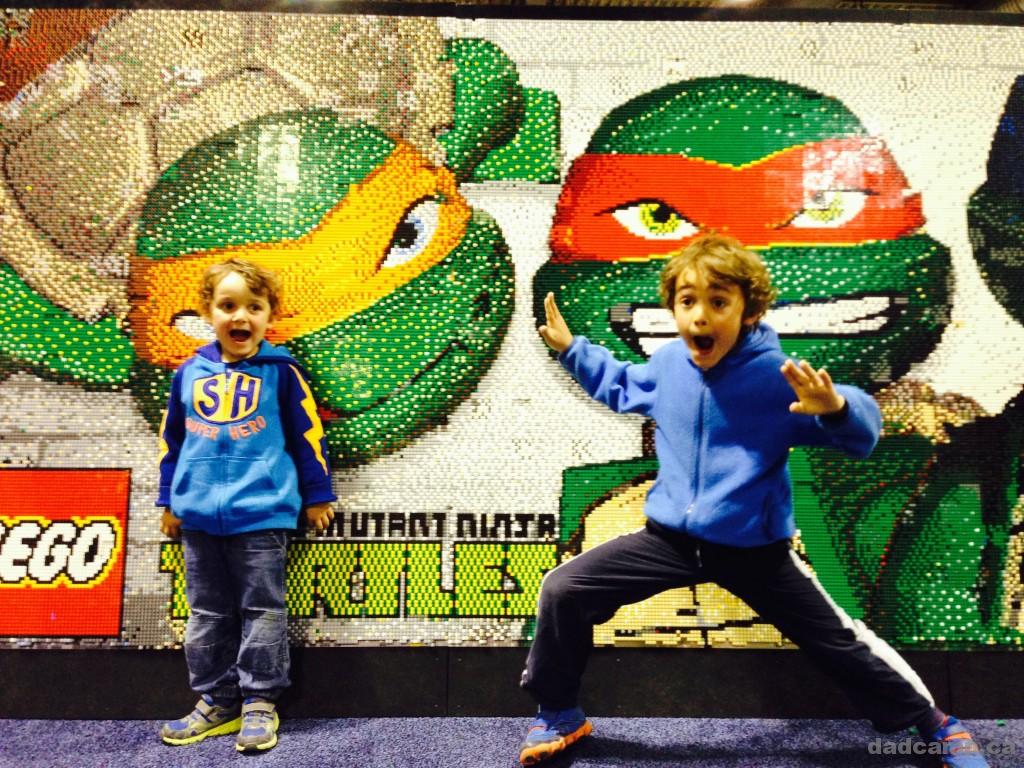 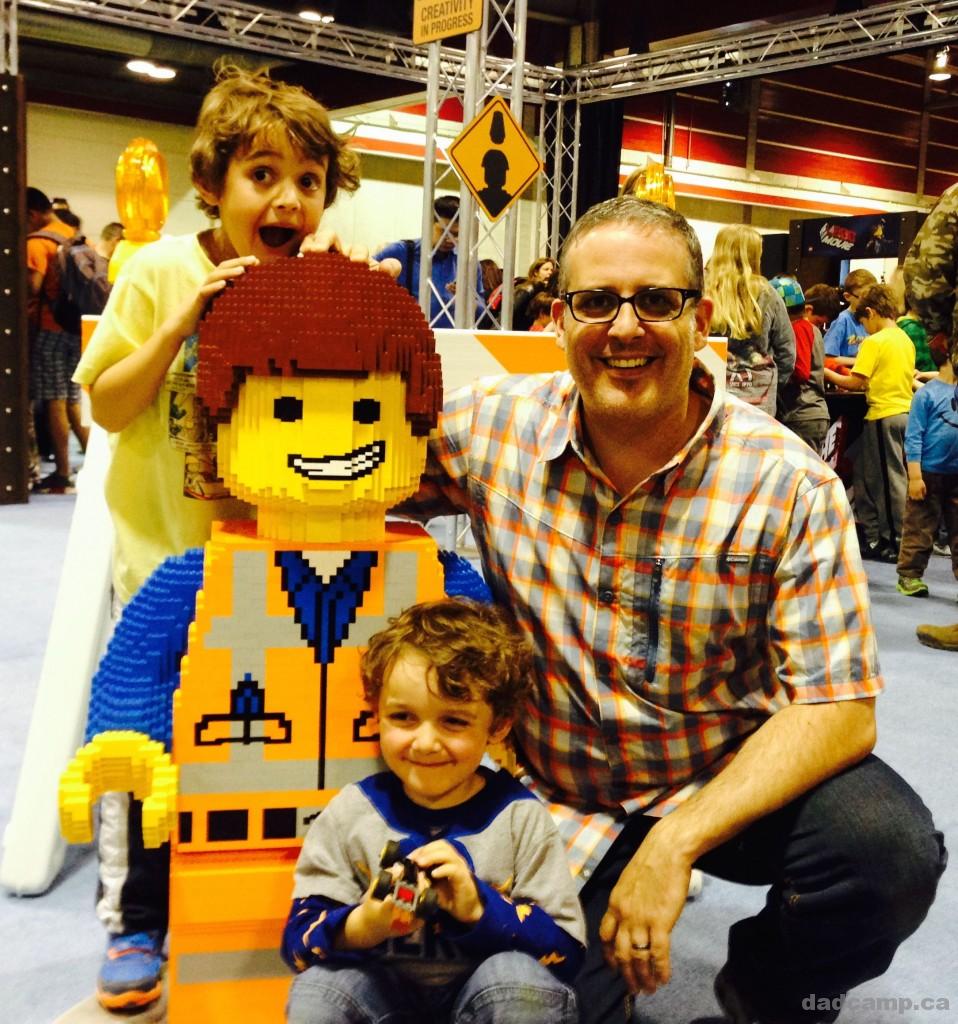 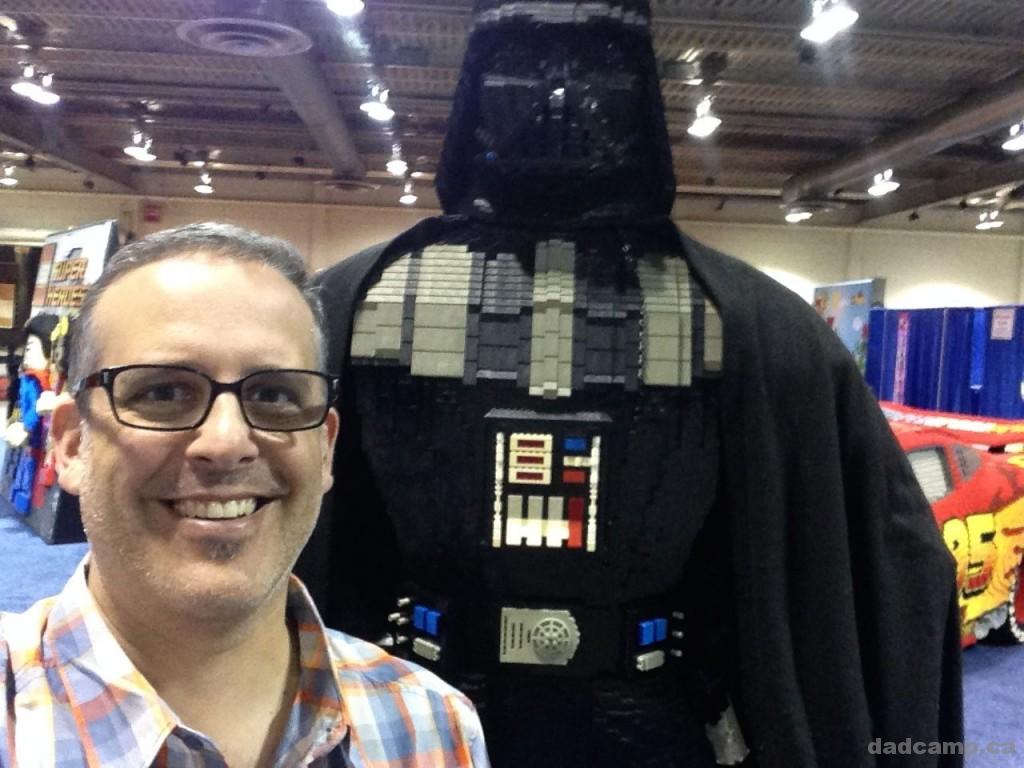 Then we worked ourselves through the specific themes of LEGO bricks. This was awesome, each zone was set up with huge build areas where kids were encouraged to dig in and work their imagination to build something upon the theme of the series.  And then they were invited to display the art. Their were LEGO galleries in each section. It celebrated the unique creations of each child. 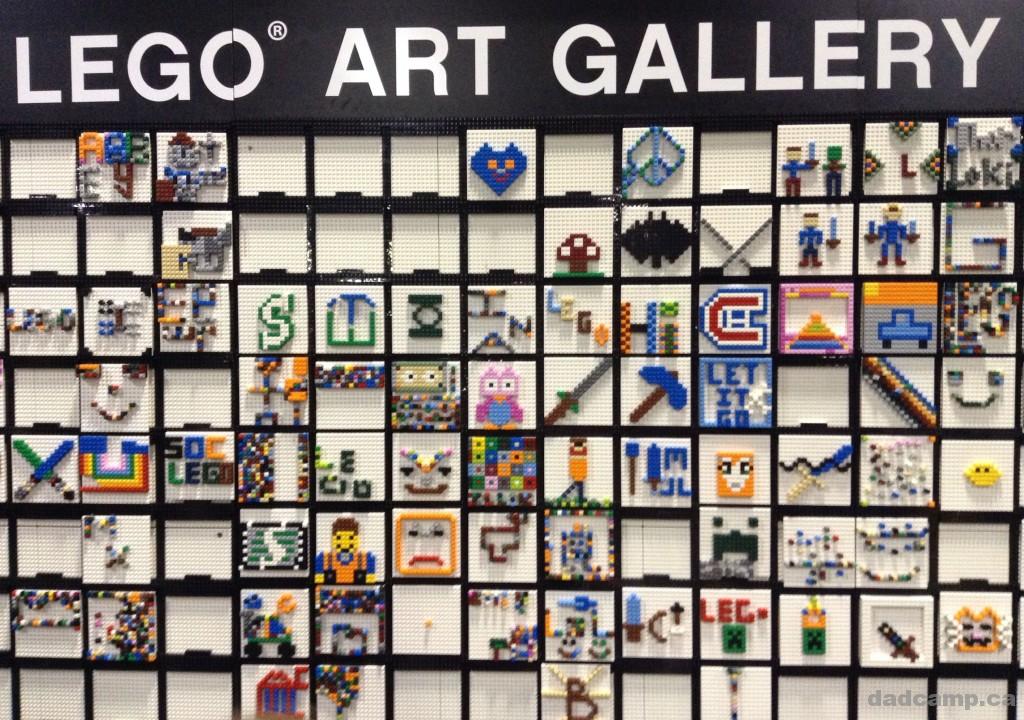 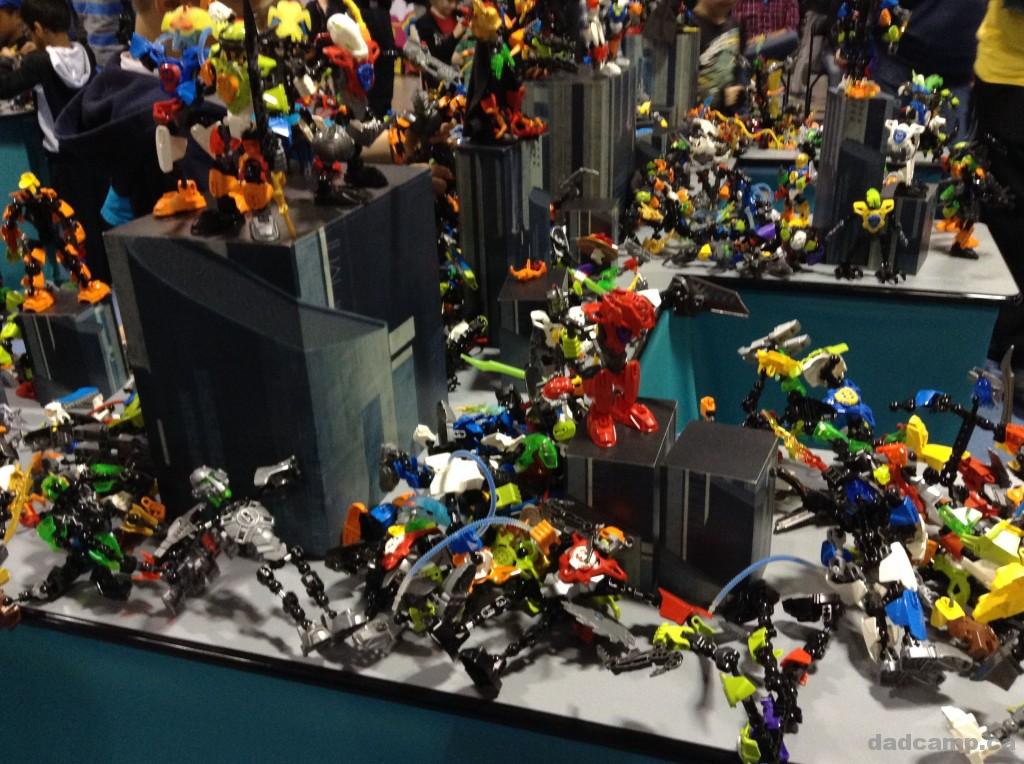 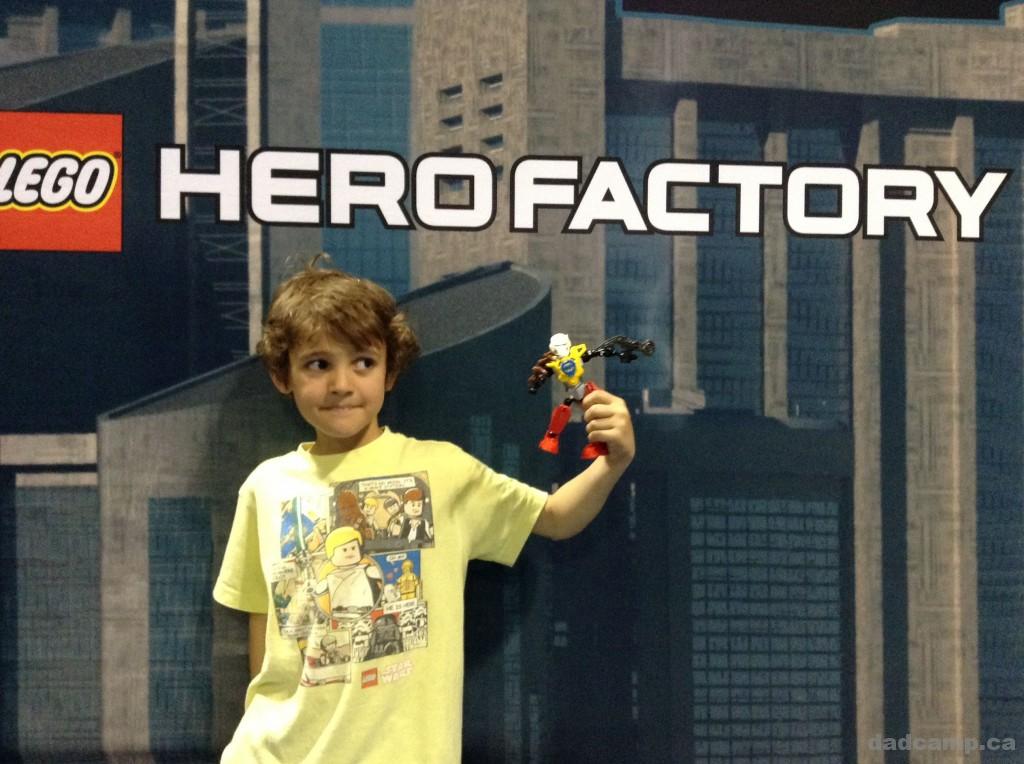 When we got home, both boys dumped out their loot bags of minifigs and magazines on the kitchen table and talked about all the different things they built and imagined in the afternoon.

Zacharie paused, took it in, looked up at me and smiled. “Today was so much fun, Daddy. Thank you so much.”