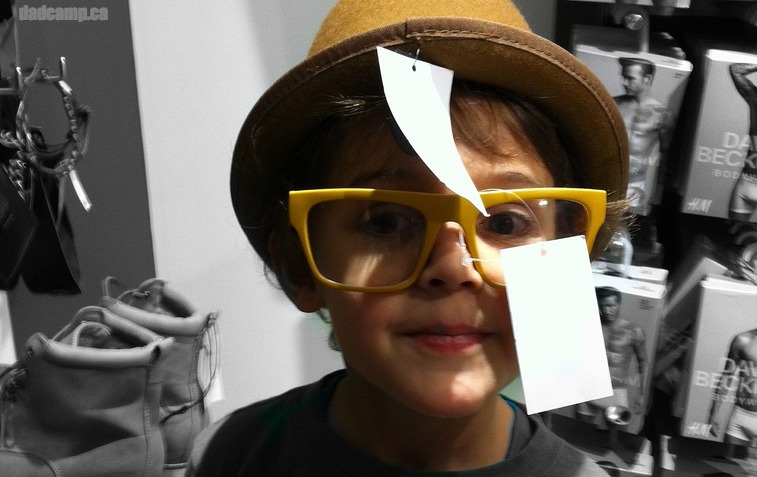 [twitter]I figured out why Zacharie is my favorite child. He’s 5.

I was reading a post by Black Hockey Jesus lamenting the loss of his 8 year old girl (she’s about to turn 9) and he mentioned that 5 is truly the best age ever for kids.

These are my last few days of having an 8-year-old daughter and I will miss her. Missing people is usually reserved for those who have moved away or died, but I tend also to miss the past manifestations of the people I love. I miss my baby girl. I miss the toddler. I especially miss the spunky 5-year-old (5-year-old kids are maybe the best kids of all time), and I will miss my 8-year-old too. But she hasn’t gone anywhere, you might argue. She’ll still be her when she’s 9. It’s the same person. But no it isn’t. None of us are ever the same. Not now. Or now. Not even now.

So how could my 5 year old son not be my favorite? I’ve been thinking about that comment, about 5 year olds.

Zacharie looks so grown up (well as grown up as a 5 yr old can look), and yet he’s still so silly and young. Scientifically, kids stop being cute when they’re 4ish, but even at 5 Zacharie still has that infectious, eager, enthusiastic, invincible laugh that just makes you want to devour him.

He claps with excitement and begs for “High 5!” when I say that movie night will be Peter Pan, then the next day is building spaceships out of Lego and doing Darth Vader imitations in his play acting. He’s as comfortable in bright, clashing stripes and cartoon pandas as he is in skater-styled t-shirts with skulls and crossbones.

He can do things on his own, and he wants to look after his brother. He learns actual ‘things’ and ‘facts’ in his kindergarten class, and he is thrilled to act as a lecturer to his brother (and the family) about how things work in the world. He is so confident, and so naive at the same time.

That’s the thing about 5 year olds, I guess. They have no fear, they are dripping in confidence, and yet they are still childish enough to have nightmares and believe that monsters live under their bed. He wants to do everything on his own, but he still loves kisses and hugs from Momma and Daddy. He’s becoming his own person, but he’s still not out of the nest enough to think his parents are uncool.

These are the best days ever, no wonder he’s my fave.