For the past 10 days my wife and I have been traipsing through London, getting up at the crack of dawn for safaris, and spending far too many hours on planes.

Just my wife and I, off to see the other side of the world for two weeks – and I don’t miss my kids.

The guilt was terrible the final few days before we left. My sons are HUGE fans of safari animals and I wondered if I had made the wrong decision in just getting tickets for my wife and I, leaving the boys at home with their grandparents.

It took just a quick look of a pub menu in London as we settled in to watch some World Cup action to realize I made the right call leaving the boys at home. There were no pizzas or noodles or chicken fingers on the menu. I wouldn’t have to fight to find something for them to eat and deal with pouty tween attitude at the table.

Sure, we FaceTimed our kids from the table while we watched the game, so I guess I did miss them a little bit.

Our 4 days in London was spent on long walks looking at shops in Soho and Covent Garden, extra time lingering around the gates of Buckingham Palace and the  pools and ponds in Kensington Garden. 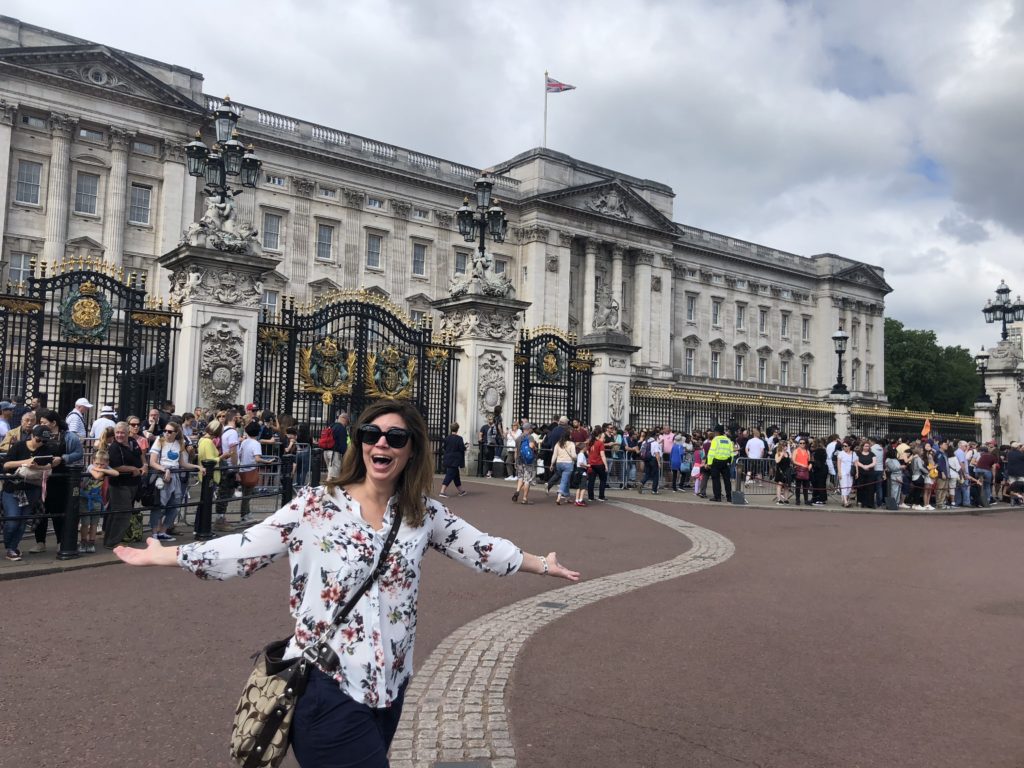 Charlie would have gotten a HUGE kick out of seeing “Princess Baby Cuckoohead’s“ house, but we were grateful for the time to linger over a very long high tea. 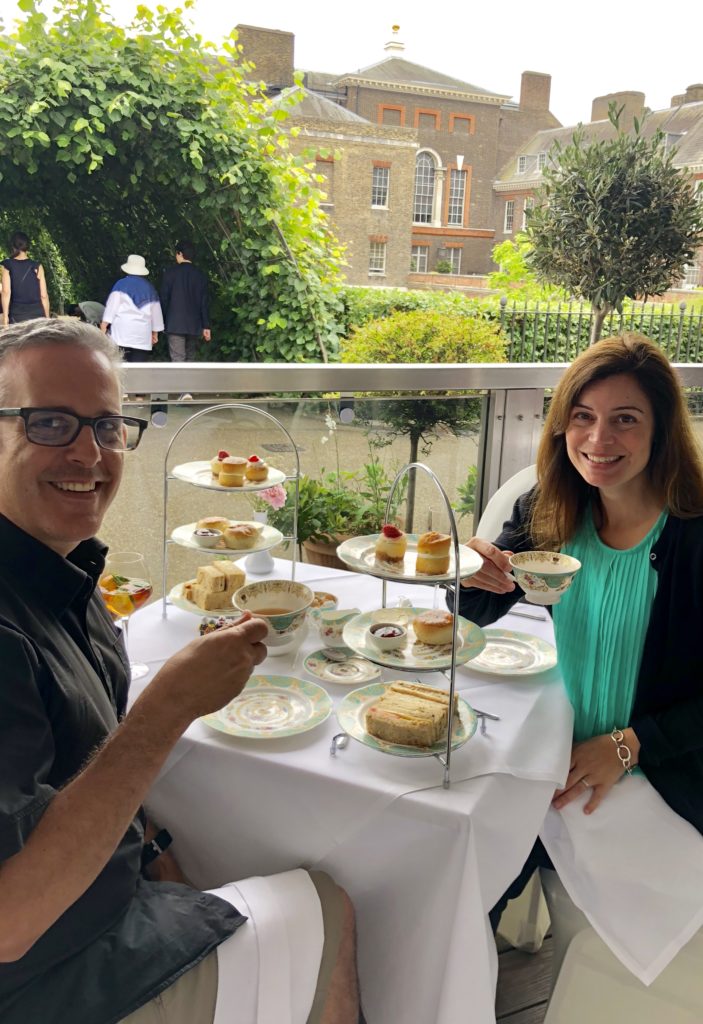 I spent a few hours people watching at the Tower of London while my wife gaped at the Crown Jewels. 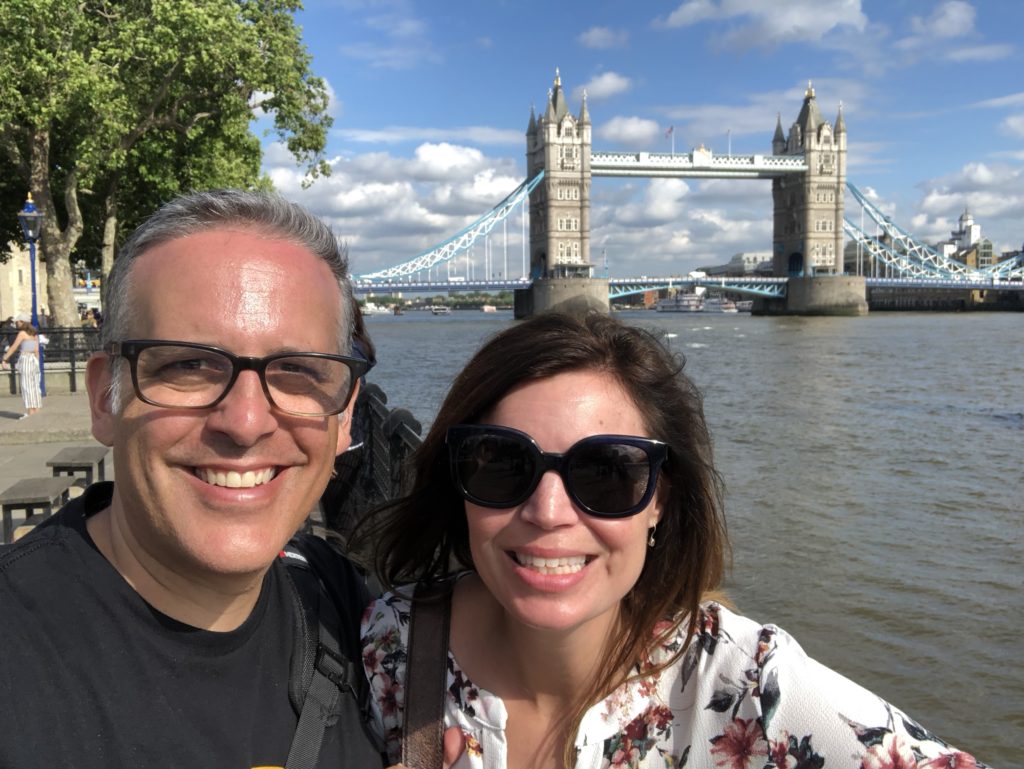 We bounced around in an Uber taking in Abbey Road and Platform 9 3/4, all without any considerable stress. 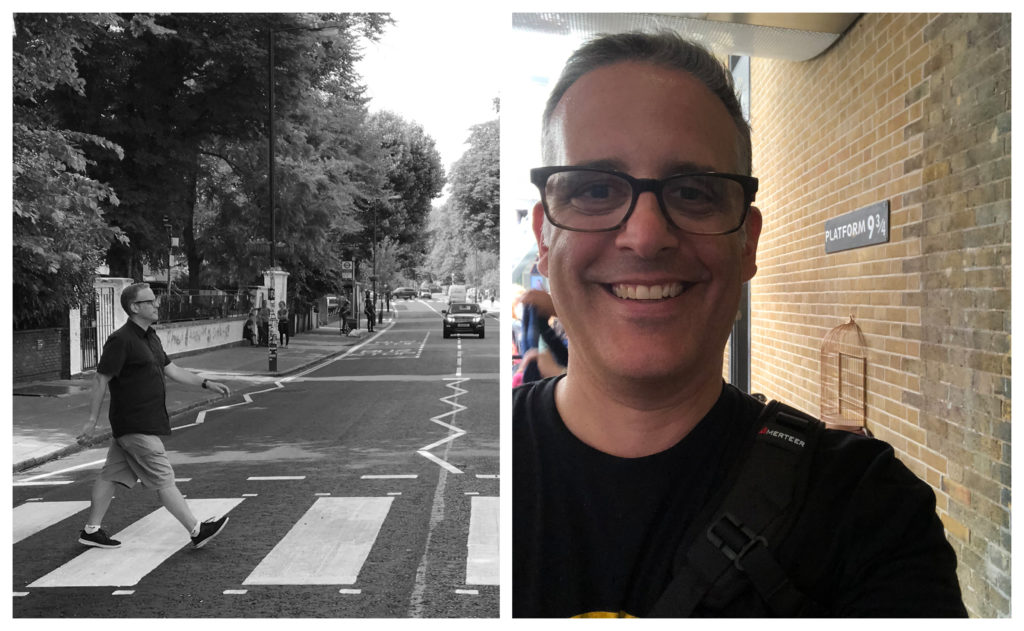 Yes, more texts were sent back and forth to the boys back home, but the guilt was waning. We were relaxing. We were doing what we wanted to do. We had the complete ability to be selfish for the first time in a long time and we soaked it in.

The guilt did return, however, when we went on safari at Entabeni in South Africa. 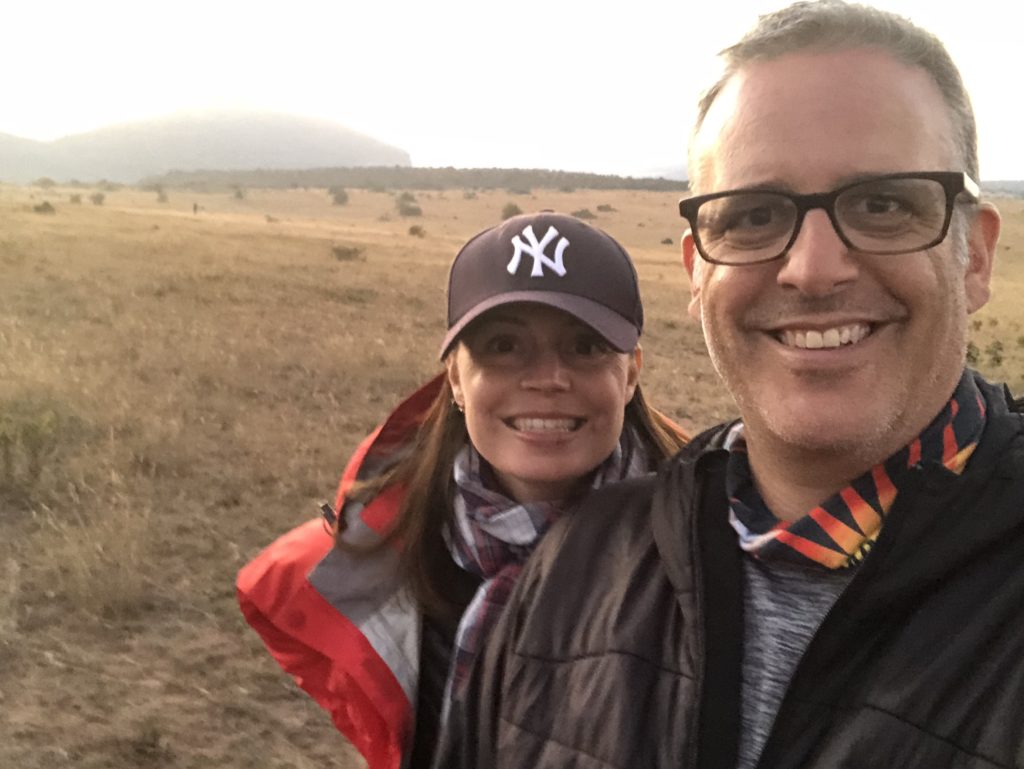 Zacharie would have loved the chance to have been so close to a cheetah. 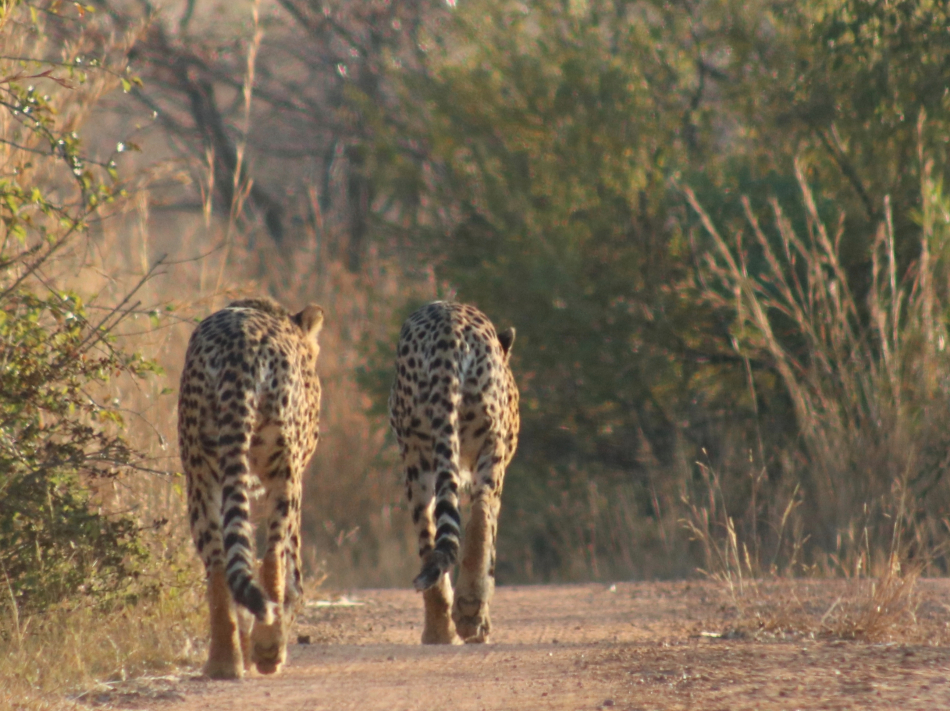 He would have bragged to the entire jeep about the traits of giraffes, lions, and elephants had he been there.

It would have been fantastic. And I can’t wait for him to experience it – when he’s older.  I have made both of my sons a promise that I will take them on a father-son trip anywhere in the world when they graduate high school, and I have a feeling Zacharie will choose a trip to Africa.

The kicker for not missing my kids, though, came around the reason we were in South Africa – the Big 5 Marathon. 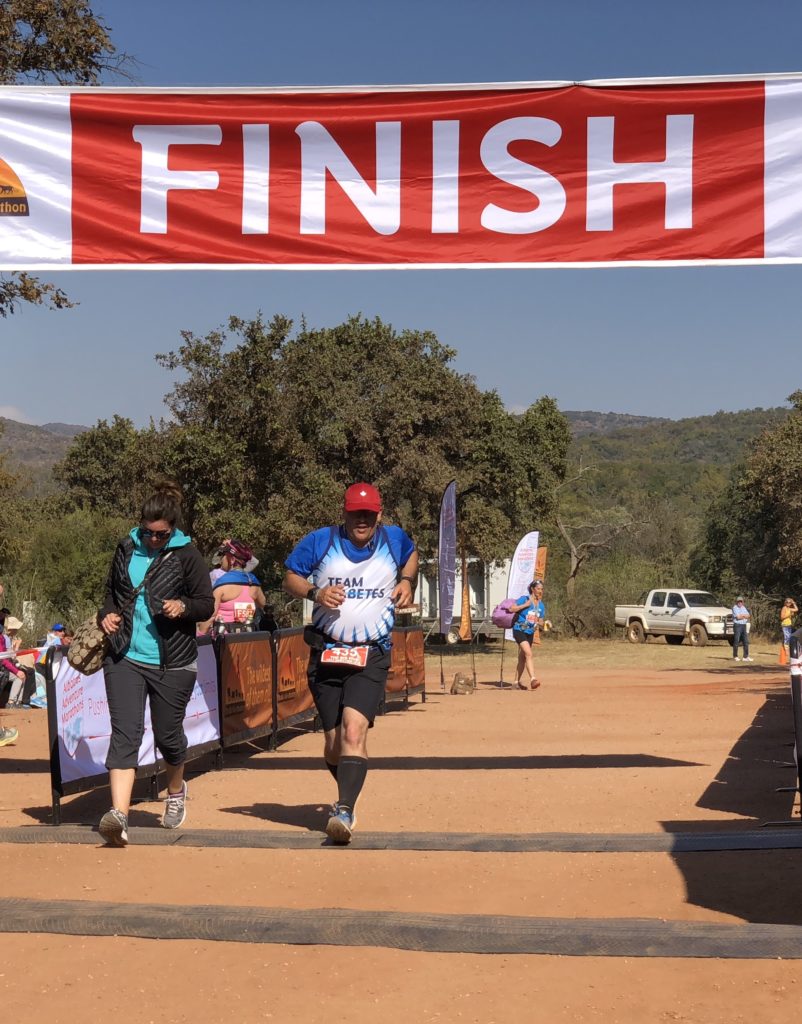 During the race, spectators could be bused out to a junction point to wait for a few hours while runners ran by. There were a couple of boys, around preschool age, who were “just terrors,” my wife described. They wouldn’t listen, they screamed, they got in the way of the race, and they were trouble. Blame the parents, blame the kids, it just underlined that a safari isnt the best place for kids who can’t sit, listen, and be patient.

Later, at a luncheon, my wife chose a table next to some other people who had brought older kids. They were playing with books and toys, and singing at the table. I immediately got up and asked that we moved. “I’m having a vacation without my kids, I don’t want to be bothered by other people’s kids,” I announced.

And with that, all guilt was gone.

We are in Cape Town now. The weather is nasty with a strong wind fuelled rainstorm pounding our ocean view patio. The plan had to be to do some walking and sightseeing, but those plans will have to change. 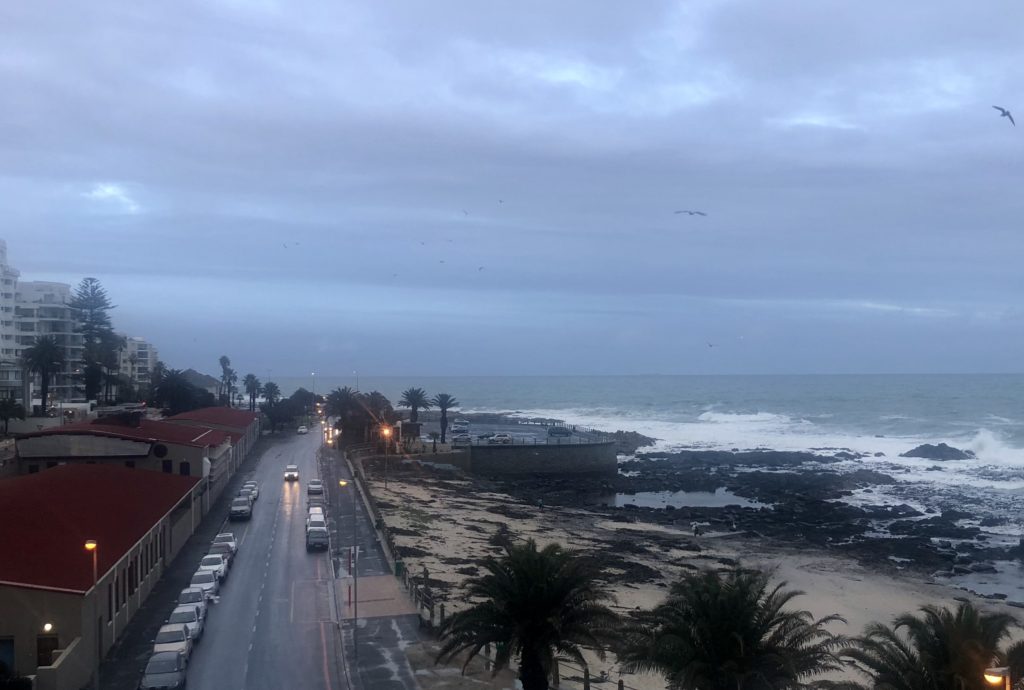 We might stay in bed for the rest of the morning, we might take a tour bus for wine tasting, we might just go to a cafe and read. It’s our choice. We have nobody to entertain but ourselves and we’re quite content with being bored.

This will be the last chance for a few years than Jen and I will have to get away. My parents are getting older and asking them to look after two boys for two weeks is getting to be a taller and taller task. We are so lucky and I’m so grateful that we’ve had the chance to get away and have  our family look after the boys.

While I’m glad to have taken a break from parenting for a couple of weeks, and have soaked up being selfish, I still can’t wait to share our stories and souvenirs with our sons when we get home – in 4 days.

Daddy still has more relaxing to do.