Childhood creativity is completely random and it shines at the most bizarre times.

Last week I was waiting for an appliance delivery. I didn’t want to start any projects for fear as soon as I dug in the doorbell would ring. You know the feeling. So I sat on the couch thumbing through my phone waiting, and waiting, and waiting, while the boys binged the heck out of The Deep on Netflix.

One hour became two, two hours became three, and soon the boys had grown tired of their bingeing and retreated upstairs to the playroom. I thought it was to play Nintendo .. then they came down dressed like this: 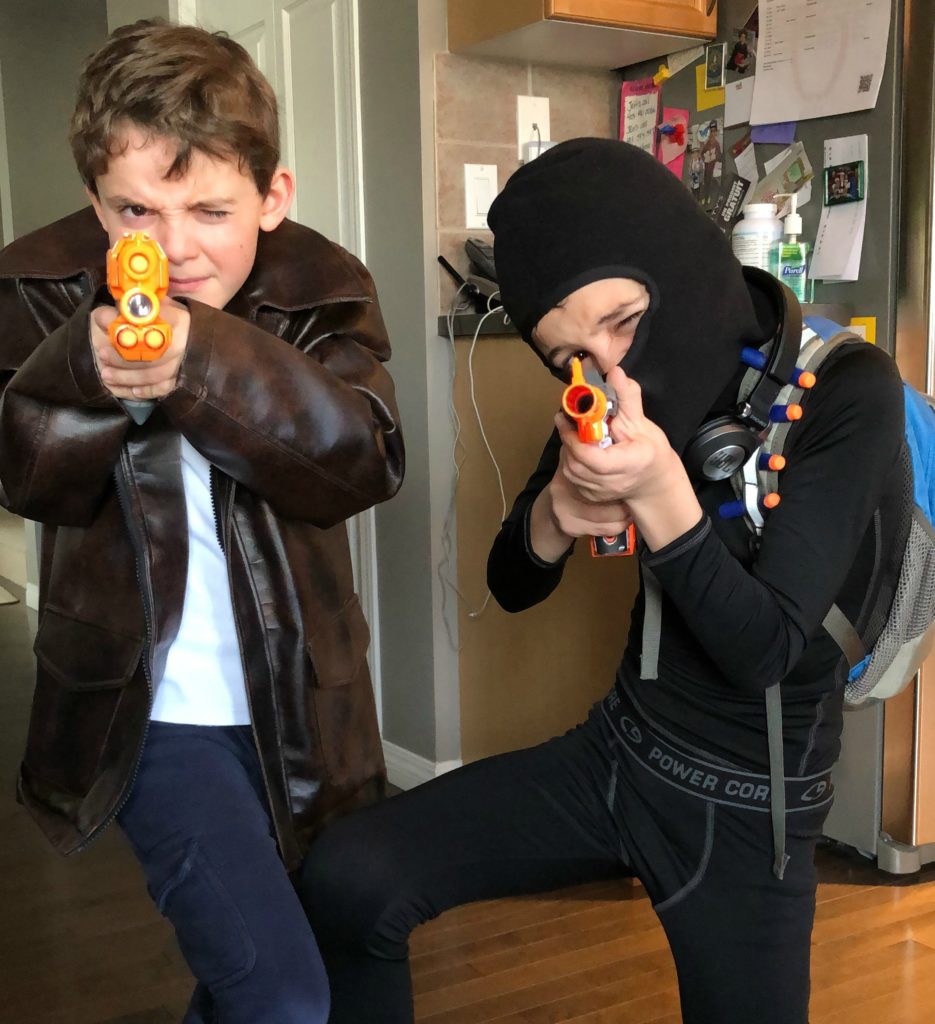 Talk about complete random wonderful creativity. The collision of random experiences made this happen.

First, some kids at school have been talking about The Suicide Squad lately (that’s where the assassins come in). Add that with the boys’ recent obsession with George Clooney, to the point of seriously man-crushing him, and the Oceans 11 series of movies (a guy whose been framed and he’s fighting for freedom and he builds a team – says Zacharie).

And then sprinkle in some Harry Potter and the Cursed Child, a book written as a play that Zacharie has been reading which inspired him to break the plot down like a script and, well, now the boys were inspired to roll off on their own adventure. 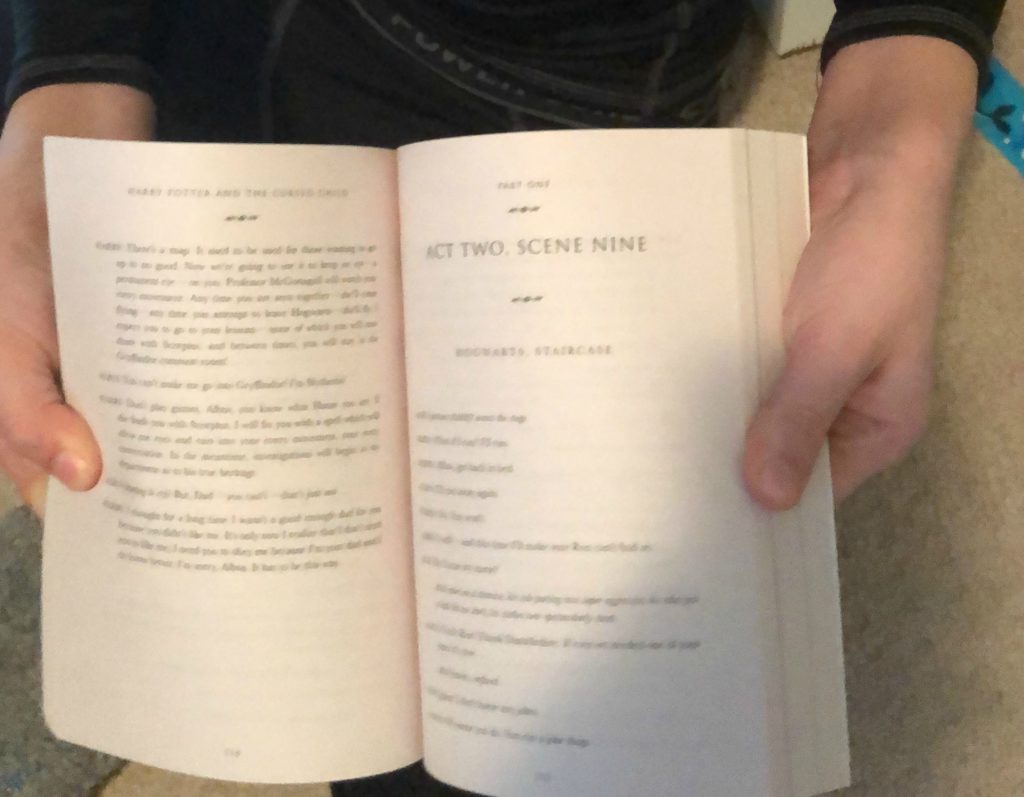 After putting on their costumes and ad libbing some scenes, they headed over to the computer and started Googling names and places to make sure they were fake.

Eventually they planned to have the script ready in a week for us to shoot on location during our Palm Springs vacation. They’re going to pack along their Nerf guns and I have assured them we will have a cool car and I can shoot the scene so as it looks like Charlie is driving.

Each night this week they’ve huddled in Charlie‘s closet pecking away on my old Macbook, or working in tandem on a Google Doc between their iPads. It’s been masterful to watch. 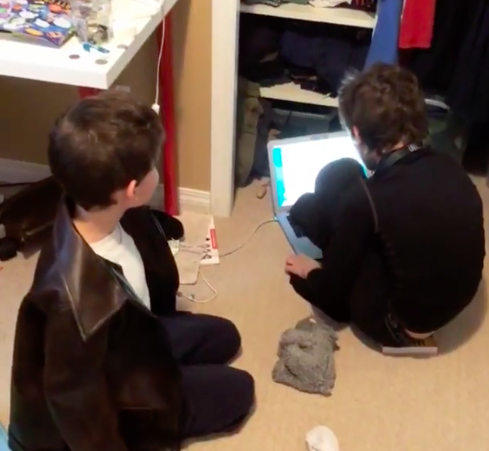 Well, that is until they actually started explaining the plot to me.

And it gets better.

“Daddy, can you do a wheely in your car like they do on The Grand Tour?,” came a shout one evening this week.

“Awwwwwww,” came the whine as they went back to the drawing board.

This should be an interesting vacation. I’ll try to make as much of their imagination come to life as I can, because why would anyone want to shackle that kind of creativity?!