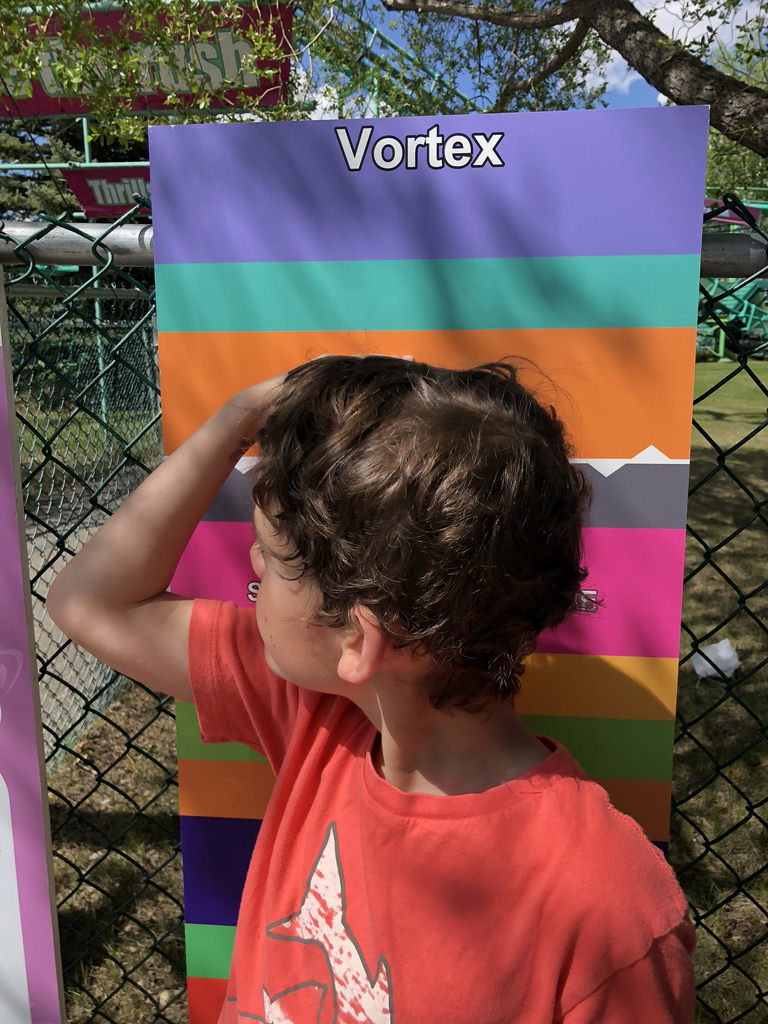 Truth be told, Charlie was tall enough to ride The Vortex at Calaway Park at the end of last season. The Vortex is a bright green and purple coaster that features a decent sized drop, a hard turn, and then a double corkscrew. By global coaster standards, it’s a small thing, but it’s the biggest one in town and a rite of passage for kids in Calgary.

This time, on opening weekend, he strode past the bumper cars, popcorn, merry go round, and games of chance, and went right to the Vortex and declared his intent to ride. Usually it takes us 40 minutes to get to the back corner of the park where the coaster is, we were there in under 5.

Charlie didn’t. He was nervous, but he was ready, and then flashed a big smile as we climbed into our assigned car 3 from the front. 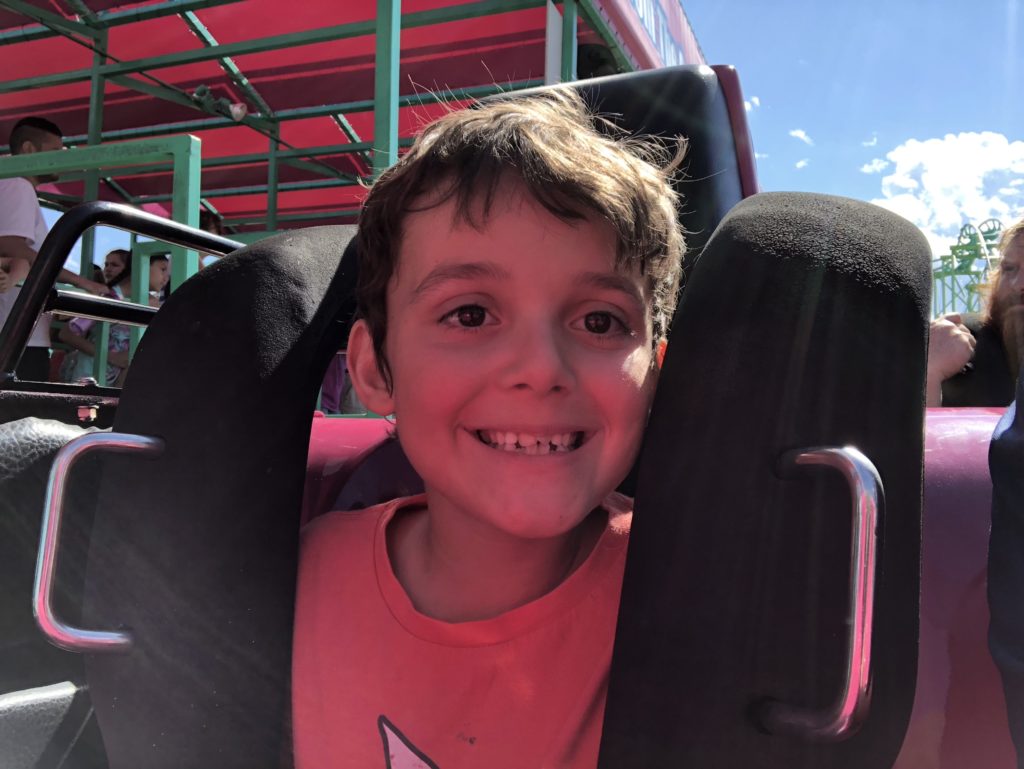 As I did with his older brother, I palmed my phone to take a video of Charlie on his first roller coaster ride. He chided me to put it away, saying it would go flying, but I gripped it about as tight as he was holding on to the roll bars as we made the  climb.

We took the little drop, made a hard right turn, and then made the big drop. His eyes bugged out, his stomach flipped, and then we were upside down. Through the two loops and one more hard turn before coming into the station to do it all again.

“I have defied gravity!.” he declared once he finally caught his breath.

“Ready to go again?,” I asked as the attendant checked to make sure everyone was cool with a second lap. 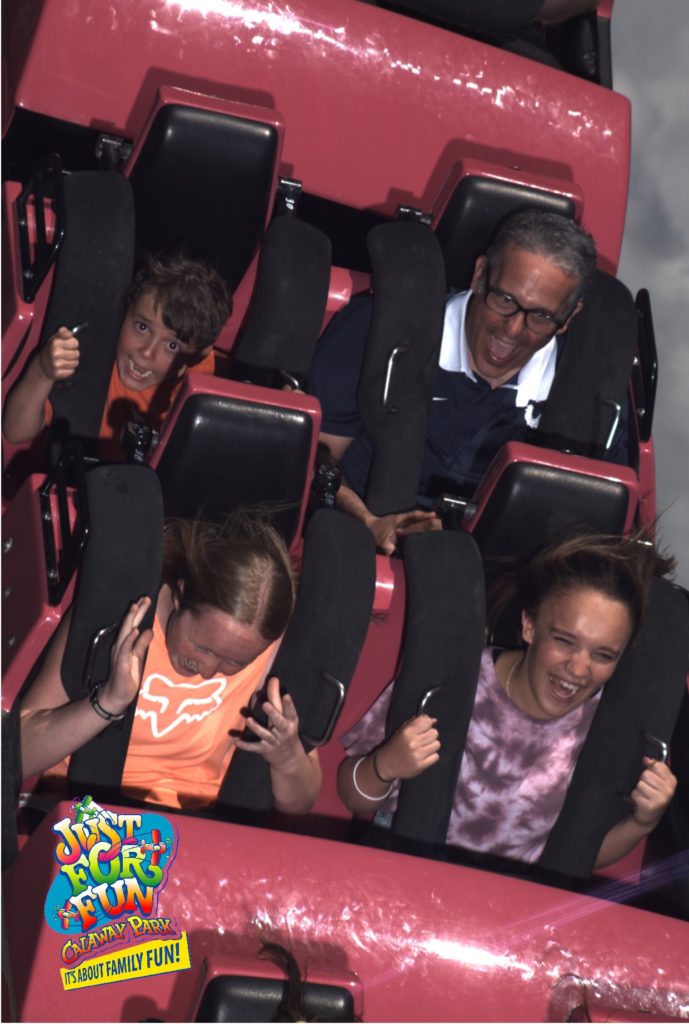