“Daddy, can you show me how to flick cards?,” Zacharie asked last night before bed, a deck of playing cards in his hands.

My mind instantly time traveled back to Grade 6 and the walls of Garden City Elementary school and the times when my friends and I would throw hockey cards against the wall. We’d  flip through the cards mumbling “need ’em, need ’em, got ’em, need ’em” as we negotiated which players would be involved in our recess gambling games and the rules of said games. 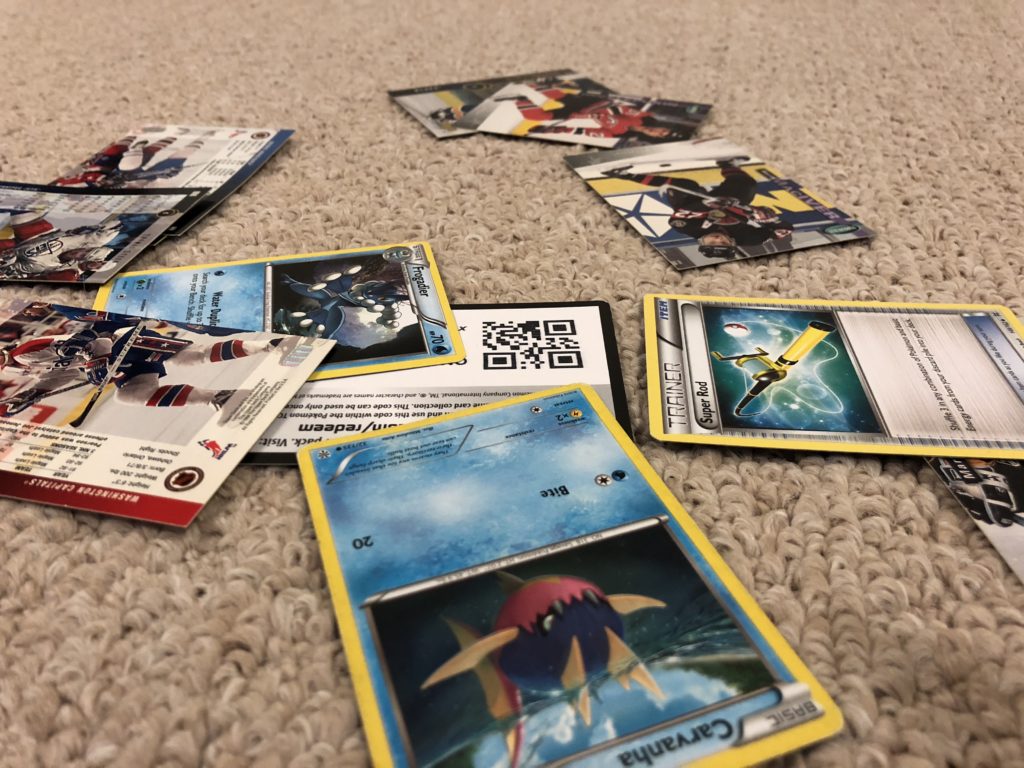 Topsies, knock-downs, bounce backs, nearsies, I played them all. I didn’t look at hockey cards as collectibles back then, I threaded them through my bike spokes and tossed them over puddles and into brick walls.

Sometimes I’d grabbed a stack of 20 or 30 duplicates, stand at the top of the stairs to the school and yell “SCRAMBLE!” before tossing the deck in the air. It was the pre teen 80s version of making it rain in the club, my peers would rush around the playground like ducks at a pond chasing feed – nipping and elbowing each other to pick up the free treats.

I hadn’t thought of those days in decades, and then Zacharie came downstairs and asked me how to throw cards like a friend of his at school. His buddy has older brothers, and they don’t gamble with collectible cards the way I did, instead they use playing cards and toss them at each other like ninja stars or darts.

So while his pals use cards as weapons, I sat down and taught Zacharie how to throw hockey cards. We played topsies, knock-downs, bounce backs, nearsies. Me using my hockey cards, him with his collection of Pokemon cards.

Interesting note about Zacharie’s Pokemon card collection. While he hasn’t threaded them through his bike spokes, he hasn’t exactly kept them pressed in plastic sleeves. He treats his Pokes the same way I treated Gretzky rookie cards – he plays with them.

I showed Zacharie how to feed a card’s corner between his first two fingers. 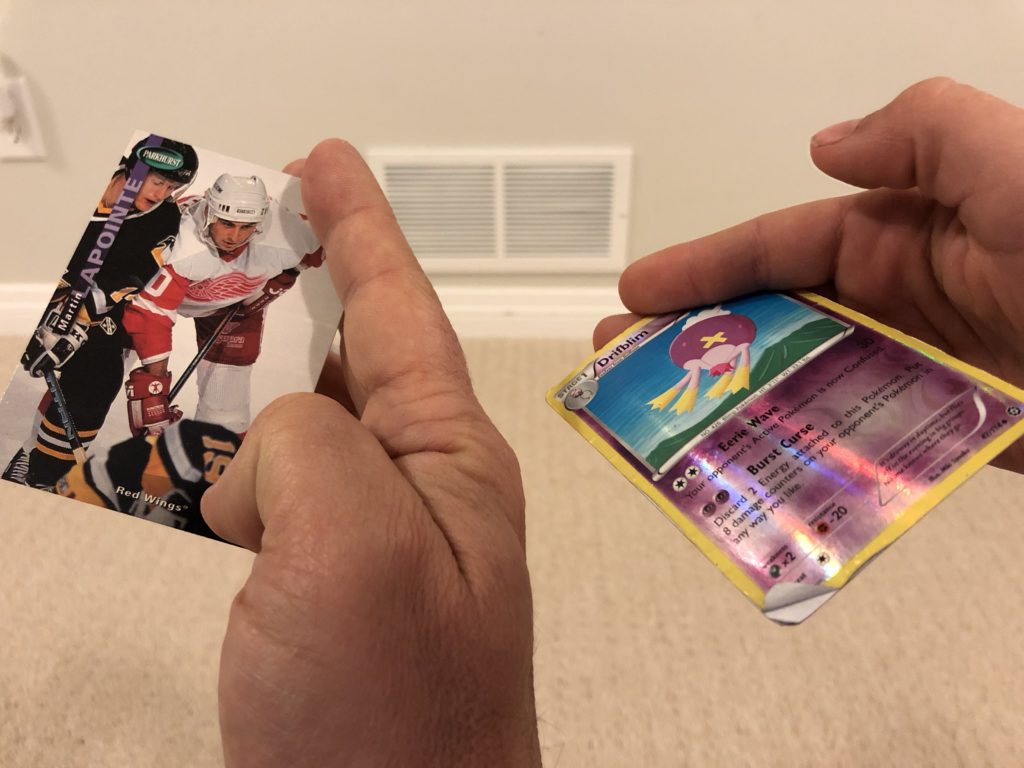 I taught him how to keep a low launch angle so the card wouldn’t flutter off course.

I demonstrated how to use your wrist instead of your arm to get the most velocity.

I showed him how to throw hockey cards against a basement wall much the same way I had tossed them at recess nearly 40 years earlier.

It was perfect. It was a completely random, out of the blue question that climaxed into the perfect father-son bonding time that drowned me in endorphins of happy memories.

The thing I celebrate most about being a parent is the chance to reboot childhood for yourself – you get a chance to live it again. When you have kids you get a do-over of sorts. You get to relive the magic of the first day of school, of learning to read, of discovering completely random facts in science.

And then you remember the skills you have but had forgotten: like how to throw hockey cards and all the games you played as a 10 yr old.

All it took was “Daddy, can you show me how to flick cards?,” while I was in the basement watching Hockey Night in Canada and all the muscle memory and skills I had mastered decades earlier came rushing back with ease.

Parenting is hard, it’s trying, but the magic moments of reliving your life and sharing your knowledge with your kids makes every ounce of stress so worth while.