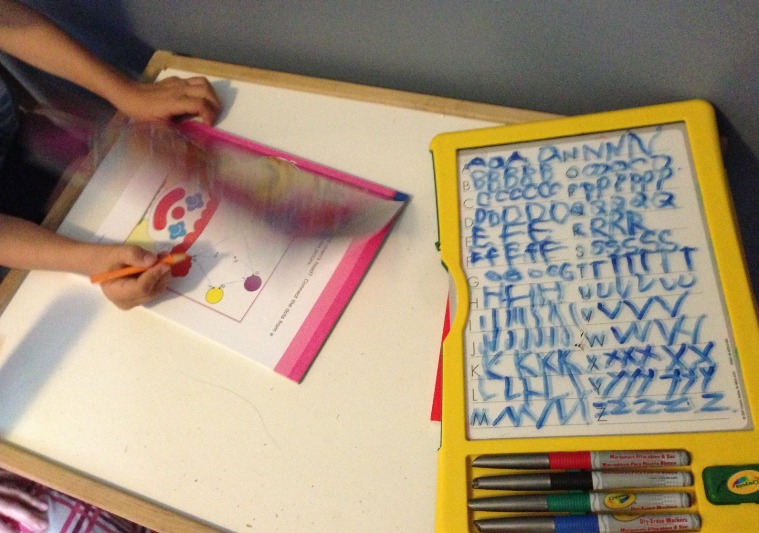 We are in that season of weather when it’s cool one minute, hot the next. After rain and thunder most of the day, we sent him off this morning wearing his rubber boots except it was sunny and awesome after school.

There is a park on the way home and they often stop to play. You see where this is going.

When it came time to go home, Z complained his feet were too hot and took off his boots to walk home in just his socks. Despite all pleading from our nanny, he walked home 2 blocks in his stocking feet.

2 problems: 1) our nanny is too passive and isn’t taking control. This worries us after the last international nanny we had looking after the boys had the same issue. 2) we have a kid that doesn’t listen to the designated authority figure.

With summer around the corner, our nanny will be the boss for many more hours than she is now. We’d love it if she was stronger with the boys and wouldn’t put up with their protestations, but she gives in. So we will work on that with her, and try to give her the confidence to alpha dog them, but in the meantime something had to be done for Zacharie’s defiance.

We grounded him. No shows after school and he was required to be in his room for the whole night except for dinner. He stayed there from 4-5 and 6-8. The other stipulation? No toys. He could have all the books to read and puzzles to solve he wanted, but there were no toys and no tv.

In the end? He spent a couple of hours working on his penmanship and practicing his letters.

Can we ground him every day?

How do you deal with kids who won’t listen or step out of line?