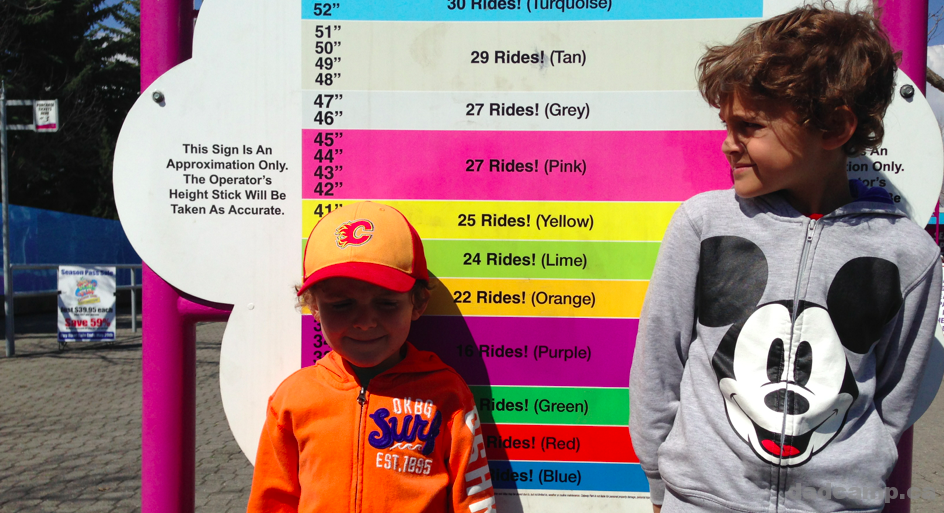 [twitter]“No, it’s your turn,” the couple waiting behind me in line argued. They went back and forth and eventually it was decided it was “her” turn, and “he” stepped out of line while she waited with her daughter.

A few seconds later, a mother gave 3 young girls a dose of truth when the staff wouldn’t allow them to move forward. “I’m not going on with you,” she scolded them. “You’ll have to pick a different ride.”

These conversations gave me confirmation that I was not the only one feeling my age on this day. My wife and I had Zacharie into our late 30s. While we may be ‘average’ parents for the times, we’re old. I felt it today.

I heard these conversations as my pride at a big achievement for Zacharie evaporated into a pool of queasiness. Zacharie was tall enough for the ‘big roller coaster’ at the end of last summer’s season at our local amusement park, but he wasn’t brave enough. This year, he was ready to tackle two laps of The Vortex at Calaway Park featuring a big drop and 2 turns upside down in the corkscrew.

I eagerly went with him and shot a video of his ride.

It was awesome. He was suitably freaked out, and a few minutes later he was talking about how he wanted to go again.

There was a time when I could ride all day long at an amusement park, now just a slide at the playground and I’m done. Get me in a tire swing? Game over before it ever even starts.

I’m old. I remember the days doing amusement parks from dawn to dusk when I was a kid. No more. This is why you have kids in your youth, I think. Amusement parks.

Have kids in your 20s, and you can probably still have enough stamina to do ‘all the good rides’ at Disneyland with them in your thirties. Start having kids in your late 30s, and when the mid-40s roller coastering rolls around, you’re one and done.

I don’t know how my parents (both around 70) handled escorting Zacharie around Disneyland last year. Back in the day my Mom was fine tempting me to go on the roller coasters with her – she had me when she was 25, she had the energy. Now? Well, I’m sure they were glad he was more interested in going to the Jedi Training Academy than riding Space Mountain a dozen times.

Yes, the most important reason to have kids when you’re young is the ability to handle rides at the amusement park.

It’s probably my own fault that I can’t take it the older I get. I’ve taken Zacharie on rides before he was ready in the past and gloated about being a ‘bad dad.’ Now it’s time for payback. 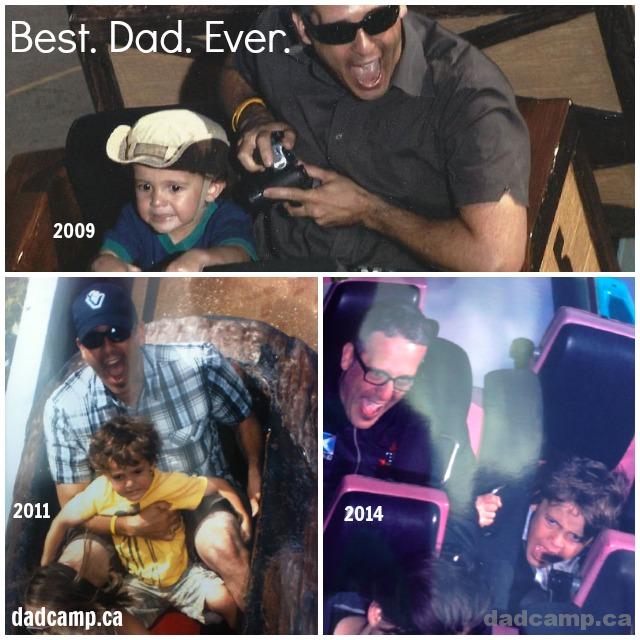 And the worst part is yet to come as I’ll have to do it all again as Charlie is still 2 years and 11 inches behind Zacharie.