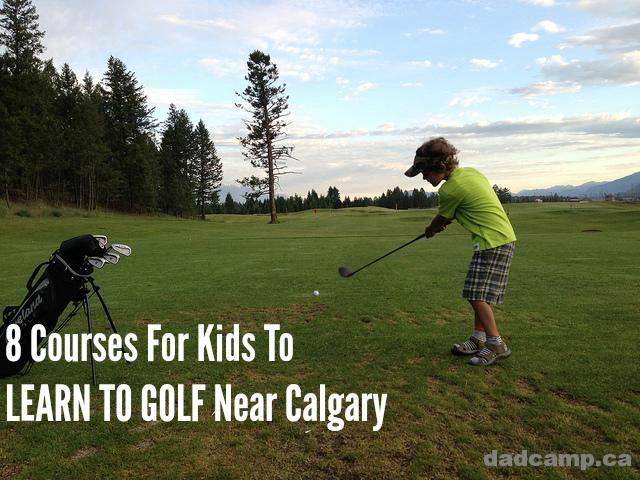 [twitter]It started last March. As the snow melted, Zacharie asked if he could come with me to the opening day at the driving range. It was then I discovered my son was a leftie.

After a few chases on Kijiji, and some old clubs found by his grandfather, Zacharie came out with me a couple of times to hit balls off the tee.  Then another friend found a full set of clubs at a tournament, and Zacharie got his own bag and complete set to do it properly.

Again he came to the range a few more times, and when we went to Copper Point Resort last July, I took full advantage of their policy allowing kids on the course.

Later in the summer he’d join me for Kids Golf Week at River Spirit. At the end of the year, we made a trek out to Silver Tip to play their twilight short course.

So he’s got the bug. While he just likes to run down the course, play with the gadgets on the cart, and not really do much ‘golfing’ per se, he’s still interested. This summer, we’re going to see if he wants to learn technique, rules, and etiquette by dropping him in a proper golf camp. 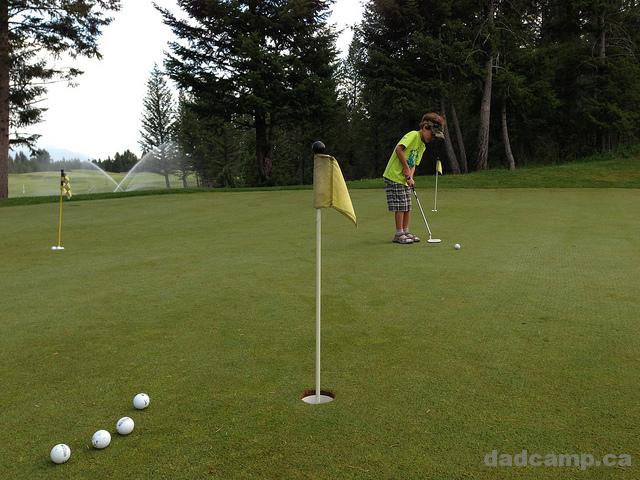 Here’s a look at some courses offering golf lessons for kids in Calgary:

Not necessarily “near” Calgary, but this area is a popular escape for Calgary families and the 3 day midweek Nike Junior Golf Camp is a great introductory program to see if your kids really like it. They also have a weekly Tim Hortons Kids Can Golf program running through May and June. Both camps run for kids 5 and up and cost $79 for the younger kids and $99 for the older ones.

Golf Performance Canada runs all sorts of lessons at this club from private instruction all the way down. Spring lessons for juniors start as young as 4 yrs old and run after school in the spring for $75. In the summer, there are day camps for $100.

The city manages courses across the city and offers Family Golf Nights all summer long where kids can play free and win some prizes while munching some Boston Pizza. Kids as young as 6 can get weekend lessons on city courses for $88. For older kids the city also organizes tournaments at some courses later in the summer.

This course in Calgary’s south has a summer long camp for $395 for kids as young as 6. The Lil Devil and Blue Devil Junior Golf Team consists of Kids  6 – 17 years old who will have a lesson with a Canadian PGA pro and  play a round each week for 7 weeks.  Points are awarded for participation, practice, and play throughout the session leading  up a a year end Ryder Cup Style Match.

Golf Canada Centre has lessons for everyone in the family and every skill level starting with camps for kids under 6 and moving all the way to high performance lessons for those who want to win some money on their weekends. Lesson packages are on weekends, or weekday evenings, run all summer and start at $119.

Valley Ridge, on Calgary’s west side, will be offering 2 day camps for kids throughout July. They’ll have beginner and advanced classes that run a half day and include lunch starting at $100.

The Golf Dome, as it’s known, has junior programs for kids 6 to 14 and because it’s indoor instruction, you can take the kids here to learn and practice no matter the season or weather. The National Golf Academy runs after school classes as well as 4-hour weekend classes starting at $65, at Shaganappi, McCall Lake, Confederation Park, and the NGA Dome.

Little Eagles can learn to golf as young as 4 with programs starting at $79 for 4 sessions. Junior Eagles can take lessons through the age of 15. Both programs happen at the Douglasdale Golf Course and the Eaglequest Calgary Dome. Full and half day camps are available through the summer starting at $219. For kids who know and love to play, they can also join Junior Leagues.