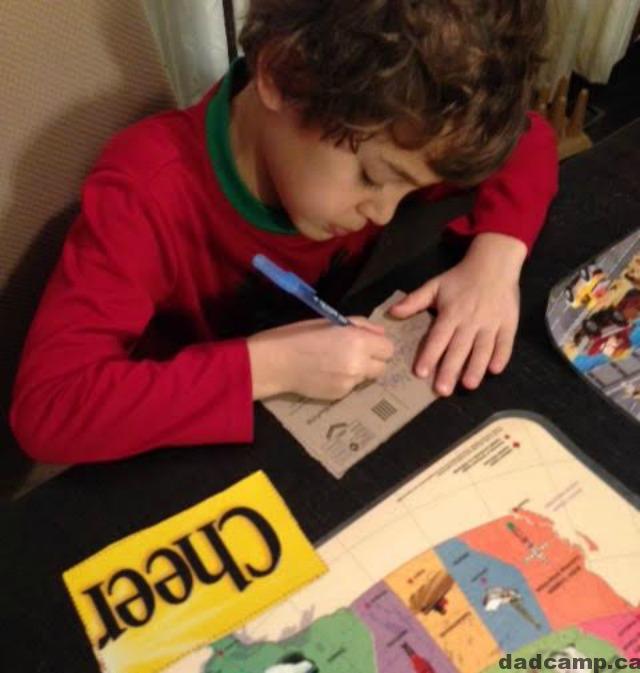 [twitter]Cheerios and I don’t always see eye to eye, but that doesn’t mean I haven’t stopped buying the boxes.

Right after Charlie’s face adorned the backs of Cheerios, the next promotion to come along was one supporting Team Canada at Sochi 2014.

You cut the CHEER! out of Cheerios, and it turns in to a postcard that you can mail to the athletes.

I’ll take any chance I can to have Zacharie practice his writing, so that means Christmas cards, letters to Santa, thank you cards, valentines, and letters to Team Canada.

“I want to send one to Canada,” he said. So a letter to the entire team was crafted with a scribbled maple leaf and Go Canada Go chanted. 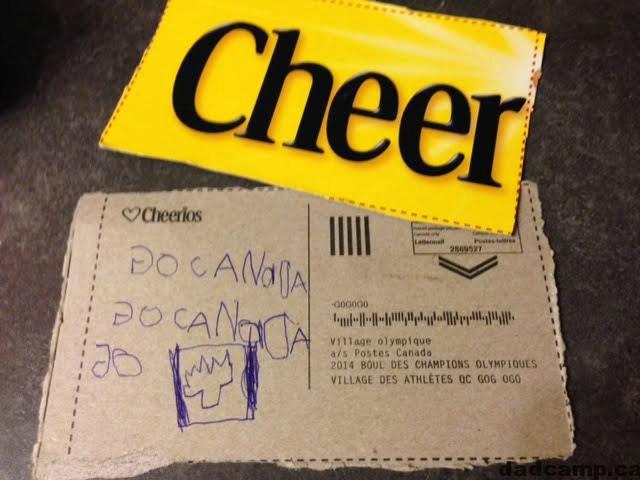 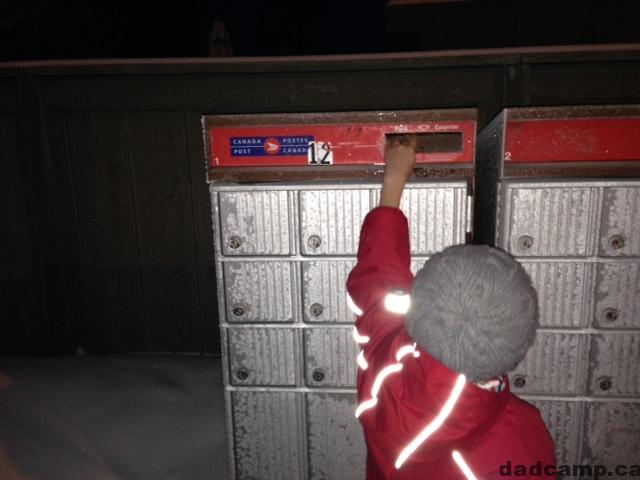 We hustled to the post box before school and sent off our encouragement to Team Canada at Sochi 2014.

Got a kid who needs some letter practicing encouragement? Send some off. Better yet, just send one off because these athletes deserve our support for the years of sacrifice they make in the name of a few seconds, minutes, hours of national pride.

Be careful, however, about posting photos to the Cheerios Cheer Wall. Once you give them that pic, they can (and will) do whatever they want with it.