[twitter]We have a few family photos we will take every year with our boys.

We’ll do a formal family one for a Christmas card in the fall. We’ll take a picture with Thomas the Tank Engine at Heritage Park. We always go and sit on Santa’s lap.

I try to resist the school picture package, but we always do one on the fronts steps on the first day. We’ll take one of the boys in front of the height measurer at Calaway Park. We’ll take a picture in the party pool.

It started in 2010 when the boys splashed around on the back deck. This picture pretty much solidified Charlie’s nickname as “The Chooch” and we just kept it up year after year after year.

Looking back on these past photos at the start of each summer makes me smile. Each year, when we do the spring cleaning and haul the blue party pool out from under the deck, we do some duct tape surgery and toss it into the yard for another summer of splashing. I can’ t imagine us ever throwing it (or the miniature Adirondack chairs) out – ever.

Zacharie and Charlie could be 25 and 22, and I’ll still make them sit in the pool for the start of summer photo. Here’s how it has looked over the years: 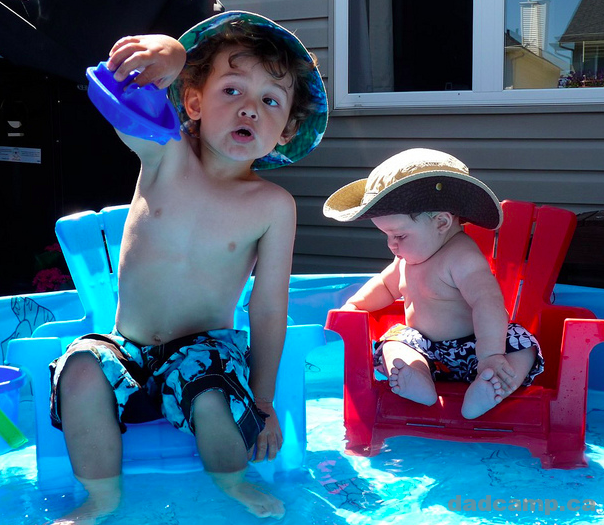 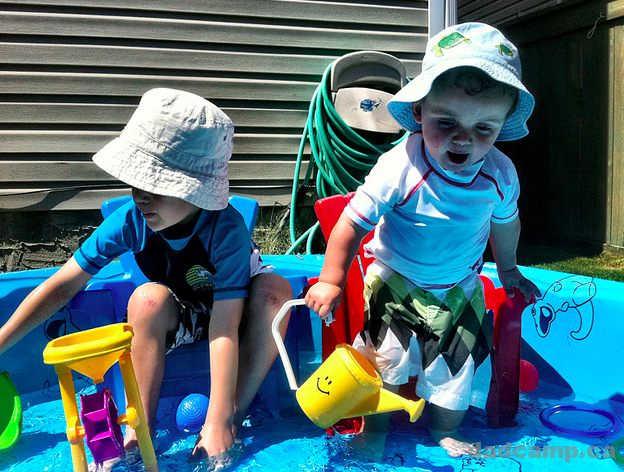 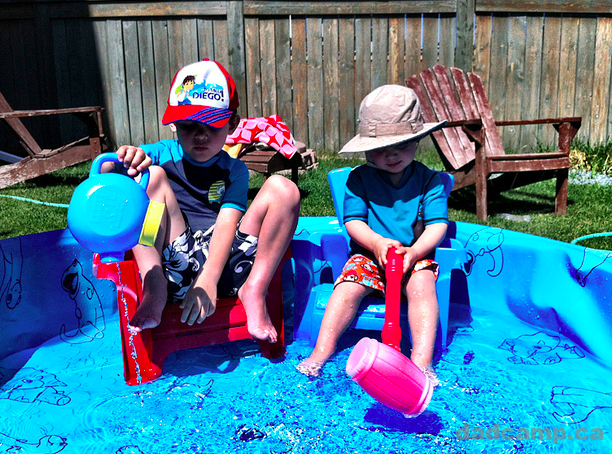 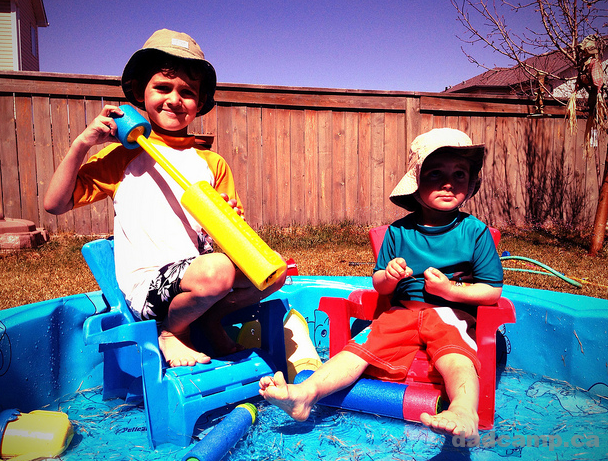 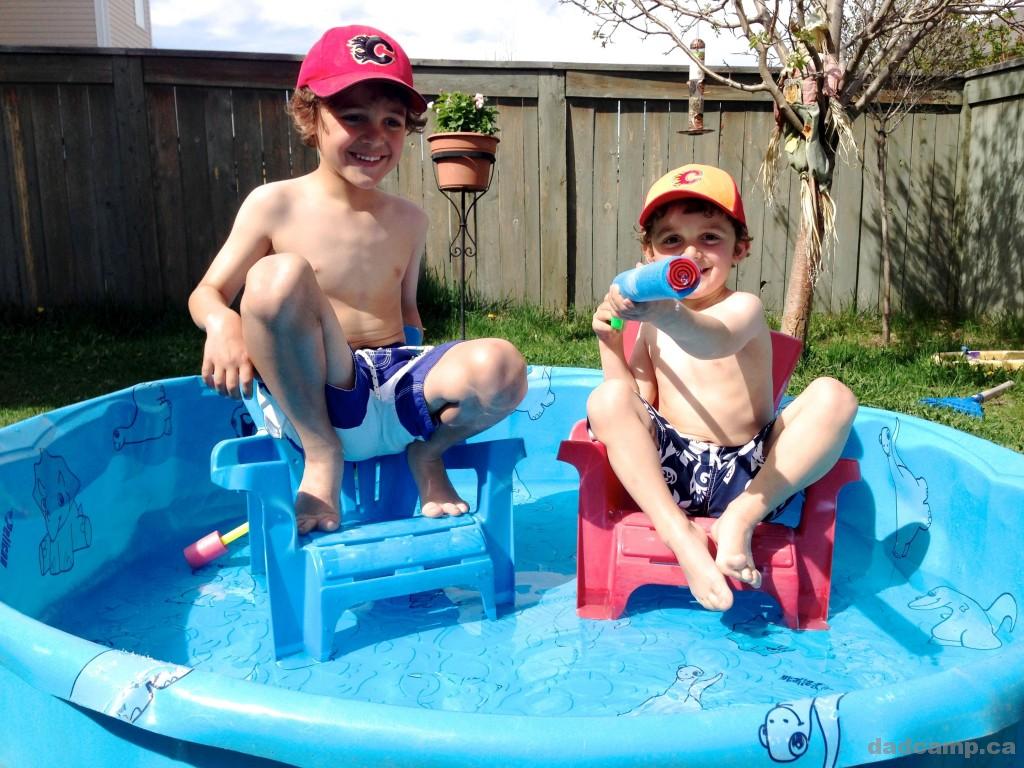 You know when summer’s here, because the party pool picture has been taken for the year. Achievement unlocked, bring on summer!