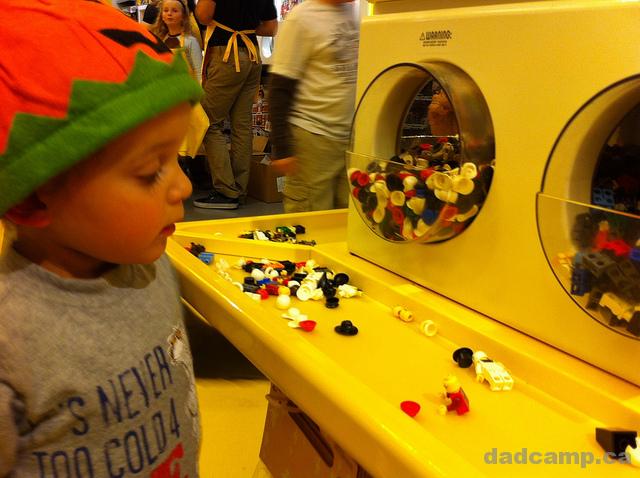 [twitter]LEGO® is king in this house. The boys will play with it for hours. They love building new sets the best, but you can drop Charlie on the carpet with a bucket of bricks and he will craft stories and adventures with character voices and sound effects all day long.

This weekend I invented a pictionary / charades sort of game for the boys. I would shout out an item and they would race to build it. Hockey Stick! Goalie Mask! Black Rocket Ship! and off they scurry to find the pieces. 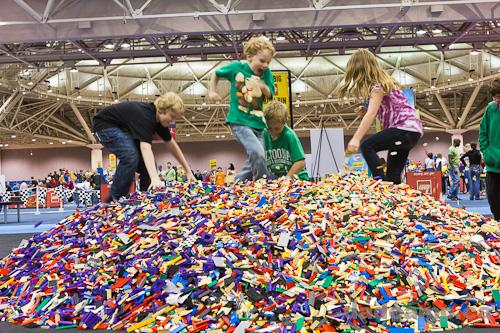 LEGO is about to take center stage on our family calendar, despite the many circles we have over the next month. There’s the monthly mini build at the LEGO Store, Thomas the Tank Engine is at Heritage Park, Zacharie‘s birthday is in May, but the headliner is the LEGO Kids Fest Calgary May 16-18.

Over the past few weeks, I was running a contest to win LEGO KidsFest tickets and David Smith  of Calgary has been picked the winner by USFG!

Here’s what David, his kids, my kids, and yours can expect from the latest LEGO KidsFest press release:

The LEGO KidsFest North American tour makes its first stop in Canada at the BMO Centre at Calgary Stampede May 16 – 18, 2014.

With it comes all of the creative hands-on, minds-on fun of LEGO building and experiences together in this three acre activity- and entertainment-packed family event. LEGO KidsFest is for children of all ages and builders of all skills and interests.

Among the many LEGO attractions, families will find:
• LEGO Model Museum: walk among the dozens of life-sized models made from LEGO bricks
• LEGO Master Builders: learn new building skills from the crew who get paid to play
• Race Ramps: build a custom car, then race it down the ramp against friends and family
• Construction Zone: enjoy a creative build, play, and display area
• LEGO DUPLO®: explore imagination through building for the younger set
• LEGO Retail: purchase LEGO merchandise and official KidsFest tour goods
• Brick Pile: build and have fun in a gigantic pile full of LEGO bricks for creative play and enjoyment 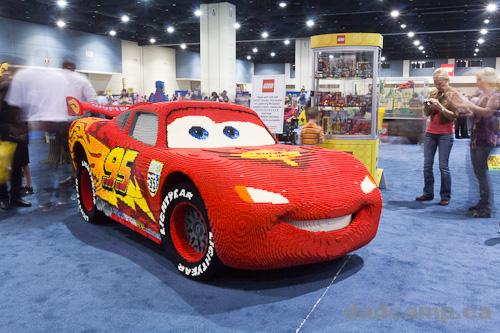 • Monochromatic Builds: construct buildings and more using bricks of a single color to foster group creativity
• LEGO Friends: build for the five empowered friends from Heartlake City
• LEGO Ninjago: spin the way to being a Spinjitzu member
• LEGO Mindstorms: build and program robots and snakes
• LEGO City: use your imagination to create buildings and vehicles to the urban diorama
• Disney Princess: Discover the world of Disney Princess through LEGO bricks.
And much more!

“Any family who likes to be inspired, get hands-on and have fun together won’t want to miss LEGO KidsFest,” said Vince Rubino, LEGO Events Manager. “We’re bringing so many activities for area families to test and showcase their creativity and building skills in what is sure to be a family event to remember.” 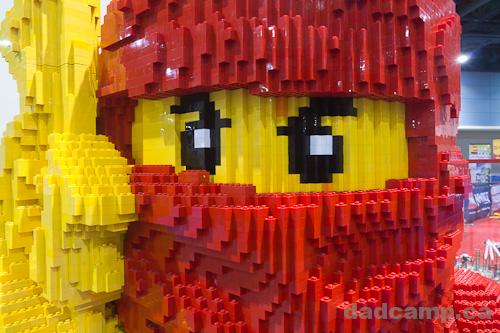 Based on sell-out attendance in previous markets, advance ticket purchase is strongly encouraged.
Five sessions – all identical – are available for the May 16 – 18 tour stop. LEGO KidsFest tickets are $25 for adults and $23 for children (plus tax and fee) and can be purchased online.

Disclosure: DadCAMP is an ambassador for LEGO KidsFest Calgary via USFG.