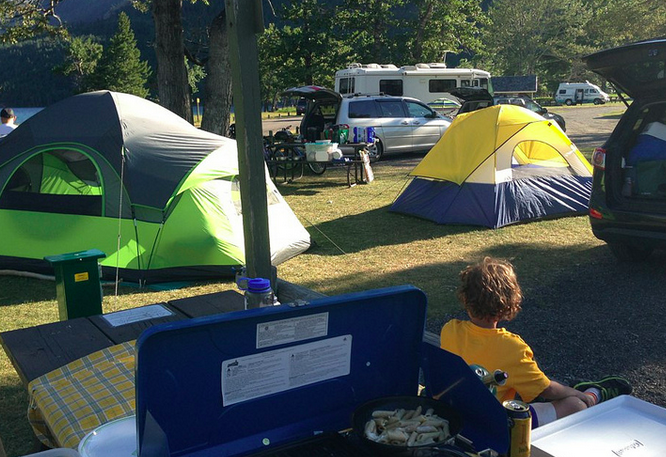 [twitter]I don’t know what the rules of quiet are in a campground. It’s an odd thing, everyone waits for it to be dark before they fire up the fire, and that usually doesn’t happen until 10p in the summer in Canada. So, camping with kids means late bedtimes.

I went camping with Zacharie this weekend, and we seemed to be surrounded by groups that had done “team camping.” They piled multiple families onto one site, or got neighbouring spots and just lit it up.

Last night, after a long day hiking and playing, Zacharie was just pooched. Except, at 10:15, everyone else was just getting going. I muttered under my breath how loud everyone was and how going to sleep would be hard.

And off he bounded with his neon monster pajamas and flashlight in hand to confront a dozen grown-ups about the noise they were making. I lurked in the shadows of our tent, letting him fight the battle.

“Excuse me,” he softly asked 3 times before they finally acknowledged him. “Um, I’m trying to go to sleep and you guys are being pretty loud. Can you guys be quieter?”

A quick apology from the crew, and Z ran back to the tent. 10 minutes later silence. Until the wind whipped up treating our tent like a kite and keeping me up til just about 4am.