[twitter]If you’re one of the parents going through the hoops to perpetuate the spirit of the Santa Claus myth (like by going so far as to explain the Santa math behind how he does it), Justin Bieber thinks you’re a liar.

Growing up, Bieber’s mom didnt’ do the Santa thing.

He says his mom, Pattie Mallette, “always told me there wasn’t a Santa.”

He explains, “This was her logic: She thought if I grew up knowing about Santa then finding out he wasn’t real, that it would be like she was lying to me. And then when she told me about God, I maybe wouldn’t believe her.”

“She just wanted to be straight-up and honest with me all the time,” he adds in an interview with AOL Music, noting, “But I didn’t tell my friends or ruin it for anyone — I was a good kid!”
[GossipCop]

Sorry, Biebs, but I like lying to my kids.

We’ve got the Elf on the Shelf hiding all around our house to report back to Santa. I’ve picked up a Santa voice changing app so my son can hear messages from the Jolly Old Elf himself. When we go to the mall, we take pictures of the things my son wants and email them to Santa. We visit every Santa we see in the mall, except he knows those are not the real St Nick. They’re just the helpers.

Santa Claus is about the spirit of the season. A happy man who tries to do good in the world by rewarding people with anonymous gifts and kindness. Where’s the lie in that? I’m sure if Christopher Hitchens were to debate Bieber on his belief system, he would say there is a bigger lie Justin is buying into.

Whether you believe in Santa and/or the little lord Jesus, you’re perpetuating the spirit of kindess, charity, giving, and happiness. That’s what this season is all about.

My son has gone and picked out his favorite toys to drop at the firehall for “the girls and boys who don’t have more toys.” He drew pictures for 2 senior citizens we adopted through Santa’s Secret Service. He rang bells in the mall for the Salvation Army.

If lying to my kid about Santa has a side effect of that kind of charity and giving, then I’ll lie to him every day.

UPDATE: I did the jingle bells with Zacharie that year as I was new to a radio station and we all took turns. Now we support other organizations that give back at the holidays like the Calgary Fire Department and Seniors’ Secret Service. 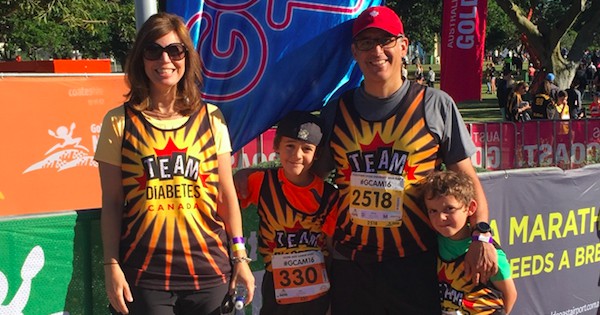