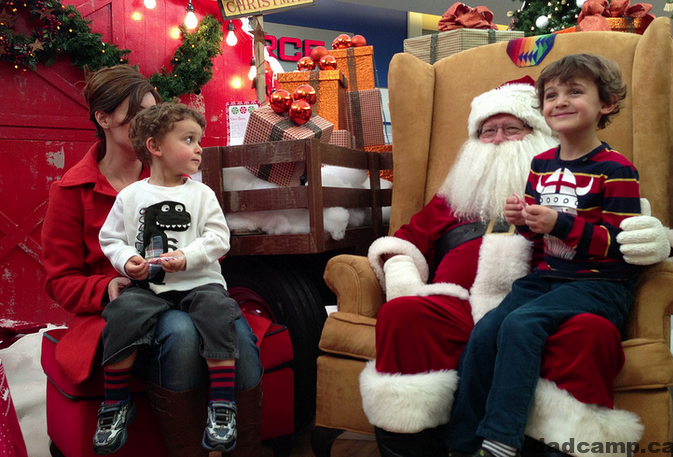 This has nothing to do with naughty and nice lists. It just has to do with, well, stuff. My kids have too much of it.

My wife fights off my suggestions of a present free Christmas saying there must be more than just one thing under the tree.

We already give them too much.

We already give it to them too often.

Christmas is a happy time of family, and I love the kids being in awe of you, Santa Claus, and the magic of the season. And while they may want lots of stuff, they don’t need anything. Christmas presence is more important. Isn’t it?

Globetrotting Mama convinced her family to do this in 2011 calling it “present free and presence heavy.” Sure, it was out of necessity with the family taking off on a year long gallop around the globe, but when they returned the idea stayed.

“This decision isn’t ‘anti-Christmas’, it’s pro-us,” she writes. “We love the excitement around Christmas. We love the family get-togethers and the cookies and even decorating the house, so why not have more of that?”

Oh, how I love this, Santa. We don’t even have to go cold turkey like Heather did. Just cut back. Way back.

The kids could get one gift and it would be fine. Because it is the art of opening the box rather than what is inside it that counts. Watch your kids, they’ll just open open open open like it’s a game to collect the stuff, without ever really pausing to appreciate each gift.

No disrespect to you, Santa, but Christmas is, frankly, overwhelmed with a pile of stuff. Make it one magical perfect gift, and the day has meaning. Toss 3 LEGO sets, an app gift card, some socks, a board game, 2 books, and a movie pass under the tree, and well, it just becomes a bunch of stuff.

What do you think, Santa? Would it be okay if you skipped over our house this year?