[twitter]The Calgary Comic and Entertainment Expo is on in Calgary this weekend. There is much geekery to be had across the city. It’s that Fan Expo / ComiCon sort of thing where people get dressed up in homage of everything from Sailor Moon to Dr Who.

So while my wife took Charlie dressed as a Stormtrooper to a costume birthday party, I spent the day with Darth Vader (Zacharie). I couldn’t let the boys be the only ones in costume, so I threw on my Star Wars t-shirt, and a C-3PO mask.

I love that the boys love dressing up in costumes, they just loosen everyone up and bring a smile to random faces. Every day when I come home I am greeted by a mix of Transformers, Superheroes, or Star Wars characters. It’s the best.

Before everyone went their separate ways, we took a team photo. 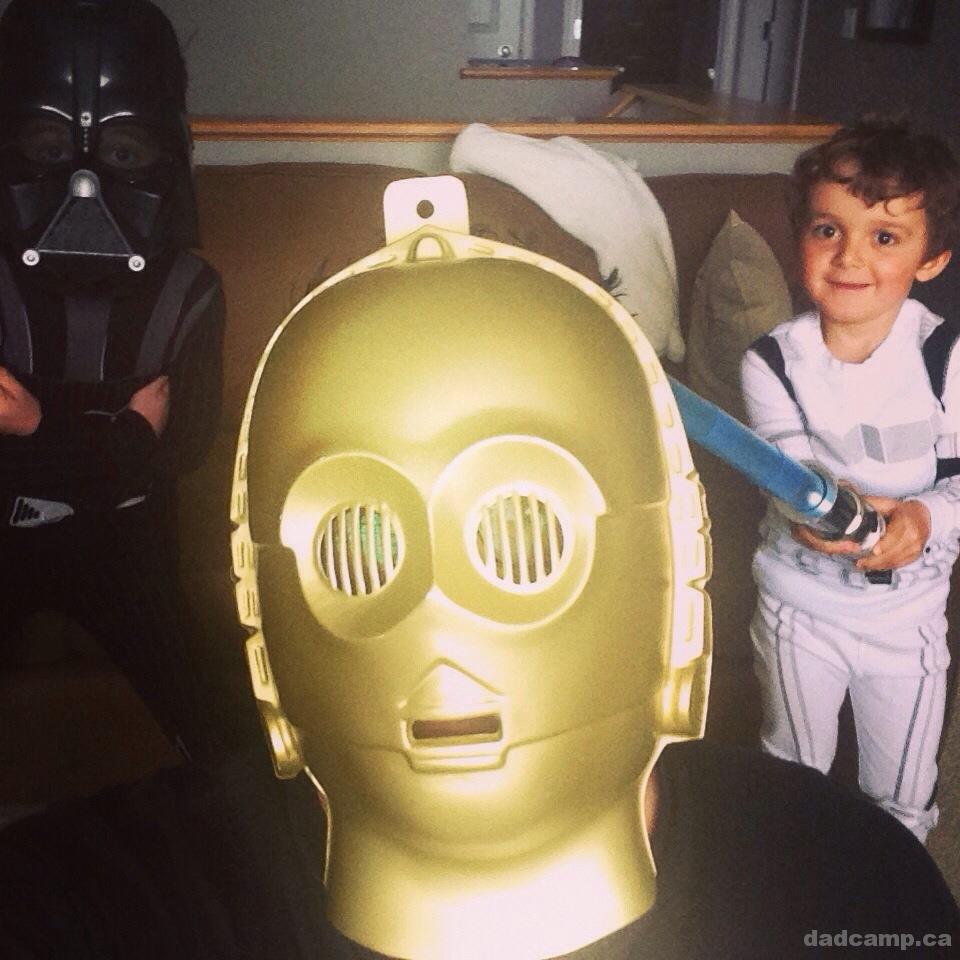 When Z and I got downtown, we saw a random bagpipe parade.

Then we had pizza.

We wandered the mall. 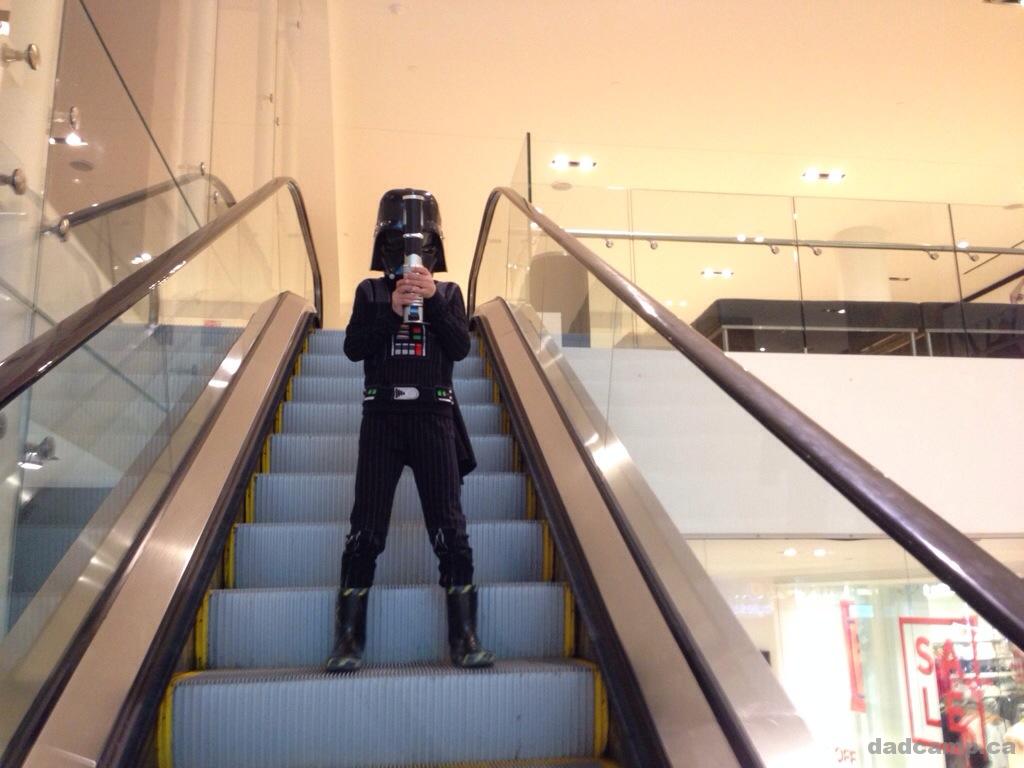 We got a $3 calendar for Charlie. 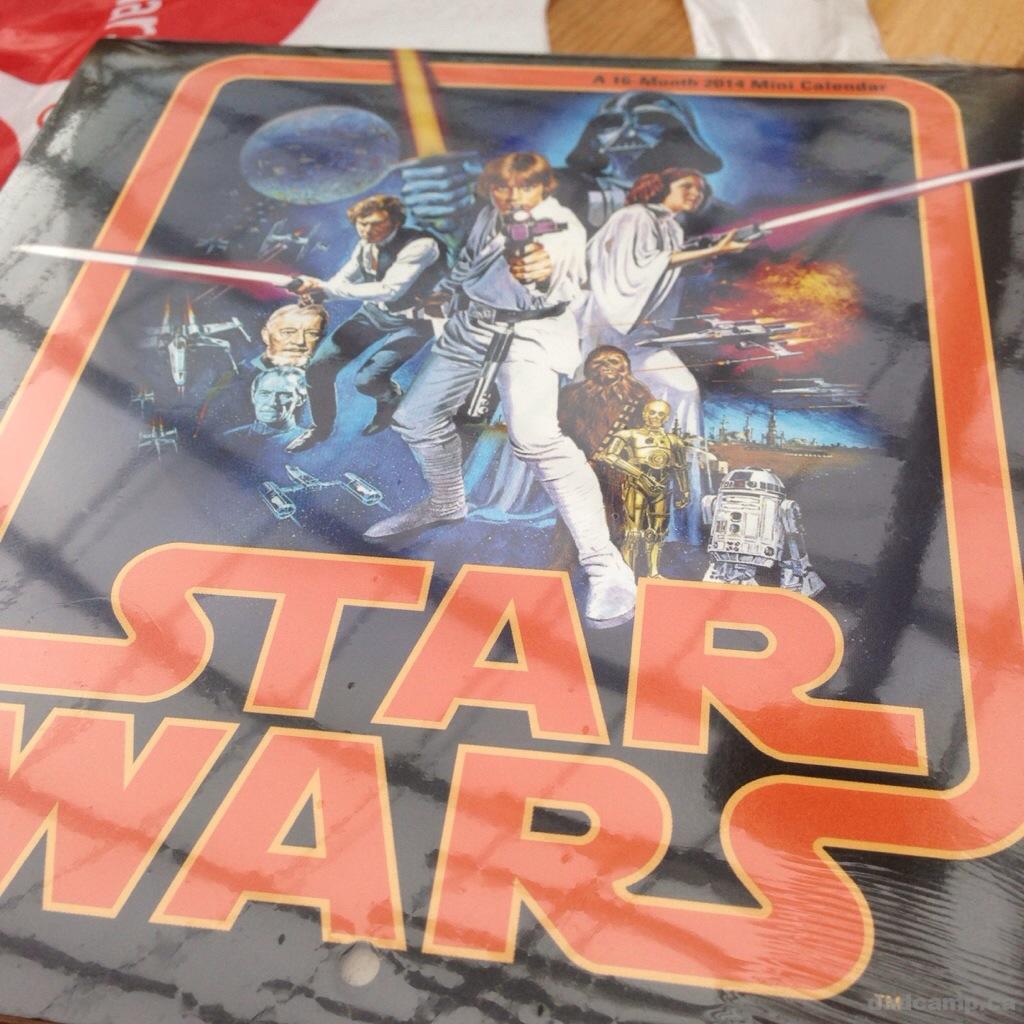 We took the C-Train to the Stampede grounds for the Expo. 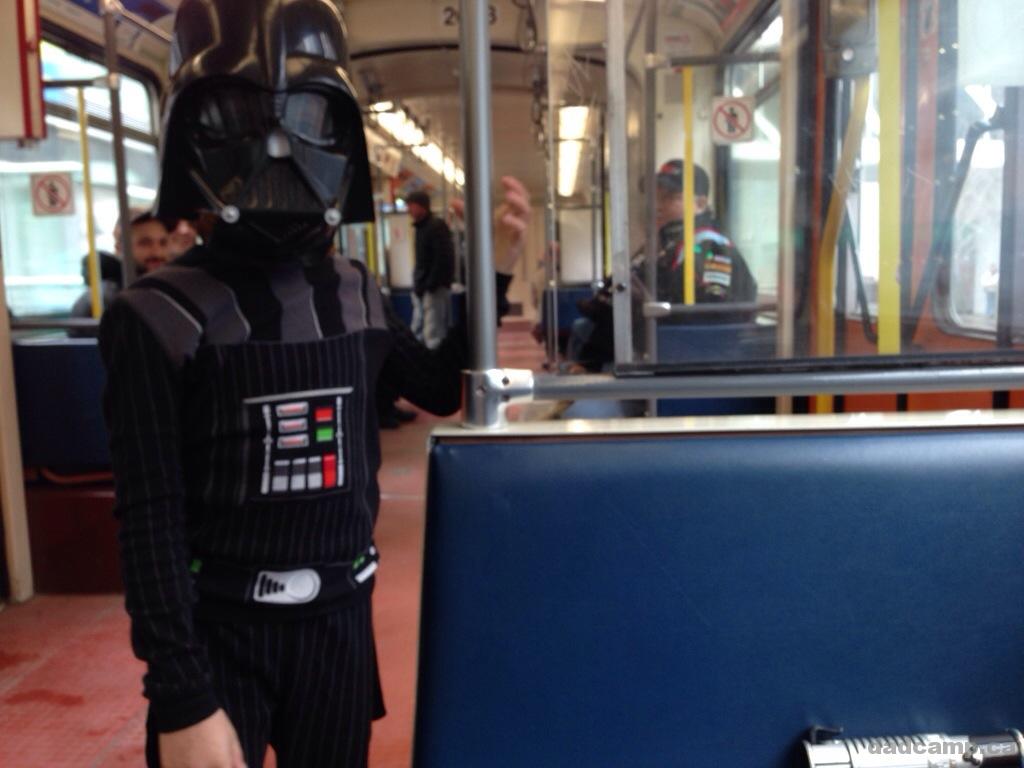 Actually, you might call it the C-3PO Train because of all the costumes. 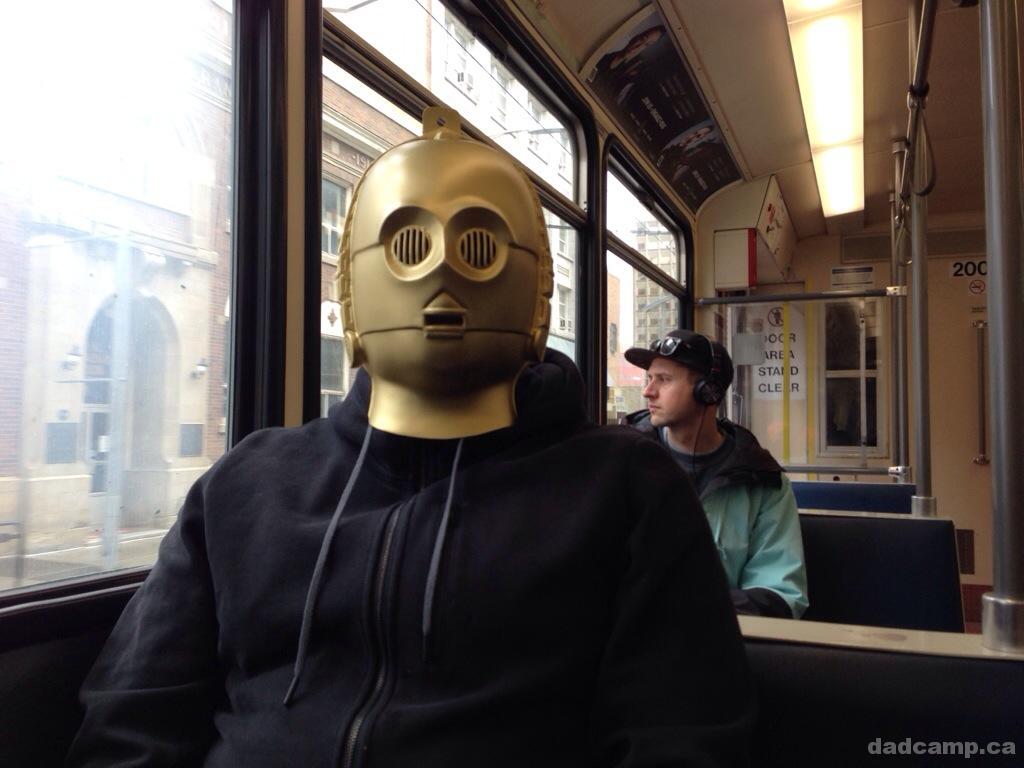 We didn’t have tickets, but I thought we could wander the halls outside the convention rooms. No dice. 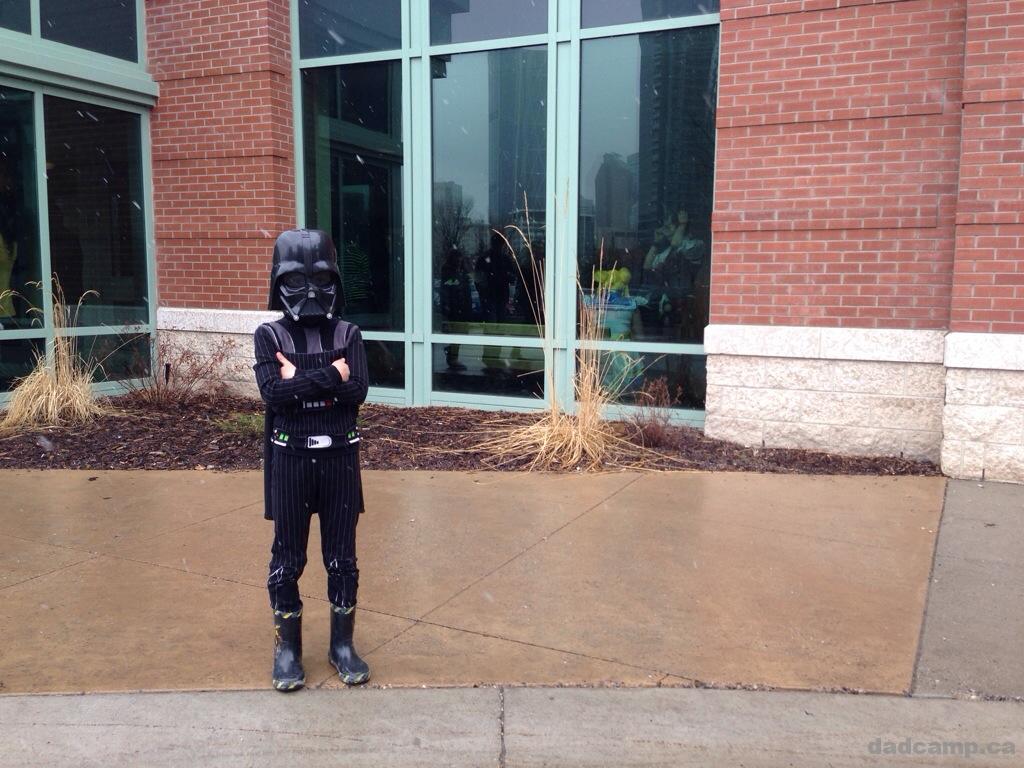 So we went and did groceries instead. 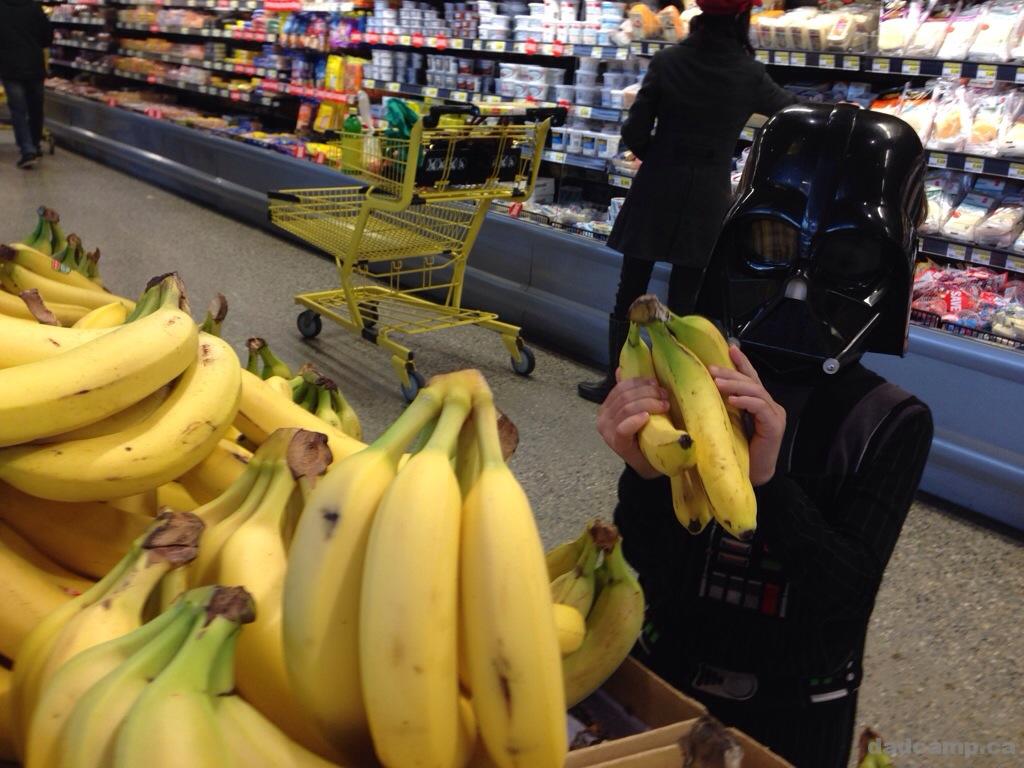 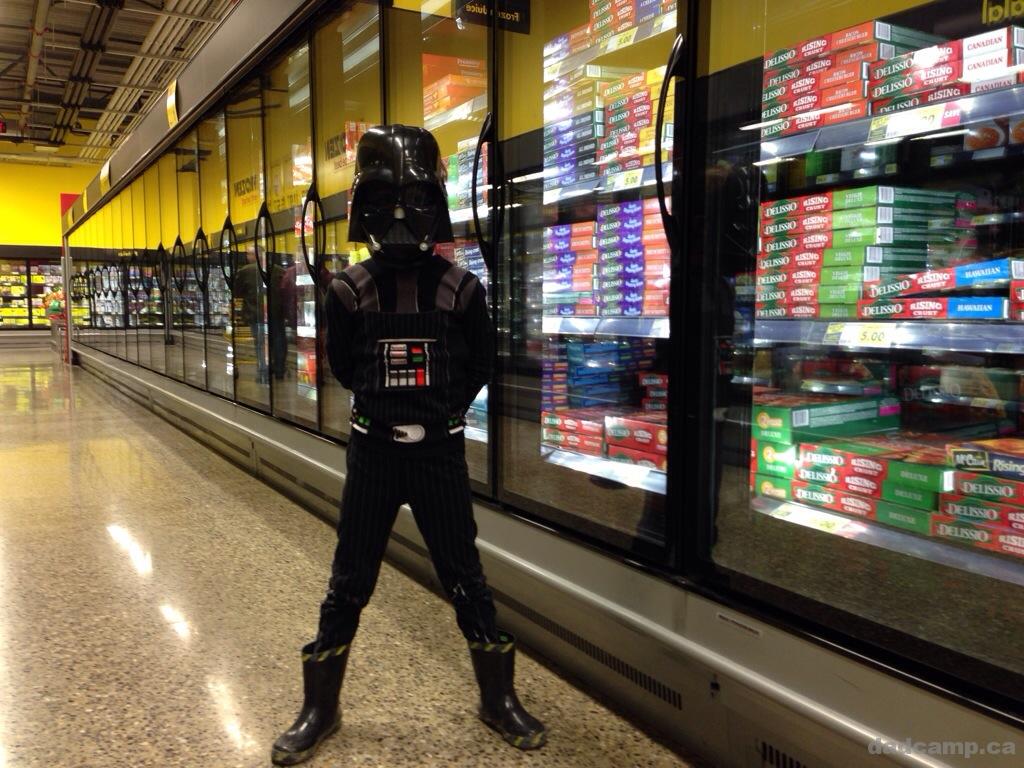 A day with Darth Vader is pretty much the #bestdayever.