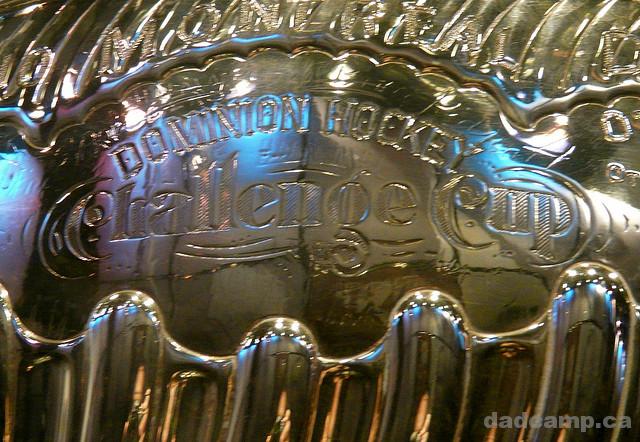 [twitter]“Don’t touch it,” I whispered to Zacharie as we waited in the long snaking line on the concourse outside section 217 of the Saddledome.

Inside the arena, the Calgary Flames were down 3-1 to the New York Islanders midway through the second period. It was nearly 9 o’clock, and my six year old was fading.

After being invited to the game to sit in the Press Level Seats to see Joe Nieuwendyk become Forever a Flame, we moved to the lower level of seats after my friend and his five year old left after the first period.

As Zacharie lay his head on my lap again, Beasley announced over the PA that The Stanley Cup, President’s Trophy, and other NHL hardware were on the concourse for fans to see. I nudged Z to get up. If we were going to leave the game without seeing the end, the middle of a period would be a great time to try and see The Cup before heading home.

We waited for a whistle, and then climbed the stairs and walked around to the other side of the rink. As we walked, I told Zacharie about The Stanley Cup, how it’s awarded to the champion of the NHL and how you’re not supposed to touch it.

I told him about my visit to the Hockey Hall of Fame years ago and how, even though I leaned close to The Cup, I dare not touch it. 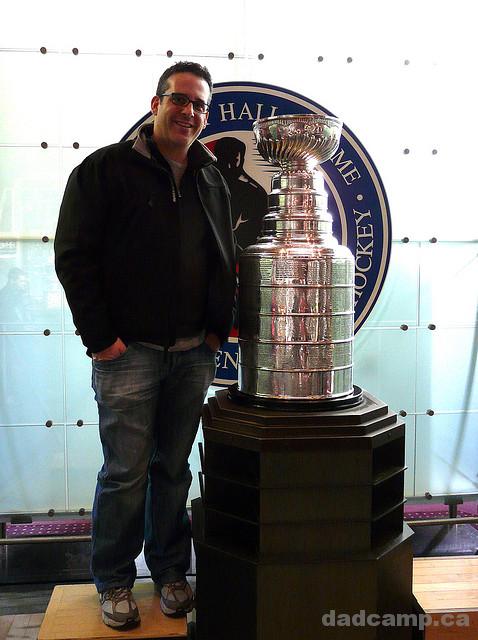 “I’m going to touch it, Daddy. I want to know if it’s rough or smooth,” he said.

And so, when it was our turn with the trophies, my son reached out. “It’s rough, and bumpy, Daddy,” he smiled as his small hand ran across the engraved names from decades past.

He touched The Cup. It’s over. He’ll never win it. 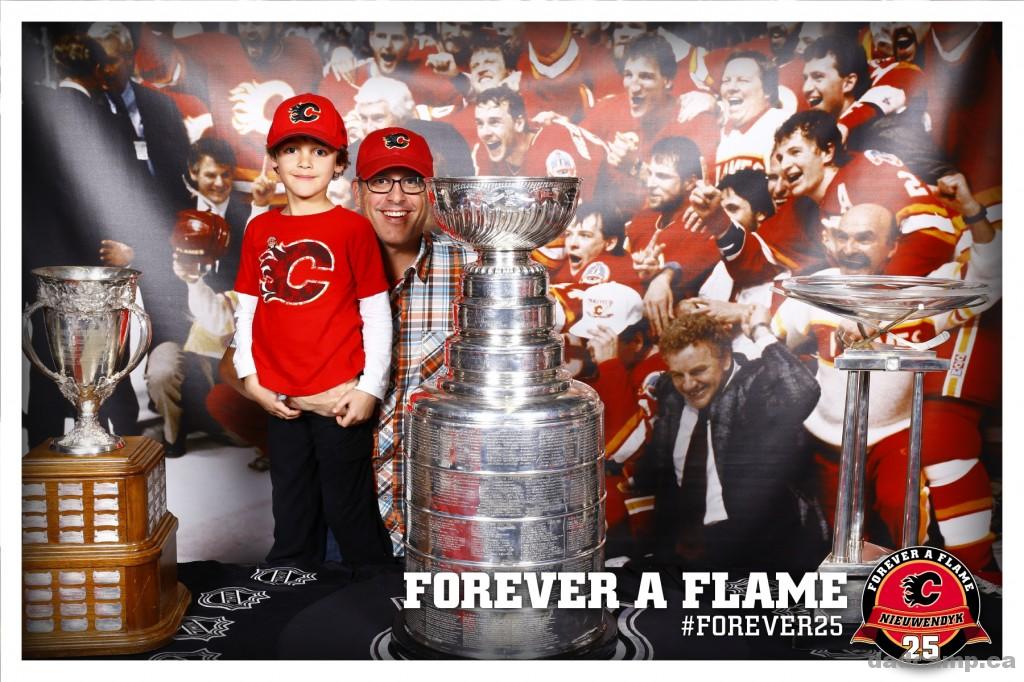