[twitter]I spent my first year of university in the arcade. On my own and with a choice to play in the basement of the Student Union Building or attend a physics lecture, I chose the games more days than not.

I’m not sure you could say that was “a bad choice,” because that choice had me fail out of university after two years. Left with a decision about what to do with my life, I switched to a radio broadcasting trade school. Nearly 25 years later I’ve carved out a pretty successful career in broadcasting.

Every now and again I’ll go a relive the lure of the quarter driven machines by taking my boys to a hot dog shop in Calgary, Tubby Dog. Well, that’s the name of it, the boys call it Tummy Dog. They serve big hot dogs, trays of fries, and, in the back corner, there’s a pinball machine and 3 arcade games.

Zacharie had a playdate with a school buddy on Saturday a few blocks away from Tubby Dog, so while Z played with his pal, I had a date with Charlie.

He climbed up on the stool and feverishly pounded the pinball flippers while I launched the ball into the game. He had no idea what he was doing, but loved the clicking, the bells, and the ball flying around.

He’s a kid raised on digital gaming. We have assorted iPods, iPads, and old iPhones lying around our house stuffed with free and 99c games our boys love to play. Their current favorite is Tiny Thief.

I’m hesitant to dump 99c into iTunes to buy a game. Many people are as the freemium model rises in popularity. But while those games will last “forever” on our devices, here I was pumping coins into the arcade for seconds of fun at a time.

Charlie squealed. “Another one daddy!” and I’d reach in and drop another quarter in the mouth to make it fire up again. 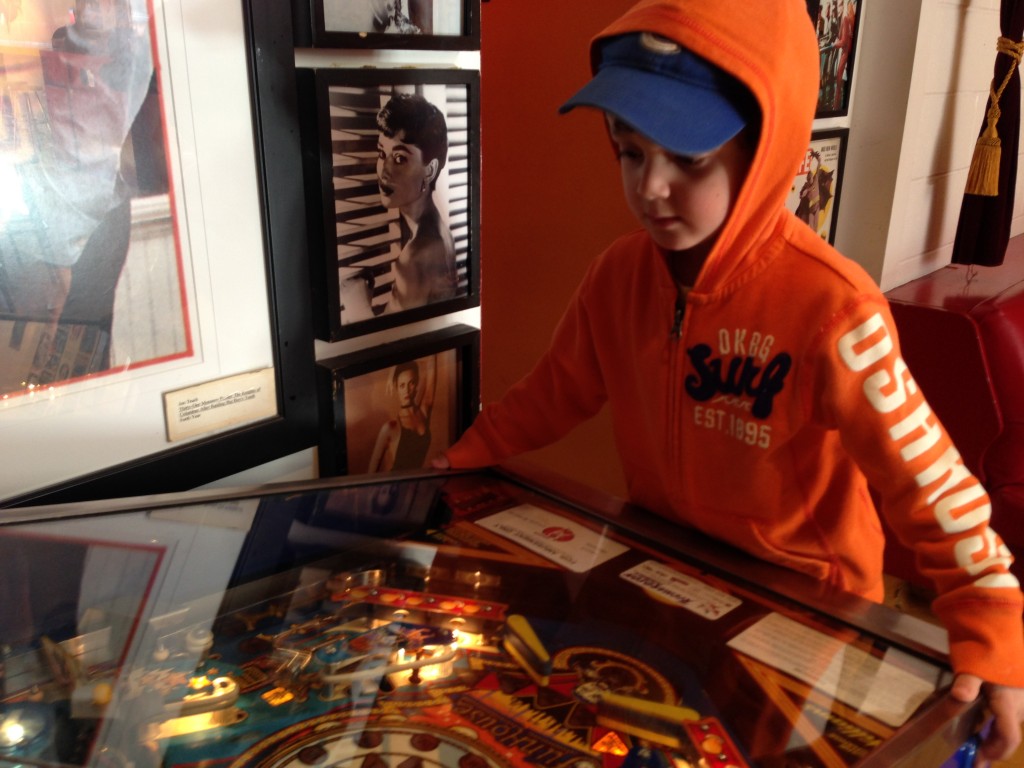 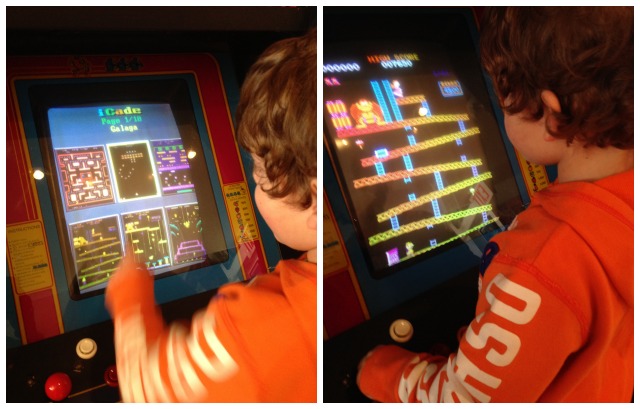 I was quoted this weekend in an article for The National Post about the joy of parenting and how kids can be “no fun.” When you have kids, things change. Immediately they change. You are now, and forever, the second, third, or fourth most important person in the room. It is never about you anymore, forever.

And that’s okay. But, in a selfish modern world, people lament the loss of self and how kids don’t get to bring anything fun.

I beg to differ. Kids reset your life by giving you a chance to rediscover the wonder of the world and remember your own long since expired youth.

The article is headlined ‘Economically worthless but emotionally priceless’: Children don’t make you happy, but can still be rewarding, expert says.

I can tell you the cost of children, a pocket full of quarters on sunny Saturday afternoon and a lifetime of laughs.