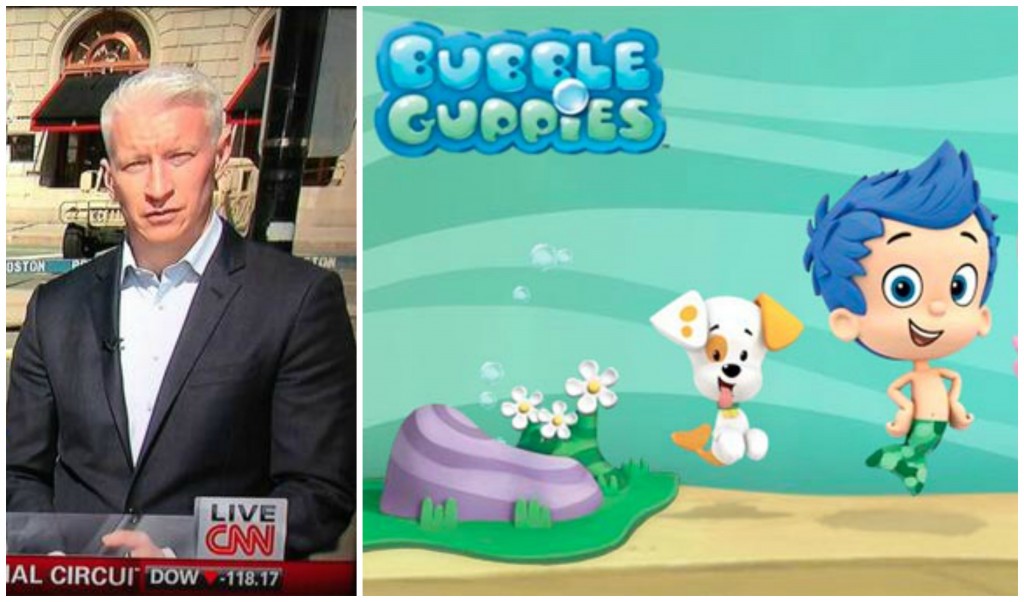 Like many this morning, the first thing I did was grab my phone to scrol through twitter to see what happened while I was sleeping.

Quite a bit, apparently.

Then, as I continued to follow Twitter for news, I switched on CNN for pictures. It has been a terrible week for CNN. They have had names, numbers, and details consistently wrong. This morning, one breathless reporter repeated “Something has just happened. We don’t know what it is. Let me catch my breath. Something definitely went off.” That’s a verbatim quote, not snarky sarcasm.

So while CNN bumbled around breaking news, I followed links and information on Twitter in the early morning hours on the couch in the living room. It’s my morning routine, to get caught up on news, and get prepared for my radio show from 6-730 while the family sleeps. They get up at 730, come downstairs and we all have breakfast.

As I heard Charlie’s little feet on the stairs, I grabbed the remote and switched the channel to Treehouse. Bubble Guppies replaced the bumbling reporters and, instantly, this Friday was like any other Friday.

You don’t need tips to talk to your kids about the tragedies that have happened this week. You just need some common sense. It is terrible, tragic, and disturbing, so change the channel. Chances are the Bubble Guppies are going to teach you more in 20 minutes than CNN could in 20 hours.